History of PTSD in Veterans: Civil War to DSM-5 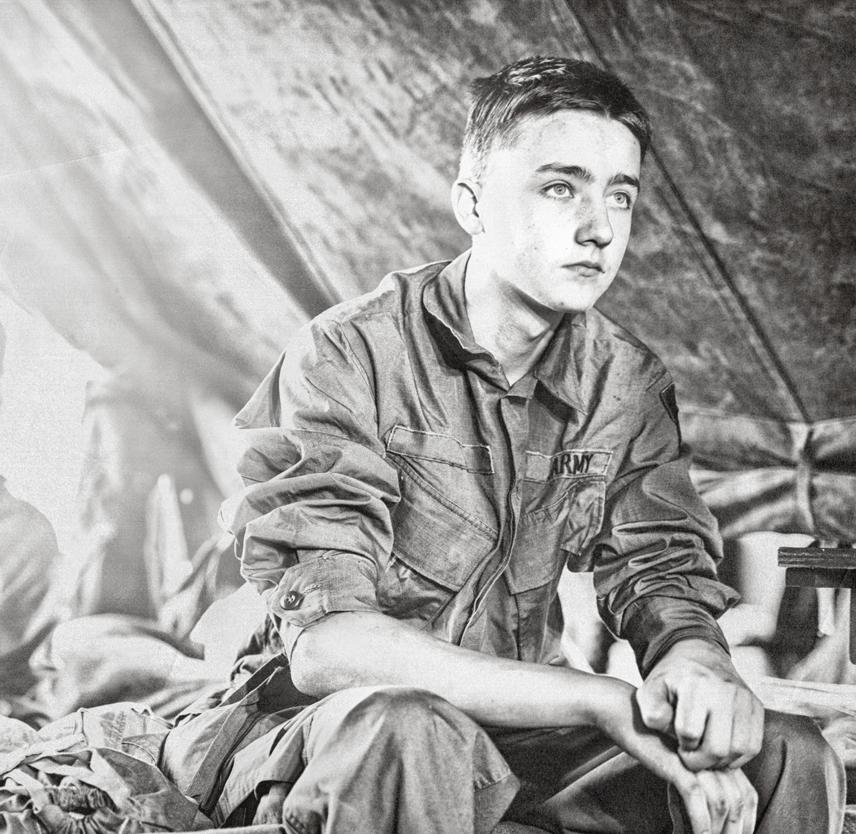 Exposure to traumatic experiences has always been a part of the human condition. Attacks by saber tooth tigers or twenty-first century terrorists have likely led to similar psychological responses in survivors of such violence. Literary accounts offer the first descriptions of what we now call posttraumatic stress disorder (PTSD). For example, authors including Homer (The Iliad), William Shakespeare (Henry IV), and Charles Dickens (A Tale of Two Cities) wrote about traumatic experiences and the symptoms that followed such events.

The PTSD diagnosis has filled an important gap in psychiatry in that its cause was the result of an event the individual suffered, rather than a personal weakness. PTSD became a diagnosis with influence from a number of social movements, such as Veteran, feminist, and Holocaust survivor advocacy groups. Research about Veterans returning from combat was a critical piece to the creation of the diagnosis. War takes a physical and emotional toll on Servicemembers, families, and their communities. So, the history of what is now known as PTSD often references combat history.

Early attempts at a medical diagnosis

Accounts of psychological symptoms following military trauma date back to ancient times. The American Civil War (1861-1865) and the Franco-Prussian War (1870-1871) mark the start of formal medical attempts to address the problems of military Veterans exposed to combat. European descriptions of the psychological impact of railroad accidents also added to early understanding of trauma-related conditions.

Prior to U.S. military efforts, Austrian physician Josef Leopold (1761) wrote about "nostalgia" among soldiers. Among those who were exposed to military trauma, some reported missing home, feeling sad, sleep problems, and anxiety. This description of PTSD-like symptoms was a model of psychological injury that existed into the Civil War.

A second model of this condition suggested a physical injury as the cause of symptoms. "Soldier's heart" or "irritable heart" was marked by a rapid pulse, anxiety, and trouble breathing. U.S. doctor Jacob Mendez Da Costa studied Civil War soldiers with these "cardiac" symptoms and described it as overstimulation of the heart's nervous system, or "Da Costa's Syndrome." Soldiers were often returned to battle after receiving drugs to control symptoms.

The thought that physical injury led to PTSD-like symptoms was supported by European reports of "railway spine." As rail travel became more common, so did railway accidents. Injured passengers who died had autopsies that suggested injury to the central nervous system. Of note, Charles Dickens was involved in a rail accident in 1865 and wrote about symptoms of sleeplessness and anxiety as a result of the trauma.

In 1919, President Wilson proclaimed November 11th as the first observance of Armistice Day, the day World War I ended. At that time, some symptoms of present-day PTSD were known as "shell shock" because they were seen as a reaction to the explosion of artillery shells. Symptoms included panic and sleep problems, among others. Shell shock was first thought to be the result of hidden damage to the brain caused by the impact of the big guns. Thinking changed when more soldiers who had not been near explosions had similar symptoms. "War neuroses" was also a name given to the condition during this time.

During World War I, treatment was varied. Soldiers often received only a few days' rest before returning to the war zone. For those with severe or chronic symptoms, treatments focused on daily activity to increase functioning, in hopes of returning them to productive civilian lives. In European hospitals, "hydrotherapy" (water) or "electrotherapy" (shock) were used along with hypnosis.

In World War II, the shell shock diagnosis was replaced by Combat Stress Reaction (CSR), also known as "battle fatigue." With long surges common in World War II, soldiers became battle weary and exhausted. Some American military leaders, such as Lieutenant Gen. George S. Patton, did not believe "battle fatigue" was real. A good account of CSR can be found in Stephen Crane's Red Badge of Courage, which describes the acute reaction of a new Union Army recruit when faced with the first barrage of Confederate artillery.

Up to half of World War II military discharges were said to be the result of combat exhaustion. CSR was treated using "PIE" (Proximity, Immediacy, Expectancy) principles. PIE required treating casualties without delay and making sure sufferers expected complete recovery so that they could return to combat after rest. The benefits of military unit relationships and support became a focus of both preventing stress and promoting recovery.

Development of the PTSD diagnosis

In 1952, the American Psychiatric Association (APA) produced the first Diagnostic and Statistical Manual of Mental Disorders (DSM-I), which included "gross stress reaction." This diagnosis was proposed for people who were relatively normal, but had symptoms from traumatic events such as disaster or combat. A problem was that this diagnosis assumed that reactions to trauma would resolve relatively quickly. If symptoms were still present after six months, another diagnosis had to be made.

Despite growing evidence that trauma exposure was associated with psychiatric problems, this diagnosis was eliminated in the second edition of DSM (1968). DSM-II included "adjustment reaction to adult life" which was clearly insufficient to capture a PTSD-like condition. This diagnosis was limited to three examples of trauma: unwanted pregnancy with suicidal thoughts, fear linked to military combat, and Ganser syndrome (marked by incorrect answers to questions) in prisoners who face a death sentence.

In 1980, APA added PTSD to DSM-III, which stemmed from research involving returning Vietnam War Veterans, Holocaust survivors, sexual trauma victims, and others. Links between the trauma of war and post-military civilian life were established.

An important change in DSM-5, is that PTSD is no longer an Anxiety Disorder. PTSD is sometimes associated with other mood states (for example, depression) and with angry or reckless behavior rather than anxiety. So, PTSD is now in a new category, Trauma- and Stressor-Related Disorders. PTSD includes four different types of symptoms: reliving the traumatic event (also called re-experiencing or intrusion); avoiding situations that are reminders of the event; negative changes in beliefs and feelings; and feeling keyed up (also called hyperarousal or over-reactive to situations). Most people experience some of these symptoms after a traumatic event, so PTSD is not diagnosed unless all four types of symptoms last for at least a month and cause significant distress or problems with day-to-day functioning.

Today VA operates more than 200 specialized programs for the treatment of PTSD. In Fiscal Year (FY) 2013, more than a half million Veterans diagnosed with PTSD received treatment at VA medical centers and clinics.

VA is committed to provide the most effective, evidence-based care for PTSD. It has created programs to ensure VA clinicians receive training in state-of-the-art treatments for PTSD. At of the end of FY 2013, VA had trained more than 5000 of its clinicians to use Cognitive Processing Therapy (CPT) or Prolonged Exposure (PE), which are cited by the Institute of Medicine Committee on Treatment of PTSD as proven to be effective treatments for PTSD.

VA's National Center for PTSD was created in 1989 by an act of Congress, and celebrated its 25th anniversary on August 29, 2014. We continue to be at the forefront of progress in the scientific understanding and treatment of PTSD. In addition to improving upon existing treatments, we are researching effective new treatments. We are also developing new educational products such as our What is PTSD? whiteboard video. For more information on the National Center for PTSD, please visit our About Us section of the website.

Portions of this fact sheet originally appeared in a Veterans Day observance post on VA's blog, VAntage Point (November 7, 2013). For more information about the history of the PTSD diagnosis, see PTSD History and Overview in the Professional Section of our website.

I'm so tired of reliving my battles from Iraq. The nightmares have gotten worst, and the night sweats have gotten heavier. I can't sleep without the sound of a bullet flying by my head, or the sound of a mortar round going of. Is there any help ??? I need help !! Help me please !!!!!