In the Brain, Timing Is Everything 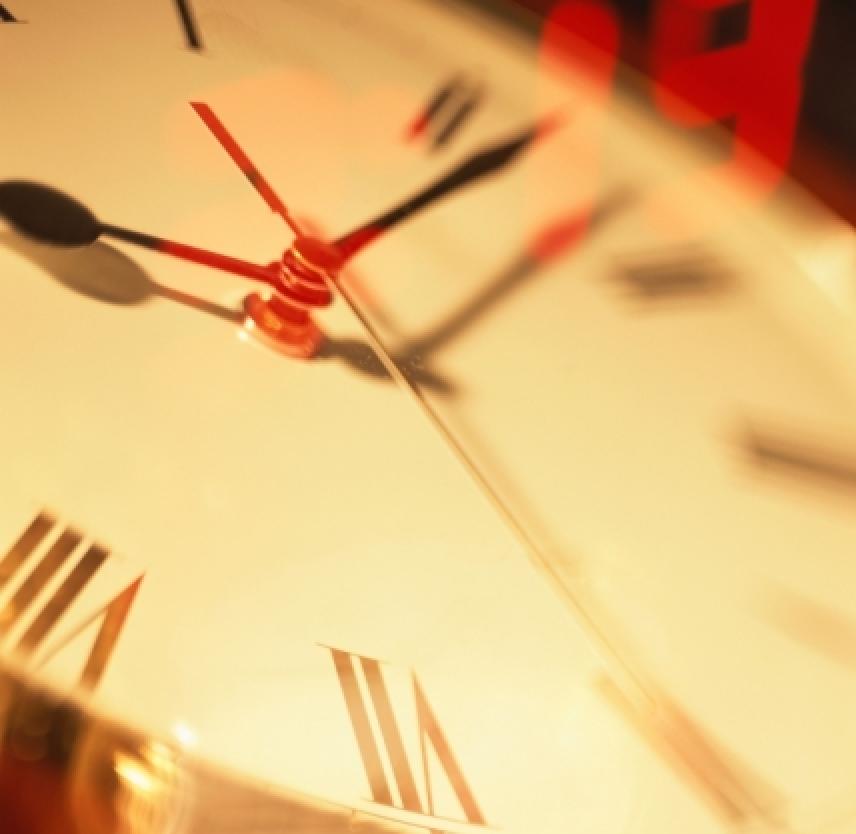 Related Content:
Releasing a CD of Original Client Music to the Public as an Aspect of Brain Injury Treatment
Mindfulness, Meditation, and Prayer After Brain Injury
How Music Helps to Heal the Injured Brain

After a brain injury, the brain’s internal clock may be damaged. Interactive Metronome — a non-pharmaceutical tool to treat cognitive problems — is showing promise.

“Most all human behavior involves a brain clock system to coordinate microsecond-based signals in the brain. Interventions that ‘fine tune’ the brain clock can improve human performance from student school learning to adults recovering from stroke.”

– Kevin McGrew, PhD, director of Science and Research, Interactive Metronome and director of the Institute of Applied Psychometrics (IAP)

For anyone who has ever taken piano lessons, the metronome is a familiar sound — with its authoritative, metal arm going back and forth like a flawless aural pulse. Used by musicians to help keep a steady tempo as they play, to work on issues of irregular timing, or to help internalize a clear sense of timing and cadence, the metronome — or more precisely, the meaning behind it — is now being used to help soldiers and veterans with traumatic brain injury.

In the mid-90s, a recording engineer and a leading child psychiatrist developed Interactive Metronome (IM) therapy, which combined cutting-edge theories on sequentially timed learning with a device originally designed to help musicians with timing and rhythm. Much of IM’s original research was focused on improving neurological challenges in kids with ADHD, ADD, and autism. The basic idea focused on understanding the “timing of the brain” and using this IM audio and visual input technology to work on cognitive performance by retraining the brain.

A few years back, researchers through the Defense and Veterans Brain Injury Center began  a two-year study with approximately 50 soldiers at Fort Carson in Colorado to look at IM as a therapeutic protocol for improving cognitive symptoms resulting from mild to moderate traumatic brain injury. Published in November 2013 in the journal Neuropsychology, the study reported that IM therapy showed significant improvements in 21 out of 26 cognitive assessments, including memory, processing speed, sensory integration, and attention.

Nick Etten, a former Navy SEAL and now an executive vice president at Interactive Metronome, explains that IM is exercise with a beat for the brain. “Think about physical exercise, which with repetition over time, builds muscle and in so doing, builds muscle memory. It’s similar with IM therapy, which uses a game-like auditory-visual platform that engages the patient and provides constant feedback at the millisecond level to promote synchronized timing in the brain,” he says. “It basically helps retrain the brain to decrease neural timing deficits that have resulted from disruption in the brain from injury.”

Timing is a critical factor in human performance, essential for all neurological functions.  Everything from shooting a basket or knitting a scarf to chopping an onion or kissing a baby involves precise timing in the brain.

Although this 15-year-old technology is already being used in more than 20 Veterans Affairs clinics as well as in thousands of  hospitals, clinics, and rehabilitation centers for both pediatric and adult rehabilitation, the therapy is still very new for mild TBI.

“The concept that neural networks, or white matter connections, can be repaired is still controversial. But a growing body of scientists believes in true plasticity of communication networks. The analogy is similar to many physical injuries — we repair, we rehabilitate, we strengthen, and so on,” says Lonnie Nelson, PhD, an assistant professor at the University of Washington School of Public Health and one of the authors of the study. “The brain is the ‘final frontier’ and as with most medicine, we will look back 30 years from now and wonder why we were so primitive in our knowledge of how the brain functions. But what’s telling is that we have thousands of occupational therapists, speech-language therapists, and neurologists who use IM therapy and swear by it, and that is because they see firsthand the effects of our protocol on their patients, and we have a track record of materially improving the lives of many.”

Etten and his colleagues at Interactive Metronome have created the @Attention Fund to give soldiers and veterans the tools to improve neurological conditions affecting cognitive and motor functioning that can result from mild or moderate TBI. And they are continuing to expand their research efforts in hopes that more military and civilian hospitals will adopt the therapy for mild TBI. “IM is not a cure in and of itself,” says Etten, “but it is an effective tool in the toolbox for recovery of cognitive issues that can occur after a brain injury.”

Approximately nine years ago I was on an escalator with my 3-yr old grandaughter. As we were ready to exit, she fell back into me, knocking me back to hit the lower back of my head on the ridge of an escalator step. I went to emergency room, but just a few stitches - no loss of consciousness. Have had increased short-term memory issues for past five years. Would love to try this therapy. Is there any facility close to Topeka, KS where this is done?

Hey Linda - if you can't find a place near you, you can diy it with a metronome - or metronome app on your phone

My Occ. Therapist used it on me for about 2 month's . In the beginning you want to take it off , its annoying . But I did get use to it and was glad to have worked through it . I was able to hear a beat and also visual part for a distraction , slowly got better . Clever therapist helps a lot .

Would be great as an app for my phone!