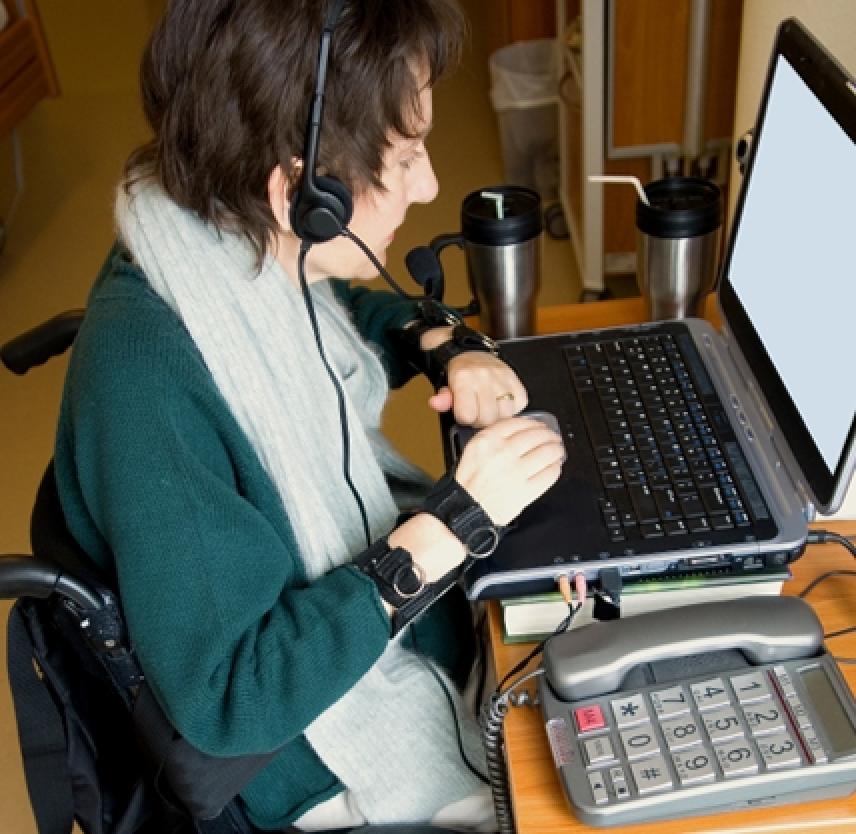 The Brain Injury Rehabilitation Trust (BIRT) is a leading European provider in specialist brain injury rehabilitation. The Trust is a division of The Disabilities Trust which in turn is a leading UK charity working with people who experience a wide range of disabilities including Autism, Learning Difficulties and Physical Disability.

Much of the post acute brain injury rehabilitation in the United Kingdom takes place outside of the National Health Service. As is generally well known the UK has a free at the point of delivery health care service. Whilst this provides an excellent service in both trauma and acute care, the system is less robust when it comes to providing specialist rehabilitation services that many people require following an acquired brain injury.

The reasons for this disparity are varied, but with few exceptions most of the regional National Health Service providers do not provide ongoing rehabilitation directly, but instead prefer to contract these services out to organisations such as BIRT.

A typical care pathway in UK would see a person with an acquired brain injury being treated in an acute hospital in their own town or for the most serious cases a regional specialist centre. Depending on the severity of their trauma, people would then be discharged home, perhaps transferred to a non specialist care setting such as an orthopaedic ward or if lucky, to a rehabilitation medicine service which again might be a regional facility.

Where the system falls down, and where BIRT steps in, is when the level of need is complex, or the person’s behaviour is too challenging. BIRT is unique amongst providers in the UK in that it has a full continuum of care from a partnership with the NHS in an acute hospital, via independent hospitals for people who present with the most severely challenging behaviour through to conventional residential rehabilitation programmes and finally “care at home” schemes which may involve a care worker calling in to a client’s home to check on progress on a weekly basis, or may see a small group of people living together in rented property supported by a small team of staff.

One of the differentiating features between BIRT and some of its competitors’ is the partnership feature mentioned above. This is unusual in the UK in that the State and Independent sectors do not normally work together in such a collaborative way. It may be thought that such joint working carries with it a number of benefits to all parties and in practice this has proved to be the case. Foremost amongst the benefits is that an NHS provider can bring in an expert partner such as BIRT to provide a model of service which, in isolation, they could not resource themselves. The advantage to BIRT is that it is possible to access land and buildings which are often under utilised within the NHS without necessarily having to inject large amounts of capital.

Partnerships are particularly attractive to NHS Foundation Trusts which are in effect those who by virtue of sound financial performance been granted a degree of independence from the control of national government and regional management.

Such working is not limited to the United Kingdom in that there are also three separate projects under development with Australian service providers which, it is hoped, will lead to our first international collaboration.

BIRT has always enjoyed strong clinical and professional links with Australia, and the common language and similar cultures make such projects easier to develop. One area already under development has seen staff from BIRT working in Sydney to help start up a new community based brain injury rehabilitation scheme based in part on the successful model of community care based in the UK.

Other areas where BIRT is trying to take a lead include working with the criminal justice system at a national level both to promote a better understanding of brain injury within the prison population and also to consider alternative placements for repeat offenders who are clearly not being rehabilitated by the prison system.

One of the strongest partnerships to date has been with the UK Ministry of Defence in the provision of specialist rehabilitation to support servicemen and women injured whilst on active service and for whom survival often leaves them with catastrophic injuries. This is an area of international interest and developments in the USA around mild to moderate head injury following blast trauma are watched with interest.

As an example of partnership working at an altogether different level BIRT runs an annual campaign to promote brain injury awareness amongst children and young people which has now reached many thousands of youngsters. Some of the most powerful testimony in this campaign has been from young people affected by brain injury who are willing to share their story in an attempt to spare others from the trauma.

Although State funding is usually available to support people in their rehabilitation programmes as already noted, much of this care takes place outside the NHS. The effect of this is that the additional funding has to be sought and approved from a variety of bodies before a treatment programme can be implemented. This has an effect which brings the UK experience much closer to that found in the USA and other countries where effectively there has to be finance in place to support the treatment. In a practical sense BIRT has adapted to this model through rigorous pre-admission and screening followed up by very detailed review reports which effectively demonstrate to those funding care that they are achieving value for money. This has been helped by a study conducted by Worthington et al., in the UK which demonstrated that significant life time savings could be made given appropriate early rehabilitation.

Conversely, in a cash strapped economy such as to be found not only in the UK but currently around the globe, it is the expensive model which becomes hardest to justify when trying to ration care and balance the books. The UK has seen a number of providers spring up in competition to BIRT some of whom strive to provide the same high standards but others, more worryingly, who are generic care providers who claim to be able to offer brain injury specific rehabilitation but who, in practice, lack the clinical expertise to do so.

Having a robust clinical team backed up by strong clinical governance policies and ethical standards are another hallmark of BIRT services. As an organisation with an international reputation BIRT has developed an international staff profile which again helps to maintain the differential between itself and competitor organisations.

Although supposedly a level playing field experience has shown that different standards have been applied not just between sectors but even between similar services provided by BIRT in different geographical regions. Such inconsistencies are not helpful and go some way to explaining why BIRT was one of the early UK organisations to seek CARF accreditation.

CARF has been one of the most significant events in BIRT’s history and has seen a marked change in the way in which services are offered, particularly with regard to service user involvement which has to date not been a forte of UK services. Another area, which ties back into the value for money debate, is that the organisation is now much more focussed in terms of outcome measurement and can offer clear evidence as to the efficacy of its treatment programmes.

By undertaking the CARF survey programme, BIRT can demonstrate to those who regulate and inspect its services that quality is a major theme and one for which, quite rightly, BIRT has developed a strong reputation.

In developing a model accredited by CARF, BIRT was able to introduce a degree of consistency across all of its services in the UK based on established best practice rather than regional variation. When setting up new services, which are currently coming on stream at the rate of one major project every eighteen months, it is now possible to provide a consistent model of training and induction to staff at all levels based on the knowledge, skills and experience of their peers’ elsewhere in the country.

This is currently the case in Glasgow, Scotland, which although part of the UK has a different legislative and political framework but to which the BIRT model is being successfully applied.

Developments in the coming year will see a major scheme in Wales, opening which, along with the Glasgow project and others, has deliberately been placed within an area which has suffered significantly form economic under-investment with high levels of social deprivation and unemployment. In this way BIRT has promoted social regeneration on a much wider scale than might have been possible whilst itself benefitting from lower land prices and easier staff recruitment amongst a local population with a consequently higher scale of ownership and personal responsibility amongst the staff team.

BIRT has been around for little more than fifteen years. In that time its reputation has grown to the point where it can truly claim to be an international player in the field of brain injury rehabilitation.

By sticking with an established neuro-behavioural model which has been refined by experience, it has been possible to meet the needs of people across all points of the rehabilitation spectrum from immediately post injury to many years later when people have returned home.

Whatever the future holds in uncertain times BIRT can be sure that it will remain at the forefront of specialist provision both in the UK and further afield.

Mike McPeake, RMN, is a registered nurse who for 26 years worked within the UK’s National Health service in the field of mental health. In 2001 he started work for the Disabilities Trust initially as the Manager of a hospital for people with acquired brain injury and challenging behaviour. Currently he is employed by the Disabilities Trust as their Development and Infrastructure Manager with a particular interest in the design, construction and commissioning of new facilities and also partnership working.

From Brain Injury Professional, the official publication of the North American Brain Injury Society, Vol. 6, Issue 3. Copyright 2009. Reprinted with permission of NABIS and HDI Publishers. For more information or to subscribe, visit: www.nabis.org.