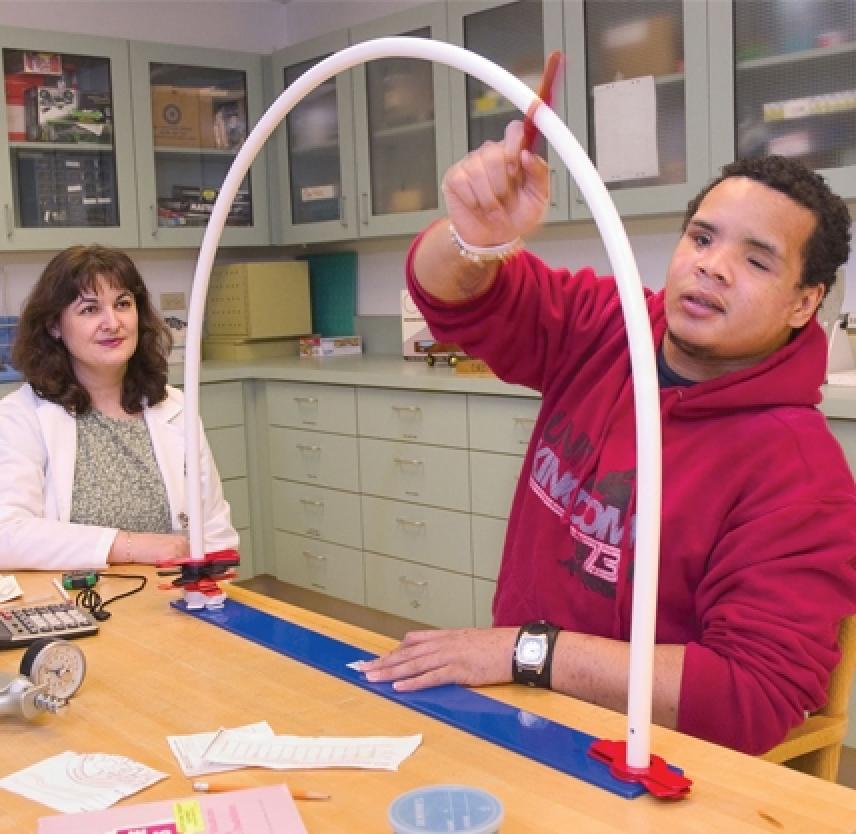 Researchers from the Defense and Veterans Brain Injury Center (DVBIC) have published the results of one of the first studies of its kind: a randomized clinical trial comparing different treatment approaches for those with traumatic brain injury.

The study appeared in the December issue of the Archives of Physical Medicine and Rehabilitation. It compared two rehabilitation approaches: "cognitive didactic" versus "functional-experiential." While the findings suggest pluses to both methods, the cognitive approach resulted in better short-term gains in mental function and was more effective in helping younger patients return to work or school. The functional method led to higher rates of independent living among older patients. Both methods had been validated in prior research but had never been tested head-to-head.

"Our results show long-term functional improvements in both groups," said lead author Rodney Vanderploeg, PhD, a research psychologist at the Tampa VA Medical Center and University of South Florida. At one year after treatment, he said, about 6 in 10 study participants overall were employed and living independently. "This is remarkable," wrote Vanderploeg and colleagues, "given that none were capable of work or independent living at baseline" and 90 percent had brain injuries that were considered severe.

The study included 360 veterans or active-duty troops, mostly men, with moderate to severe traumatic brain injury (TBI). Enrollment for the study ran from 1996 to May 2003, shortly before the onset of the war in Iraq. As such, most of the participants sustained their injuries not in combat but in vehicle crashes, falls or other incidents.

Meanwhile, though, TBI has come to be known as the "signature injury" of the wars in Iraq and Afghanistan, affecting some 20 percent of injured troops. So the results of the DVBIC study are highly relevant for Department of Defense and VA, although there may be ways in which TBI caused by blasts — the most common scenario in the current wars — differs from brain injuries sustained otherwise.

The trial was conducted at VA's four main polytrauma centers, in Tampa, Richmond, Palo Alto and Minneapolis. Patients, all in the acute phase of rehabilitation, were randomly assigned to one of two approaches:

Over a month or two, each group received about two hours per day of therapy specific to their study arm. For example, the cognitive group worked on paper-and-pencil or computerized tests that became progressively more difficult, with the explicit goal of sharpening their mental skills. The functional group, on the other hand, received extra help going through the physical motions of everyday activities such as dining and grooming.

Each group also received additional physical, occupational and speech therapy in which the therapists used either a cognitive or functional approach. In the cognitive group, therapists offered more verbal instruction and encouraged learning through trial and error. They asked questions such as "How do you think you did?" or "What do you need to do now?" to promote thinking and self awareness. In the functional group, therapists did less verbal teaching and emphasized "learning by doing." They offered more hands-on, step-by-step support to help patients successfully complete tasks. The aim was to ingrain the physical movements and thereby promote implicit learning.

The researchers tested participants' cognitive abilities and everyday functioning before and after treatment and one year later. Among the findings:

The study authors offered a tentative analysis of why younger and older patients may have benefited differently from the two approaches:

"...These findings suggest that the cognitive treatment not only better enhances cognitive recovery but also lays a stronger foundation for the development of work-related cognitive skills. This effect appears to be most prominent in younger patients, who may benefit more from the higher level of structure and teaching provided in the cognitive approach to treatment. The functional approach generally provided less structure and did not offer problem-solving strategies and approaches. Older or more educated persons, who may already have internalized structure and independence, seemed to benefit more from the direct living skills emphasized in the functional interventions."

The DVBIC (www.dvbic.org) is a multi-site center for medical care, clinical research and education on TBI. Funded by the Department of Defense, the program involves clinicians and investigators from DoD, VA, and academic and private medical centers. Since 2007, the center has been part of the newly established Defense Centers of Excellence for Psychological Health and Traumatic Brain Injury.

Are there studies that examine the need for services to facilitate advanced degrees and methods of teaching those with varying degrees of TBI?