The Anatomy of Brain Trauma, Concussion, and Coma 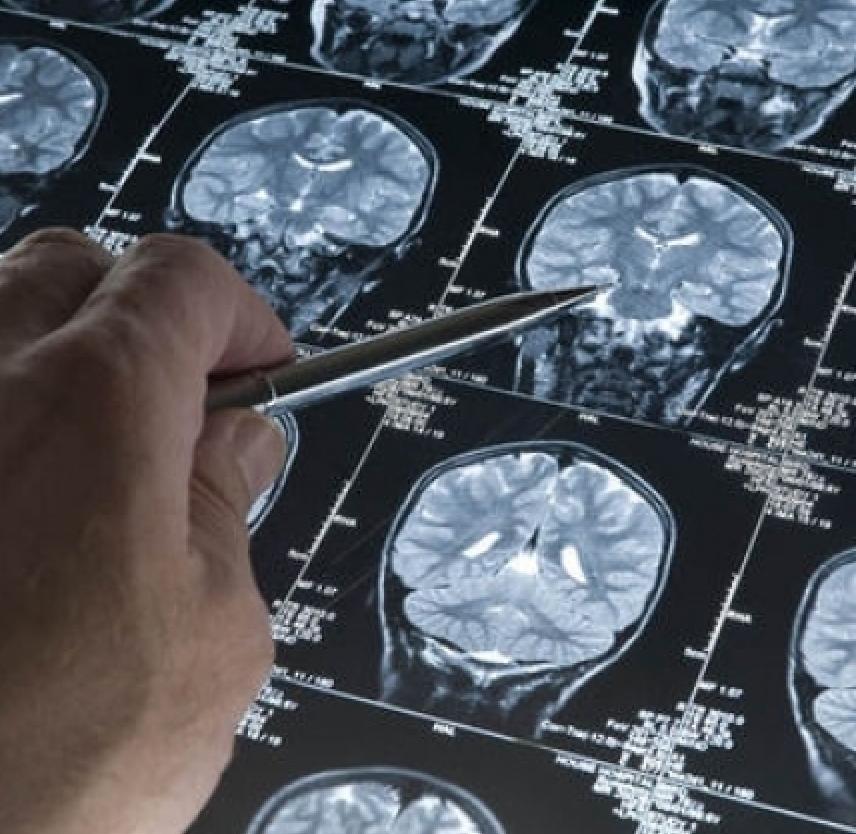 Related Content:
What Happens Immediately After the Injury?
Brain Trauma, Concussion, and Coma

Trauma to the head can produce many problems because so many components may be injured. Brain tissue is surrounded both by the skull and by a tough membrane called the dura, which is right next to the brain. Within, and surrounding, the brain tissue and dura are many arteries, veins, and important nerves (the cranial nerves). Therefore, trauma to the head may damage the skull, the blood vessels, the nerves, the brain tissue itself, or all of the above. Depending on the nature and severity of their injuries, people may exhibit a very wide range of symptoms: from absolutely none to coma.

Injuries to the Skull

In compound fractures, the trauma is severe enough to break the skin, bone, and

Treating skull fractures depends on the extent of damage to structures beneath the bone. Most linear fractures will not damage other structures unless the fractured bone becomes displaced and presses on the brain. In this case a surgical repair may be necessary to restore the bone to its normal position. Depressed skull fractures are usually also treated surgically in order to restore normal anatomy and prevent damage to underlying tissues by bone fragments.

Compound fractures are a special case since, by definition, there has been contact between the brain tissue and the outside air. These fractures therefore bring the possibility of infection from environmental debris. The fracture site is therefore vigorously cleaned and decontaminated before repair. In addition, these fractures are usually associated with severe injuries to the brain, blood vessels, and nerves, and repairing these structures may also be necessary.

Injuries to the blood vessels within the skull may lead to the collecting of blood in abnormal places. A collection of blood outside a vessel is called a hematoma. In all of the following types of hematomas, individuals are in danger if there is enough accumulating blood to press on the brain or other important structures within the skull. (In this respect, a head injury can resemble a hemorrhagic stroke.) In these cases, the hematoma may compress the brain and shift it from its normal position. Too much shifting can damage the crucial brain stem. Bleeding may also raise the pressure inside the skull to the point that it shuts off the blood supply to the brain (as in an ischemic stroke. These conditions can be very serious and require emergency surgery.

Epidural hematomas occur between the skull and the dura. These are usually caused by a direct impact injury that causes a forceful deformity of the skull. Eighty percent are associated with skull fractures across an artery called the middle meningeal artery. Because arteries bleed quickly, this type of injury can cause significant bleeding within the skull and require emergency surgery. Although uncommon (affecting only 0.5 percent of all head-injured individuals), epidural hematomas are a surgical emergency, and people with this type of injury must have the damage immediately repaired in the operating room.

Subdural hematomas appear between the dura and the surface of the brain. These are more common than epidural hematomas, occurring in about 30 percent of people with severe head trauma. They are produced by the rupture of small veins, so the bleeding is much slower than in epidural hematomas. A person with a subdural may have no immediate symptoms. As blood slowly collects within the skull, however, it compresses the brain and increases the intracranial pressure.

There are three types: acute, subacute, and chronic. The acute subdural may cause drowsiness or coma within a few hours and requires urgent treatment. A subacute subdural should be removed within one to two weeks. The most treacherous is a chronic subdural hematoma. It is not uncommon for such an injury to go undiagnosed for several weeks because individuals or their families do not recognize subtle symptoms. A person may appear well but nonetheless have a large subdural. That is why it is important for a heath professional to evaluate all individuals with head injuries. Depending on the symptoms and size of the subdural, treatment may involve careful monitoring or surgical removal of the blood.

Scans should be done on any person with prolonged headaches or other symptoms after head injury.

Injuries to small blood vessels in the brain may also lead to bleeding within the brain tissue, called an intracerebral hematoma. The effect of this hematoma depends on how much blood collects, and where, and whether the bleeding continues. Doctors may respond conservatively, finding no need for treatment, or treat the problem as an emergency. More than half of people with intracerebral hematomas lose consciousness at the time of injury. There may be associated brain contusions with this hematoma.<

Injuries to the Brain Tissue

Our brains are somewhat mobile inside our skulls, which can give rise to other injuries. There are some spiny contours on the inside of the skull, but under normal circumstances a barrier of cerebrospinal fluid surrounds the brain and cushions it from direct contact with the hard bone. However, when a person’s head is subjected to violent forces, the brain may be forcibly rotated and battered within the skull. During such episodes brain tissue may be ripped, stretched, battered, and bruised. Bleeding, swelling, and further bruising of brain tissue usually follows. In these cases, people usually sustain permanent damage.

Injuries to the brain are classified according to the degree of tissue damage that they cause. It is important to remember that the different types of brain injuries are part of a spectrum. There may not be a clear distinction in every case, and one person may suffer multiple types of injuries.

A concussion is a temporary and fully reversible loss of brain function caused by direct injury to the brain. It is the mildest form of brain injury, usually resulting from minor trauma to the head. In concussions, it is not possible to identify any structural damage to the brain tissue.

Contusions are localized areas of “bruising” of the brain tissue. They consist of areas of swollen brain and blood that has leaked out of small arteries, veins, or capillaries. Contusions will often occur under the impact point on the skull (coup). They may also, in the same incident, occur on the side directly opposite the impact because the brain may rock away from the blow and strike the inside of the skull (contrecoup). Sometimes the skull is broken at the site of a contusion, but not always. Whatever the cause, contusions are likely to be most severe in the tips of the frontal and temporal lobes, after trauma forces these areas of the brain against bony ridges inside the skull.

Lacerations are actual tears in the brain tissue. They can be caused by shear forces placed on the brain, or by an object (such as a bullet) penetrating the skull and brain. The degree of damage depends on the depth and location of the laceration, as well as on whether associated blood vessels and cranial nerves suffer damage.

Diffuse axonal injury (DAI) refers to impaired function and eventual loss of axons (the long extensions of nerve cells, which enable them to communicate with one another). It is caused by the acceleration, deceleration, and rotation of the head during trauma, as in a car crash, probably the most frequent cause of this type of injury. These forces can stretch and shear axons. DAI is a microscopic injury that does not show up on a CT scan. Therefore, diagnosing DAI depends on physicians’ observations. Individuals with this sort of injury are usually unconscious for longer than six hours and, depending on the degree and location of axonal injury, may remain this way for days or weeks. DAI may be mild and reversible or, if extensive, may lead to severe brain damage or death. This is the most common cause of injury from high-velocity trauma and has no treatment.

Often, a person’s immediate injury may not be the worst. Usually, there is additional secondary injury to the brain that occurs hours to days later. The damage to the brain tissue, blood vessels, and nerves causes the brain to swell. If that swelling is severe, the blood supply to the brain may be blocked (ischemia), leading to tissue death. Also, since the brain is encased in a hard skull, the swelling may actually compress the tissue against bone. Excessive compression of areas such as the brain stem, which is responsible for regulating our breathing and consciousness (among other vital functions), can lead to severe disability and death.

From the Dana Foundation. Used with permission. www.dana.org.

This article is rather inaccurate when it comes to the reversibility of concussion. I’ve had multiple (15 or so) concussions in my lifetime. The cumulative effects were showing at about the third.

How does trauma to the brain stem, resulting in lengthy coma, measure up? No bleeding or swelling.