What Does a Rehabilitation Psychologist Do?

Rehabilitation takes a team — from PTs and OTs to psychologists to family members. Learn more.

I'm a psychologist by training. I specialize in rehabilitation psychology, and rehabilitation psychologists have been part of the interdisciplinary team in rehabilitation for decades. In the last two to three decades, when we started treating more and more individuals who were surviving severe traumatic brain injuries, in rehabilitation settings, the psychologists and rehabilitation psychologists became a big part of that interdisciplinary team. A little more recently, we have seen more clinical neuropsychologists also being involved, and the roles are very similar. As a rehabilitation psychologist, one of the most important things I do is to not just work with the individual but work with the entire team to maximize the way the team is working with and interacting with both the person who has had a brain injury and is in, let's say, the acute hospital setting, acute rehab setting, as well as with the family. That may be in managing difficult behaviors. Some of the first work we did was first how to measure agitation that happens as people emerge from coma and then how to not just measure it but manage it. So the rehabilitation psychologist works directly with the patient and family but also with the interdisciplinary team, particularly in the inpatient rehabilitation setting. Now my own career, after spending almost a decade as the program director of our inpatient rehab team, we realized that there was a whole lot of recovery that happens after the hospital. It sounds silly to say that now, but back in the late '80s, early '90s, most of the care that was going on was the acute care that folks were receiving right after their injury. So, at Ohio State, in the Department of Physical Medicine, we made a commitment to try to reach out further in the continuum of care and develop our post-acute and lifelong supports, actually, for individuals who have had more severe injuries. And I sometimes make fun of myself that one of the first programs we put together had all the bells and whistles of really helping people integrate back into their communities and re-establish work, and the other important things about living with a brain injury, and one of our first clients ran headlong into a problem with substance abuse. And we were there, and we hadn't really thought about substance abuse and the treatment of it as part of this--of everything we needed to be able to help them with. In our own work, that's when--that young woman was the impetus for us to really say, "So, if you have a substance abuse problem, you've had a brain injury, what can you do about it?" And so now we have some specialized programs for that but it's a part of everything we do from the acute rehab setting into post-acute services as well as working with individuals and families long-term. So a rehabilitation psychologist has a lot of options in terms of how and where in the continuum of care they can be involved with somebody with a traumatic brain injury.
Posted on BrainLine March 16, 2010. 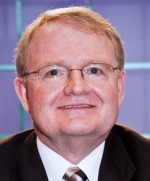