What Does Damage to the Frontal Lobes Look Like 30 Years Post-Brain Injury?

Jordan Grafman, PhD
Related Content:
PTSD Fact Sheet: Finding a Therapist
PTSD Fact Sheet: Frequently Asked Questions
DSM-IV-TR Criteria for PTSD
PTSD and mTBI: Teasing Out the Differences for Treatment
Concussion and PTSD: Not the Same, but Cousins
Brooke Brown Talks About Living with Her Husband with TBI and PTSD
Matt Brown on Becoming a New Person After TBI and PTSD
Mike Zacchea on His Severe PTSD and TBI
What Is Cognitive Reserve and How Does It Affect Outcome After TBI?
What TBI Symptoms Most Frequently Impact Return to Work?
Lessons Learned from 30+-Year Study of Vietnam Vets with TBI
What People with — and without — TBI Should Know as They Age
Translating Brain Science into Strategies for Living Daily Life
How Genetic Makeup Can Influence Outcome After a Brain Injury
After Brain Injury: Focusing on the "Able" Not the "Dis" of "Disabled"
Successful Outcome Post-TBI Depends on Treatment -- and Significant Self-Motivation
How TBI and PTSD Are Treated Now in Comparison to the Past
Learning to Trust the World After a Brain Injury

Researchers studying Vietnam veterans with TBI are now looking more closely at how TBI can alter a person's social beliefs — from religious and political to legal and moral.

There's a number of new areas we've become interested in for Phase 4 and for our current evaluations. One of them has to do with further studies of so-called executive functions, so we're very interested in seeing how people plan, execute, and interpret on-going activities in front of them-- in essence showing them movies and asking them to make comments about what they're seeing--for example, to divide up a series of actions into episodes. When does 1 episode begin and end, and then when does another 1 begin, and what is the meaning of what they're seeing. This is like real life, in essence. When people go into a situation, they may want to recognize the objects in a room, remember the name of the person they're with, but in essence they want to know why am I here? What's happening? What's going to go on? That is something the frontal lobe does. It does it very well. It allows us to have foresight, so we're studying that in a little bit more detail for Phase 4. In addition, we've become much more interested in human social beliefs, a very high-level aspect of social functioning. This includes everything from religious, to political, to legal, and to moral beliefs. And we're studying them in a lot more detail because it's likely that damage to the frontal lobes of the brain and the temporal lobes of the brain that we see with our vets with traumatic brain injury will affect in some way the nature of those higher-level social beliefs. Now, is this meaningful for our day-to-day functioning in life? Well, it could be. I'll give you 1 example--the example of legal beliefs. We might have somebody judge how much they want to punish a perpetrator who's committed a crime, and we vary the severity of the crimes. We want to see which crime they rank as the worst. They might want to execute somebody or give them capital punishment all the way to probation on the other end. So, we have them make these judgements and rankings, and we know from a previous study--a smaller study--that patients who have frontal lobe lesions in particular--compared to lesions elsewhere in the brain-- due to traumatic brain injury have a more difficult time doing that rank ordering. All right, so you say, well, we're not going to put them on a jury. And they're not going to do very well if they're on a jury, but forget about a jury. Let's say they're at home and they have kids, and the kids misbehave. That creates more conflicts with their spouse, for example, in determining how to punish those kids. The spouse might have 1 point of view, which is consistent with sort of the normal view of how to punish, but the person who's had the traumatic brain injury may be less able to do that and may not punish effectively because of that. So, that's a place where we study a higher belief, which is how you punish somebody for misbehavior, and it could be translated directly into the home and how to punish a child, for example, for misbehavior.
Posted on BrainLine February 11, 2013. 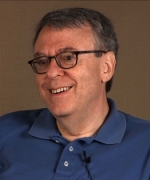 I am 41 years old and suffered a TBI to the frontal lobe with Skull fracture. When I came out of the coma 3 days later I didn't show any emotions for a few days. When I came out of the coma I was tested with the cognative reasoning of a 5 year old. Occupational therapist taught me to cross the street, looking both ways and to turn off the stove and had no other therapy to help. I have felt for the last 25 years like I am running in place and not getting anywhere. I struggle with outbursts of emotion, crying a lot, memory loss. The TBI has caused my brain to create pain in my body that isn't serious and can't be explained by other diagnosis. I am worn out from working so hard. My mind gets stuckin fight or flight mode a lot. I just want to understand the limitations and struggles so I can help myself. I am tired of getting angry. I just want to have a normal relationship. Not knowing what I am doing I push people away. I don't want to do that anymore and don't want to feel like I'm at my witts end.

I am 43 and was in a coma for 6 months 38 years ago. I was also told I suffered frontal lobe damage and have had similar experiences. More info would be appreciated.

Journalize all info focus on the good forget the ugly and just remind yourself your not a bad guy after all....cheers I was injured at 11 yrs old, no one ever gave me assistance but for mom and dad...still I plug on cheers

I am currently 41yrs old. When I was 3 ½ years old (was 6months from turning 4yrs old) the car I was in was hit by a drunk driver, drivers side to drivers side killing my dad on impact. The impact was like hitting a brick wall at 90mph.The sunroof caved in and sliced my head open causing a skull fracture & brain bleed. I was pronounced clinically dead ans was revived sometime after 5-7mins. I have 60 cross stitches (120 total) in my head to close my scalp. I was in a coma for a week, not expected to live. My mom said once I regained consciousness, that I was different & described me as a "fiery little thing." I do have motor skills deficients, tho they are not noticeable to others unless pointed out. Math is like a foreign language to me, I have tried, even with tutoring & still can't grasp things beyond basic math/algebra. Organization skills - what's that? I don't even know how to be organized & it drives my husband crazy, as wel as myself. I do have memory problems, but my biggest problem is my emotions. I have battled depression on/off since I can remember. Medications only work for a short time. My moods can vary throughout the day. My anger gets the best of me and I get mad over the slightest things. I also suffer from Aggression when I get really upset, I just want to break something or throw something. I speak before I think, which can be a big problem, too. I've tried counseling, but I have yet to find anyone who can really help me. They have treated me just as a normal person without a brain injury. I wish more than anything I could be "normal" - which I know everyone is not the same, but to be without a TBI & dealing with the issues from it would be absolutely wonderful. I have found the older I have gotten, the WORSE things are getting. Idk if there's been studies done or whatever, but I'd love to participate in one. I just want help so I can function normally, but no idea how to go about doing it.

Wow... I gave myself many concussions as a suicidal angry teen. I’m 22 now and am suffering terribly no doctor will help. Only now am I discovering what I did could be far more serious and affecting the rest of me.

I damaged my right frontal lobe about 14 years ago in a motorcycle accident ... i dont think anybody would really understand .. the longing to feel normal again ... i fully get what u are trying to say .... if only i could forget what "normal" feels like.

Iwas hit by a van when I was 5. I have major problems that I my loved ones dont understand. The intense headaches, & moods are unbearable. Is it possible for me to improve in any way.

MY son had an accident last July 4, 2019, frontal head trauma, Braun bleeds, refuses to seek help and doesn’t realize how serious this is . What is your advice?

Hello Dr. Gafman PhD
My name is Dan. I'm 49, I fell 20 to 30 feet in 1977. I've gone without treatment or diagnosis. I landed on cement and my forehead hit the lead gas line. I live in my car, I have no one to help me, I am wondering if there is some way you could help.

Hospital emergency room is 1st step.
Tell them everything. SOCIAL SERVICES is your 2nd step. You are homeless. Apply for every social service program and immediate housing. You need a cell phone. Go to a local church and ask for help. Use your local food pantries for food. Your message was nearly a year ago. How are you and where are you now in November 2020?

I too am convinced I have frontal,lobe dysfunction following a head injury. I am a doctor but can no longer wor and cannot get anyone to support this diagnosis