There is a paucity of research on stem cell therapy and TBI compared with Parkinson's, stroke, and Alzheimer's. Continued research might reveal more.

With neural stem cell research for traumatic brain injury, [Deborah Shear, Ph.D.] one of the things you look at [Walter Reed Army Institute of Research] is the amount of research that's been done. And in comparison with other areas, say Parkinson's or Alzheimer's or spinal cord injury or stroke, it's amazing how few research experiments have been done with stem cell research in traumatic brain injury, and you have to wonder why. If you do a MEDLINE search on terms like stem cells and progenitor cells and traumatic brain injury, you get about 138 hits; meaning there are 138 published manuscripts out there that light up from those terms. About a third of them are review articles, only a small portion of which are focused on traumatic brain injury and stem cell research. About another third of them are on endogenous neurogenesis, so traumatic brain injury upregulates endogenous neurogenesis-- cells are responding to the injurious effects and trying to hone in on that area of injury-- and there's a lot of research on that, but there are only about 40 or 50 articles that look at neural transplantation for traumatic brain injury, where there's thousands for Parkinson's or stroke or Alzheimer or spinal cord injury. And I think the reason for this is that it's much, much more challenging with traumatic brain injury. And of those 40 or 50 articles most of them have come to the conclusion, or if you put them all together the common thread that you would see, is that it's not about cellular replacement. The recovery that they're seeing in these animal models is probably coming from neuroprotective factors that the cells are secreting when they're put into the brain-- anti-inflammatory factors. In that case you have to wonder-- are we beating a dead horse going down this road of neural stem cell transplantation and traumatic brain injury. And I would say we're not. There's a lot to be learned from neural transplantation therapy at the experimental--at the preclinical--level in terms of how the brain responds to injury. These cells, when we contract them after putting them in the brain at different time points after injury, in different locations from the injury-- both proximal to the injury and distal-- using different techniques and tissue engineering constructs, manipulating the ability of the cells to put out one type of trophic factor over another, that we can then understand better and get a very unique and inner glimpse of how the brain is responding to injury and how the brain might be responding to any therapeutic pharmaceutical treatments that we try to employ. So, you know, I think there is a tremendously powerful tool here with stem cell research and TBI, and it's been relatively untapped. and we're just getting started. We're not finished yet.
Posted on BrainLine October 25, 2011. 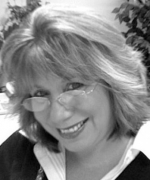