Programs to decrease the number of kids hit by cars when walking or biking involves education, enforcement, encouragement, policy change, and more.

I think any program that you build, whether you're talking about heart disease or cancer--and, in my case, brain injury-- you really need to start with prevention because I think that is the best treatment. And the population that I work with now--children and school-age kids-- I think they get a message about something that they can learn very young and develop and take throughout their life. And I think you have to start really young. Just like riding a bike. It's a lot easier to ride a bike when you're little than to start when you're middle age. Not that you can't become proficient in it, but those skills that you learn basic really can carry you through your life. So when I started spending more time focusing on kids with brain injury, every night I would look at the data from the day before at our trauma center and I would see all these kids every night. We had a PHBC or a BHBC--pedestrian hit by car, bicyclist hit by car-- and they're under 13, 14 years old. I'm thinking to myself, "Wow, I better look into this." So in 2000, we started pulling all our data for Dade County, and Miami-Dade County was the number 1 county in the state for kids that got hit by car, and I think we were 2nd in the country. And there's 3 counties in Florida that are very high--Tampa, Miami, Broward-- for pedestrian hit by car for kids. So I said, "Oh, we've got to do something about this." So we decided as a trauma center that we would get all the multiple agencies in town that could help us to start looking at this and saying, "How do we deal with this?" "How do we resolve this problem?" So it's a 5E model, it's an evidence-based program now. We've been at it for 10, 11 years now, and we're very proud to say that we're the best evidence-based program that this country has. We've decreased the number of kids that get hit by car in Miami-Dade County by 58%. Our numbers come down still every year. But what's greatest about it is with the 5E model you've got the education piece in every elementary school in Dade County, you've got the engineering piece-- now we've got Public Works engineers working at doing a lot of reworking around the public elementary schools to help us with engineering modifications-- you've got the police now radaring and policing much more around the problem speeding schools--that's the enforcement piece-- you've got encouragement, which is all your agencies and people working together and the principals and the parent groups, and then you've got the evaluation piece, which is the last E, which can really show the efficacy of these programs. And you can look at pre- and post-testing and come back 3 months later. So we've looked at education, we've looked at behavior change, and we're also now looking at policy, which is putting more crossing guards out on the street in some of these certain areas where we have high risk in Miami-Dade County. So we're working at policy now with the county of trying to get more eyes on the street, to increase physical activity with the whole obesity issue too of kids not walking or biking to school every day like we used to, but these kids are driven or they take the bus. And we're trying to encourage more foot traffic or bike traffic. So it's really become a great project. We get funding from the Florida Department of Transportation, Safe Routes to School, which is a national project hopefully that we're going to try and continue to encourage the federal government to fund for another 5 years, and then also we've got some small foundations that have been very helpful. We just got a Robert Wood Johnson grant and a CDC grant, Putting Prevention to Work for our community-- we're part of that with the Department of Health. So there's a lot of focus on built environments and getting kids out and about and walking more.
Posted on BrainLine June 28, 2012.

Gillian Hotz, PhD is the director of the KiDZ Neuroscience Center and the Concussion, WalkSafe™ & BikeSafe™ Programs in the Department of Neurosurgery & The Miami Project to Cure Paralysis, at University of Miami Miller School of Medicine. 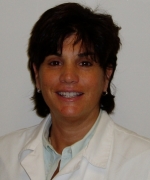