Diagnosing a mild TBI often has to rely on subjective evaluations. A standard, objective screening tool like a blood biomarker would help with diagnosis and with tracking recovery.

Diagnosing moderate and severe TBIs is obviously very easy. There is no issue there because you're going to have a soldier that's going to have a certain period of a loss of consciousness. Potentially you'll see evidence of the injury. That's not an issue. Mild TBI is what it is. I mean, how do you diagnose a concussion if you don't see the event? Well we do have--the military has developed diagnostic platforms, diagnostic procedures, questionnaires that a physician, a combat medic, a fellow soldier can ask the suspected person--the individual who may be suspected of having suffered a concussion, and to try to help with that diagnosis. But again it's not like doing an FDA-regulated-type validation trial. You can't do that in combat, so we know that this approach is imperfect. What I think the military needs and something that we've been strong proponents of--my research program and that we're heavily involved with-- is a more objective approach to identifying whether the brain has been hurt. And again we use the word biomarkers. The brain is--there's a lot of proteins, there's a lot of chemicals that make up the brain, and the idea being that it is impossible to measure these in an incredibly sensitive matter from someone's blood, but yet having proven that it can only come from the brain, and if that changes even in blood or in saliva, well now you have an indicator that the brain's been hurt. It might not be able to tell you how bad it's been hurt although we believe it can, and we have--we've done--we're doing clinical studies now to validate all that. But this will give us an objective approach, take the guesswork out of diagnosing a concussion or a mild TBI. And it also then gives you a way-- a method by which to track that individual's recovery with the assumption being that if that biomarker returns back to a normal level, his brain's okay. And this is so important because even in civilian medicine, there's no treatment for a concussion. You rest, you go home, you take it easy, you rest. When your symptoms--whether it's a migraine or dizziness or maybe no symptoms at all recover, then your good to go back and play again, et cetera. But of course what we've learned is what's--particularly from I think from sports medicine more than anything--is the problem of repeated concussions--repeated mild TBIs. And again in sports medicine, in the civilian community, it's quite easy to identify when the event occurs, and clearly today in sports medicine at all levels they track and monitor this whole repeated concussion syndrome and problem. Because we have a different environment in the military in combat, that's a real concern. We have no idea how many mild TBIs individual soldiers may be suffering over a course of 12 months' deployment and then repeat deployments. But the research and the evidence from research is extremely convincing that multiple brain injuries just build on each other and can create quite a severe outcome for an individual who standing in front of you would be perceived as being perfectly normal, and who had-- and then again with the blast injuries at the time of injury could potentially be perceived as being perfectly normal.
Posted on BrainLine May 21, 2012.

Frank Tortella, ST, PhD serves as the U.S. Army’s Medical Research and Material Command’s subject matter expert on neurotrauma and neuroprotection research for a diverse range of insults to include traumatic brain injury, concussions, and the neurological effects of blast exposure. 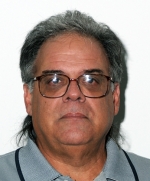