Often feelings of lost connection with family members—whether with a spouse, children, parents, or siblings—is what finally catalyzes a veteran or service member to seek treatment for TBI and/or PTSD. For example, a Special Ops veteran who had deployed 10 times during a 35-year military career finally sought treatment through the Home Base program because his child told his wife that he was afraid of him. He did not want the effects of TBI and/or PTSD to create irreparable damage to his whole, multigenerational family.

For information about treatments for brain injury please visit The Treatment Hub.

Many families that we see at Home Base are in some stage of crisis. The symptoms experienced by the veteran have spilled over to affect family dynamics. And it’s not just their relationship with their spouse, but often a relationship with their parents, with their siblings, and with their children. So we think about this as a multi-generational type injury or event. Many times when we see a veteran they will tell us that a big part of the reason they came to care is because they yelled at their children or they are struggling with their marriage. And it’s that, it’s not wanting to lose that connection, that has been perhaps the breaking point for them and what’s really driven them to come to care. And when we ask them about their goals, and what they hope to get out of treatment, oftentimes family dynamics and improving their family relationships is at the top of the list. It’s one of the reasons we’ve incorporated family care into what we do at Home Base. And it’s an extremely important part of the overall well-being of the veteran. I can think of a recent case regarding family. I saw a service member last week, actually a Special Operations Forces member. So, these are our most elite warriors, most elite service members, thought to be impervious to the effects of war, of trauma, both physically and emotionally. Who, after a 35-year career, was getting ready to retire and couldn’t be left alone with his children. He couldn’t be trusted not to leave the stove on. He got lost going to the grocery store. His wife would often send the neighbors over to check on him. And his son who was elementary school age, told mom that he was scared of daddy. He had never struck his children. He’d yelled at them for things that were seemingly minor, but he was worried that he was actually on the brink of doing something irreparable. And it’s really what drove him to care, and pretty much drove him to tears. Part of that might be a mental health difficulty, part of that might be effect of TBI. Part of that might be the effect of ten-plus deployments, and being gone for many, many years and sort of institutionalized in a culture that really promotes selflessness and team, and maybe less so family. But altogether this was an individual who sought care and treatment because of actually the difficulties it was causing with his family and really recognizing that for him that was the most important thing. So, family dynamics is very important. It can be impacted by these injuries, but it can also be the family that brings people to care and is sort of part of the solution to these injuries. It is. You know, there is just not enough support in the world for some of the challenges that are happening with these families. We can do our very best to sort of get people individual care, get them family therapy, get them couples therapy. But these, again, like the injuries themselves, can sometimes be very long struggles. The important part is that we’ve seen a lot of families saved. Right? And that’s, I think, an extremely powerful message. Again, is it perfect? Do we look like the Brady Bunch? Maybe not, but keeping the family unit intact is really such an important thing. And individual treatment can actually really help that. BrainLine is powered in part by Wounded Warrior Project to honor and empower post-9/11 injured service members, veterans, and their families.

Mary Alexis Iaccarino, MD, is a board-certified physiatrist with sub-specialty training in brain injury medicine. Her clinical and research areas of interest include diagnostic and treatment strategies in mild traumatic brain injury including blast and sport-related concussion. Dr. Iaccarino joined the Home Base team in 2016 as a brain injury physiatrist for the Intensive Clinical Program (ICP) and outpatient TBI program. Her goal is to provide comprehensive, evidenced-based brain injury care to veterans through multidisciplinary collaboration with psychology, neuropsychology, physical therapy, psychiatry, and other specialists. She specializes in the treatment of physical, cognitive, and behavioral deficits that occur after brain injury including headaches, pain, dizziness and vision symptoms, sleep difficulties, fatigue, concentration, and memory problems. 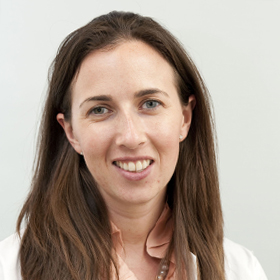 I need help I suffered a tbi due to hitting my head really hard on concrete due to a seizure 6yrs ago. The drs around here do not believe me.