Marty Yura: The Approach to Teaching Yoga to Veterans with PTSD

Marty Yura, MA
Related Content:
Ask the Expert - Brian Klassen, PhD: How Can Meditation and Yoga Help with My PTSD?
Marty Yura: The Possibilities of What Yoga Can Do for You
Marty Yura: The Force of Generational Trauma
The Treatment Hub

For veterans in the Emory Healthcare Veterans Program, Marty Yura teaches yoga with a focus on heightening the awareness of what a person is feeling in their body. With a focus on somatics—a way of re-educating the way our brain senses and moves the muscles—instead of traditional poses, he helps his students loosen their connective tissue, open neural pathways for greater energy flow to the body, and enhance their awareness of what they are feeling inside their bodies. "In some ways, this is a process of unlearning habituated movements that don't contribute to their health," he says.

Marty Yura is a yoga teacher and co-owner of Vista Yoga. A veteran with a Masters in Psychology, he served as a psychologist in the military for five years. He now teaches yoga to civilians as well as to veterans with PTSD and other physical and mental health conditions through the Emory Healthcare Veterans Program.

For information about PTSD, please visit The Treatment Hub.

In order to connect with this population, and there’s not much time because the classes are typically shorter than regular yoga classes of 75 or 90 minutes. So within an hour’s time, I want to establish a relationship. I don’t spend much time meditating at all - maybe occasionally. I tell them what my intention is, to equip them with things they can do on their own after they leave the program. I find out what physical constraints people have. I ask them to introduce themselves.

Typically, I won’t do that in a large public class or another setting. I don’t do as many, or hardly any, hands-on adjustments. It’s a sensitive issue with any trauma population. This is not a, I’ll say, not a heightened trauma situation, but I’m cautious not to intrude on people’s spaces. Occasionally I will do some adjustments with their permission. And usually the adjustment I do, a little assist and a twist, feels really good and people like it and almost everybody agrees to do that. And if they don’t, they don’t.

So what I want to do is make it safe for them, and go through what I think would work for them. And there is a bit of a routine to it, a regularity of routine. So, I’ll preface that it’s non-traditional what I’m going to do. And in any yoga setting this will be a bit non-traditional because my focus is on somatics at the beginning, in loosening connective tissue, in opening up neural pathways for energy to flow in the body. So a good part of the first session is supine, is on the floor, it’s not working against gravity, it’s movements to enhance people’s awareness of what they’re feeling inside their bodies. It’s not to include a repertoire, a fixed repertoire of poses, even the common yoga poses, but more for people to feel relaxed, loosened.

And then probably the second session of the week is I come into more standing poses. You could say that it’s a process of unlearning habituated movements that don’t contribute to their health. And it could be how they fold over, how they bend, how they twist, how they move.

Grounding them more, as a baseline, is what I’m trying to accomplish. For this population, slowing down I think is far more important than speeding up. I think giving people occasion to rest. A part of what I do, not every time, I do body scans, I do quiet poses so that they can be in the pose to heighten their awareness of what they’re feeling in their bodies. And I think that’s far more important than, you know, building up to some exotic pose.

BrainLine is powered in part by Wounded Warrior Project to honor and empower post-9/11 injured service members, veterans, and their families.

Marty Yura is a yoga teacher and co-owner of Vista Yoga. A veteran with a Masters in Psychology, he served as a psychologist in the military for five years. He now teaches yoga to civilians as well as to veterans with PTSD and other physical and mental health conditions through the Emory Healthcare Veterans Program. 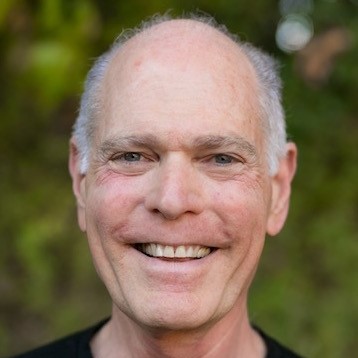