How to Treat Children with TBI

Rachel Berger, MD, MPH
Related Content:
How Does TBI Differ for Those Injured as Children?
Children with Traumatic Brain Injury: A Parents' Guide
Best Practices in Cognitive Rehabilitation for Children and Youth

Unlike adults, children with a brain injury may not manifest any issues until they fail to reach a new developmental stage. Earlier intervention is always advisable, but diagnosis can be tricky.

In terms of long-term needs for children with brain injury, they're really not that different from adults except that the expectations are going to be different. The idea of returning to prior function really doesn't--is not really relevant in a child. One of the issues with brain injury is when the child leaves the hospital at say 4 months of age after a severe brain injury, they may look like every other 4-month-old because the demands on a 4-month-old are very, very low. As they get older, the difference between them and their un-brain-injured peers becomes greater and greater. So, at age 2 when they're not walking and they're not talking and the peers are, then it becomes much more obvious. We do know that early therapy--as early as you can do it when you see deficits--does help. Physical therapy, occupational therapy, speech therapy-- they all do seem to help. One of the biggest barriers we see in children who are abused is that there are very long delays in getting those services started-- either because of issues with consent where the biological parents need to consent to therapy and the children are in foster care, or issues--just that they're in a foster home with 6 other children, and the foster parent can't actually get them to all the therapies. Some of the issues we see with abuse are related to just inability to get the services. But really the services that are needed--occupational therapy, physical therapy, speech therapy--are very similar in all children who have had a brain injury. The way we assess brain injury is the same as in adults. We use the Glasgow Coma Scale score, which is a score from 3 to 15, where 15 is normal. As we know with adults, most people will have a GCS score of 15, which is normal. It doesn't mean there are no injuries. We often use the CT scan, as we talked about. Although the vast majority of the time, that's normal as well. More frequently we've been doing--or more recently, we've been doing MRI's to get a better sense of injuries to the brain-- that we can't see on CT--that are more subtle. But really, that's the way we assess severity. There isn't anything at this point without a biomarker that's more sensitive or more specific than those clinical variables.
Posted on BrainLine January 9, 2013. 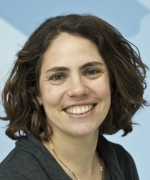