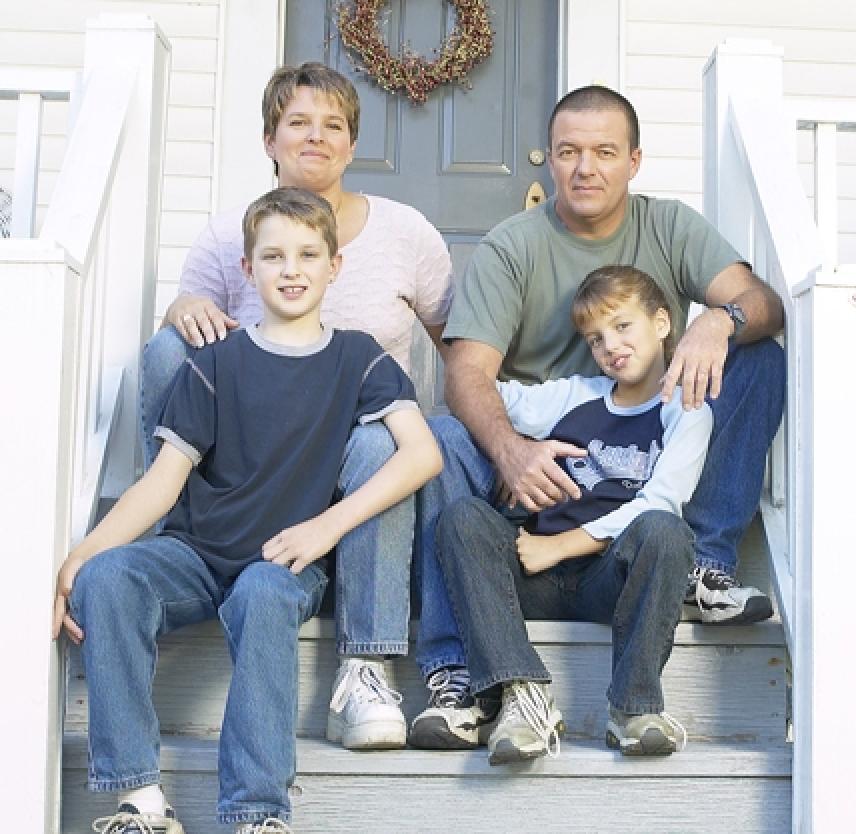 Related Content:
Living with a Traumatic Brain Injury
Three Words That Motivated Me to Continue On

On August 14, 1990, I awoke to a sunny, beautiful day. Life seemed good again. I had been remarried for eighteen months; my two sons, Guy and Adam, had turned out to be fine young men; and I was beginning to get acquainted with my four step-daughters. On that Tuesday I was looking forward to visiting my cousin Cindy. Since it was such a lovely morning, I thought, “Why not bike to her house?” She lived only three miles from my home in Saco, Maine. To reach her, I had to go through pasture lands in a part of town that tourists on Route One rarely experienced. With some anticipation, I brewed my morning coffee and ate breakfast with my husband, Ted. “I’ll be back home to fix lunch,” I assured him. (Ted has no kitchen skills!) Then, after cleaning up our breakfast dishes, I walked to the garage, where Ted helped me ready his bike for the trip. Kissing him good-bye, I headed out, promising I’d be home before lunchtime. But . . .

As noon approached and I had not arrived home, Ted began to wonder what had happened. It was not like me to say one thing and do another. He phoned Cindy.

“She never showed up at my house,” Cindy told him.

After Ted hung up, Cindy had an unsettling memory — she recalled hearing a report of a bicycle accident on her scanner that morning. Panicky, she phoned the Saco police. The officer who answered the call asked for a description of her cousin before releasing any information about the accident. He said the victim had no identification on her.

Fear seized Cindy as she described me to the police. “She’s a small woman with long, blonde hair. Her hands and feet are small, and she has an unusual wedding ring that has a blue stone.”

After Cindy’s rapid-fire call, Ted phoned my dad and my son Guy, who was visiting, to alert them both. They arranged to meet Ted at the hospital. Then Ted phoned his daughter Tania, and she contacted her three sisters.

As he sped along country roads — intent on getting to Maine Medical Center in Portland, a half-hour’s drive away — Ted passed my grandmother’s familiar white farm house without noticing it. Negotiating a left turn onto another road, he slowed down and saw with horror the blood splattered on the intersection ahead. The terrible sight left him shaking. What condition would I be in when he finally got to Maine Medical Center? Would I even be alive?

With the hospital finally in sight, he found his way blocked by a passing train. It seemed to Ted to be the slowest train in the world. And he was six cars back! In desperation, he shifted into park, left the car idling, and quickly walked to the front of the line. Urgency in his voice, he asked each driver to move out of the way so he could be the first to cross the tracks when the train had passed. Amazingly, they all agreed. The bar finally rose and he raced to the emergency entrance of the hospital.

As soon as Ted entered my room, a shocking image confronted him. I lay unconscious in the hospital bed, blood and spinal fluid draining from my left ear. Cuts covered my body.

Soon my father and Guy arrived, and they, too, were stunned to find me in such critical condition. While Ted dealt with the necessary paper work, Dad and Guy went in to see me. Athletic and twenty-one, Guy had endured many of his own injuries. Driving to the hospital with his grandfather, he had tried to reassure them both that I was not likely to be seriously injured in a bicycle accident. But when he saw the bleeding, unconscious woman, Guy could hardly believe she was his mother. He turned back to the waiting room. There Ted and his grandfather, who had always resembled John Wayne in Guy’s mind, were dissolved in tears. Guy had never seen his grandfather weep. The three men huddled on the waiting room couch.

The doctor who had diagnosed me gave them a quick rundown of my condition and what the medical team planned to do in the next few hours. Of most concern — and rapidly endangering my survival — was the swelling in my brain. The brain damage was widespread. It included a concussion in the right front temple area. This concussion had resulted in prefrontal lobe lesions. There was also damage to the temporal lobe and motor cortex in the left part of the brain. In addition, a vital nerve serving the left ear had been severed.

The medical team planned to drill a hole through my skull to try to ease dangerous swelling of the brain and to monitor any new swelling that might occur. If the swelling did not recede within forty-eight hours, a portion of my brain would have to be removed. If I survived the next forty-eight hours, I would have a second chance at life.

My three fellows listened grimly. This was hard news.

My seventeen-year-old son, Adam, still had no idea of my situation. Guy phoned him. Adam, a high-school senior, was just getting out of football practice in Sanford, about forty miles from the medical center. After my divorce from his father, Adam lived with me during the week but attended high school in Sanford. During the summer he worked in Sanford and lived with his father. Guy did not tell his brother how bad things were. He just said, “Mom’s had an accident. You’ve got to come.”

Adam arrived an hour and a half later. Like Guy, he was an athlete, and he had sustained his own set of injuries. “A bicycle accident?” he thought. “No real problem.” Even his brother’s serious expression did not alarm him. But as soon as he entered my cubicle, shock overcame him. He was certain there must be some mistake. That ashen-colored woman lying there with a tube protruding from her forehead could not be his mother.

In the hours and days to come, Ted and the boys — desperate to find something positive to do — became sleuths working with police and doctors to figure out what had happened. The extent of my injuries suggested two separate accidents had occurred, one after the other. Because of the serious hematomas on the left side of my body, they surmised that I had been hit by a car first and had lain in the road for several hours before getting back on the bike.

No one ever reported such an incident to the police. The second accident, however, had two witnesses who saw me riding unsteadily down a hill ahead of their car. The driver put his brakes on, refusing to pass me. He commented to his wife, “We’d better wait. She looks like she’s having trouble.”

They reported that the front wheel of my bicycle wobbled as I tried to control the handlebars. The hapless couple watched in horror as, still heading downhill, I fell forward over the handlebars and landed on my head. The woman, a licensed practical nurse, ministered to me as best she could while her husband went to a nearby house to call the police and an ambulance.

The officer who reported to the scene made a succinct report of the situation as she found it:

On Tues., 08/14/90 at 1340 hrs., this officer was dispatched to the intersection of Heath & Mc-Kenney Road in ref. to a bicyclist being injured. Saco Rescue responding as well. Upon arrival, a female was observed laying face down on the pavement in the middle of the intersection of McKenney and Heath Roads. A bicycle was lying on the pavement close by. Female was bleeding from the head and ear area. A female witness, identifying herself as an LPN, was holding a towel to the injured female’s head. Saco Rescue arrived a few seconds after this officer and took over caring for the injured female. Female was unable to tell us her name or any information and was conscious but not coherent upon officer’s arrival. This officer spoke to two witnesses.

While reading the report, Ted and Dad recalled that I had always ridden bikes with foot brakes. Ted’s bike, which was new to me, had hand brakes. Had I gripped the brakes too tightly and catapulted over the handlebars when the bike stopped suddenly? That seemed plausible for the second accident, but what about the first? Had I been hit by a driver who had sped off, leaving me bleeding and too dazed to know what I was doing when I got back on the bike? Could someone have left me to die?

The family waited in agony as each hour crept by. Lorraine, my younger half-sister and Tania, Ted’s daughter, took turns washing blood out of my hair and gently combing it during their five-minute visits to my bedside. Thanks to them, I was not shaved bald. Despite all their efforts and concern, I remained in a coma. The next forty-eight hours were critical. Would the swelling in my brain stop in time? Would a portion of my brain have to be removed? How would I fare then? Would I survive? And if I did, who would I be?