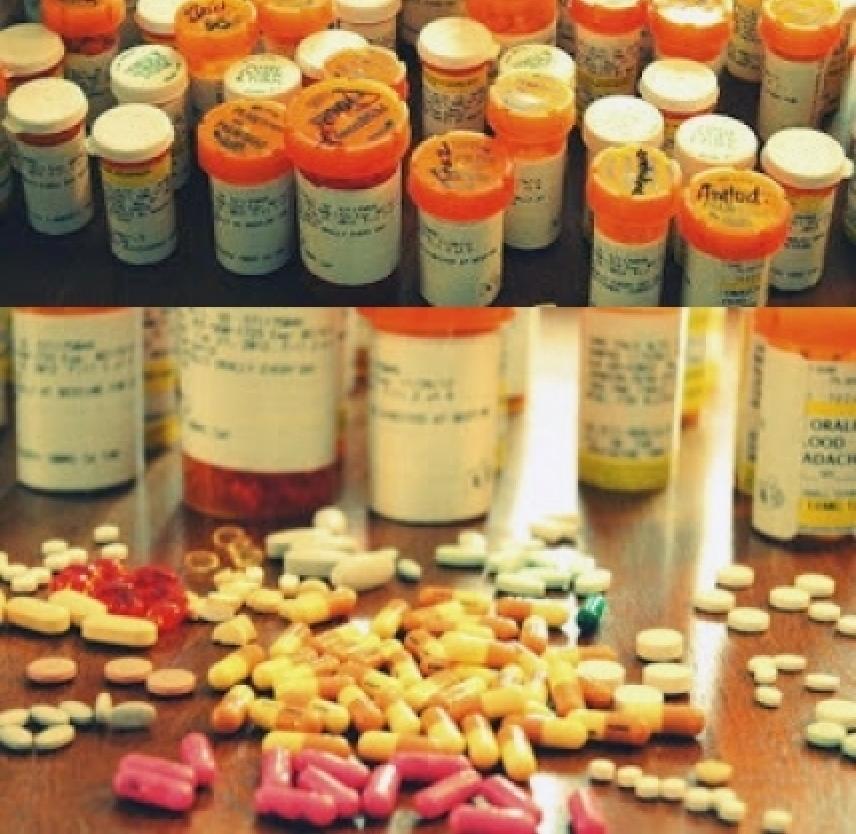 Have you heard the term “new normal” lately? It’s been bouncing around for a few years and is used to describe the adjustments veterans and families go through when they return home from war.

Have you ever wondered what it looks like? My husband has a closed head injury (TBI), PTSD, and is legally blind. Honestly, if you meet him all you will notice is the dark glasses and cane or guide dog. He will most likely be pleasant and friendly. He can carry on a conversation. He will behave in a socially appropriate manner. He will leave you wondering if there is really anything wrong with him. 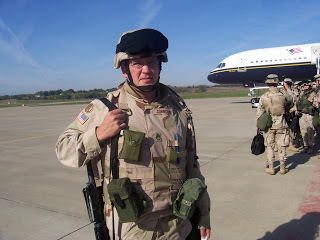 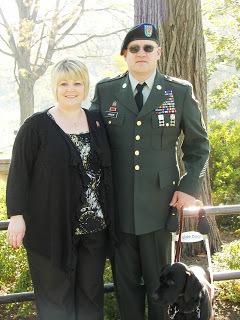 Some things you will not know about him after meeting him:

Does this look “normal” to you? Thirteen different medications to keep him stable and doing as well as he is, to enhance his quality of life. 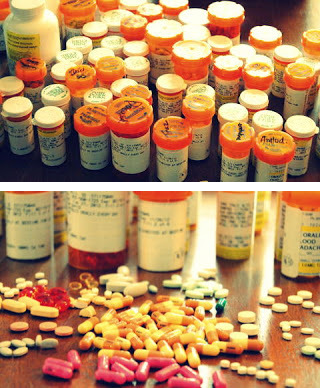 I recently copied 365 pages of medical records (from the inpatient program this spring) and paid $19 to mail them to the Army so they would have a set for the new MEB (medical evaluation board). Two and a half years after we testified about Seamless Transition and there is still no electronic record sharing in place nationwide between the VA and the DoD. We started the MEB over in May and have finally been assigned a temporary PEBLO (casemanager) six months later. It’s been five years and we are starting over. The man is legally blind, cannot fire a weapon, yet is attached to an ammunition unit and can’t get his MEB completed in a timely manner. 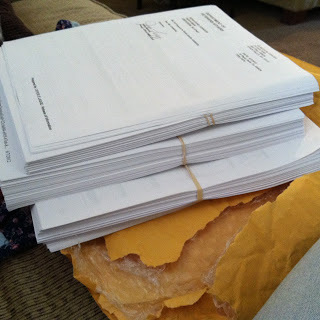 Interestingly, I also had to copy these same records and deliver to the VA in Sioux Falls because they could not access all of his records within their own system. That’s called progress, folks.

The worst of it? Learning to deal with the silence when we are in the same room. The lack of interaction, conversation, the isolation and detachment. The lingering loneliness.

We have learned to say “new normal” like it’s some shiny banner proclaiming we are making the best of it and moving forward. One step forward and two steps back.

He came home, but he didn’t come back. No war is ever over. 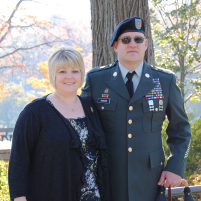 Melissa Johnson and her husband, Sean, were married in 1995 and raised their three children in Aberdeen, SD. Melissa taught for 15 years in Special Education and First Grade. Sean served in the US Army and was deployed three times in his 24-year career in the military. Sean was injured by a mortar blast on March 25, 2006, in Balad, Iraq. The blast resulted in a traumatic brain injury. Sean is also legally blind and struggles with post-traumatic stress disorder.

When Sean returned home in 2007, the family struggled to adjust to this “new” man in their house. Melissa eventually left her teaching job to become a full-time caregiver to her husband. She is now a certified caregiver through the VA’s Caregiver Program.

Both Melissa and Sean have been active with the Blinded Veterans Association since 2009. Sean serves as Commander of his local VFW chapter and is also the Junior Vice of the local Disabled American Veterans chapter. Melissa currently works with the Military and Veteran Caregiver Network as the Education and Training Coordinator. She serves with the Elizabeth Dole Foundation as a Caregiver Fellow. She is honored to work alongside other caregivers from across the nation to raise awareness of the issues facing our nation’s caregivers and families.

Read more from Melissa on her blog: Bringing the Battle Home