A Mission to Move: Thriving, Not Just Surviving, Following TBI 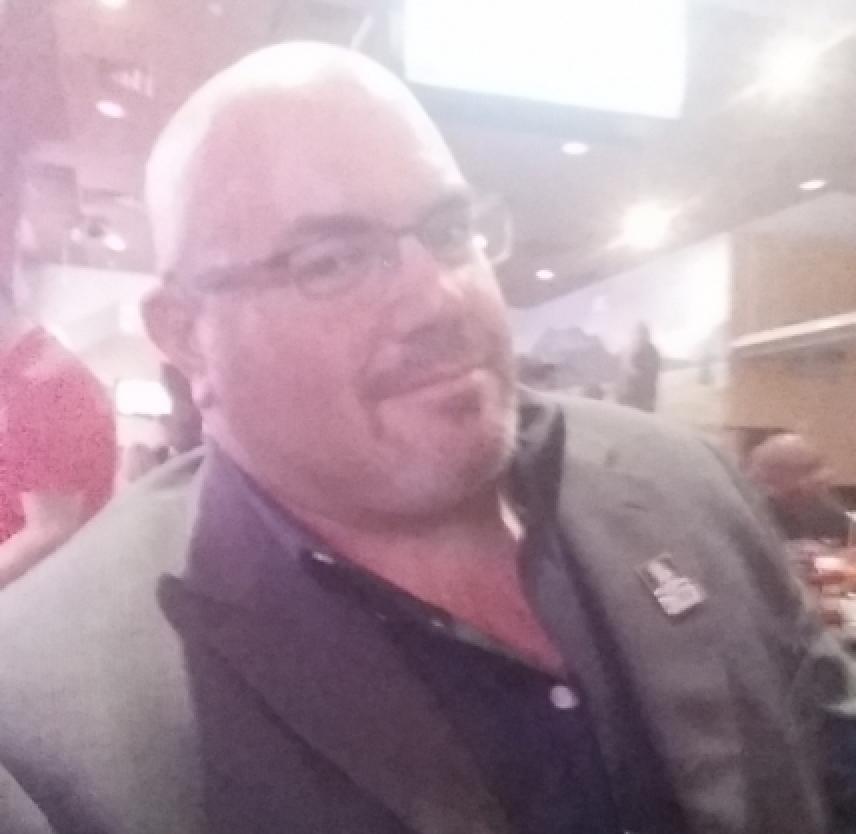 You need a mission.

So says Sergeant Bill Hansen, a former Marine turned member of the U.S. National Guard and a current mentor with the Wounded Warrior Project® (WWP). Today Sgt. Hansen has a clear mission: to provide mentorship and support to young veterans carrying the physical and emotional scars of war. "Big Sarge" (as he has been aptly nicknamed) is a true American hero — a veteran with more than two decades of service to his name, a former educator and coach, and a man who generously gives his time and energy to training recently-injured warriors for athletic events such as the Tough Mudder. He's a man accustomed to playing many roles in his life, one of which also happens to be survivor of brain injury.

If you met him today, it would be hard to imagine this energetic man voluntarily sequestered on the couch, a container of chocolate chip cookie dough in hand, but that experience is also true of Big Sarge's journey. The story of his transition from an active duty soldier to a Wounded Warrior mentor is the story of a real man grappling with the challenges of any veteran or TBI survivor.

In 2009, while completing his second tour of duty in Iraq, Big Sarge's convoy was hit by an improvised explosive device (IED), leaving him with an undiagnosed traumatic brain injury. It was one of eight concussive injuries he would sustain during active duty, eventually leading to a brain bleed and significant changes in cognition. From the outside, Big Sarge's injuries were hard to detect. He did not let on that he was relying on painkillers and Rockstars (highly caffeinated energy drinks) to manage the chronic pain and issues with cognition. Like a good soldier, he was determined to complete his final tour and return home.

Unfortunately, life was no easier at home in California. Struggling with cognitive issues that involved his short-term memory and attention, Big Sarge returned from Iraq only to enter a new battle: fighting for quality care. "You broke me. You fix me," he recalls arguing with the Veterans Administration (VA).

Before being wounded, Big Sarge considered himself an active person. He was an athlete, a high school coach, and an involved father to four daughters. But in the months following his return home, as he battled the VA and searched for explanations about his health, he became a man nearly unrecognizable to himself.

Traumatic brain injury and PTSD had delivered a crushing blow to his identity. "I zoned out for awhile," he explains while describing the bouts of anger and impatience he directed to his family, the sedentary lifestyle that caused him to gain nearly 100 pounds, and the feelings of worthlessness that pervaded. This was survival, but it certainly wasn't living. Without a strong support system other than the daughters he was co-parenting with his ex-wife, Big Sarge had to dig deep, drawing primarily upon the lessons in perseverance passed down by his own father, as well as the courageous mindset instilled in him by the military.

He needed a mission.

"I felt horrible about myself," Big Sarge recalls, as he reflects on the period he spent struggling with the emotional and physical aftermath of his injuries. It took the honesty of his young daughter Amanda before he was ready to pick up the reins and take control of his own life again: "She came to me and she said, 'Dad, something's the matter. You're not acting like dad anymore.'"

This conversation would mark Day 1 of Big Sarge's most critical mission yet: Be daddy again. After nearly 14 months since returning from active duty, Big Sarge had finally defined his most important mission. Now it was time to figure out how exactly to put his intentions into action. And so he began by setting a series of specific, measurable goals.

"I knew I was in terrible shape," Big Sarge admits, "but I said, 'I know I can do this. I just need to start losing the weight.'" He focused his intentions on losing 10 pounds. This would become the first in a series of increasingly challenging goals.

"I had to have several goals, and I had to make them verbal to others," he explains. Sharing his goals aloud with others helped keep Big Sarge accountable for the progress he was making, but it also connected him to friends who would help support his hard work: "I even had a friend come in and clean out my pantry of junk food."

But even with a clearly defined mission and a widening support system, the temptation to fall back into his earlier ways did not immediately subside: "I was working a high stress job while I was trying to recover, so there were times I would take four steps forward and three steps back." At his lowest moments, he found himself re-nursing old injuries, back on the couch with his personal kryptonite — chocolate chip cookie dough — back in hand.

It took time and patience to achieve that first goal, but once he accomplished his initial weight loss, Big Sarge remained focus on achieving the next milestone: running a full mile without stopping. His commitment to these bite-sized, ongoing goals eventually led Big Sarge to aim his sights on a much larger prize: "I read about the Tough Mudder, and I thought, 'That sounds crazy. Sign me up.'"

Without telling anyone, he signed himself up for the grueling 12-mile obstacle course and began training. Instead of joining a team, he chose to compete individually, uneasy about involving anyone else in his goal: "I didn't want a cheer team. I didn't want anyone to wait or have to slow down because I was going so slow. I just wanted to see if I still had it in me to finish … no matter what."

It took over seven hours to complete the course (most competitors take about three hours), but Big Sarge made it to the finish line. The taste of accomplishment fueled him with the confidence to keep going, and he quickly signed up for his second Tough Mudder, as part of the official Wounded Warrior team.

In the three years since, Big Sarge has successfully completed seven Tough Mudder and Spartan Race competitions, bicycled from Palo Alto to Los Angeles down Highway 1 in just five days, completed several CrossFit competitions leading up to the National Disney Fitness Challenge (placing third overall in his age group), and is now a certified CrossFit coach. Twice weekly he teaches CrossFit to Wounded Warriors in his community. With each accomplishment, he continues to raise the bar for his fitness goals and hopes to be the first Wounded Warrior to compete in the CrossFit games.

Fitness has provided Big Sarge with a strong sense of inner motivation, but it has healed him in more ways than one. The experience of training and competing has connected him to his community by lifting him out of depression and into a position of helping other veterans. "For a long time, I was being carried," he reflects. This was not an easy role to accept for someone whose career in the armed services required him to lead and carry others.

There are still battles to be fought on the home front, including an ongoing struggle with the VA (To date Big Sarge's recovery has been entirely funded out-of-pocket or by contributions.) and persistent TBI issues including problems with focus and memory, migraines, and phantom pain. But Big Sarge has come a long way.

Through his association with the WWP and his desire to make good on becoming daddy again, he is now living with a sense of purpose, one that has impelled him to thrive in the face of challenge. Today Big Sarge describes himself as a more present father, involved in the lives of his daughters — ages 23, 22, 15, and 12 — to the extent that he has deliberately ruled out dating for the moment. As he manages his time trying to fulfill his many roles in the veteran and athletic worlds, there is hardly an opportunity to revert back to old sedentary habits. When frustrations inevitably arise, he says, "I remind myself that I will never be perfect, but I need to just keep moving in a positive way forward."

The message Big Sarge spreads today is one for all recovering veterans and TBI survivors. "It's about reminding people what the body can do. People see where they were. They see where they are now, and they say, 'I can never do that again.' But the body will remember. It just takes time. It takes getting over the fear."