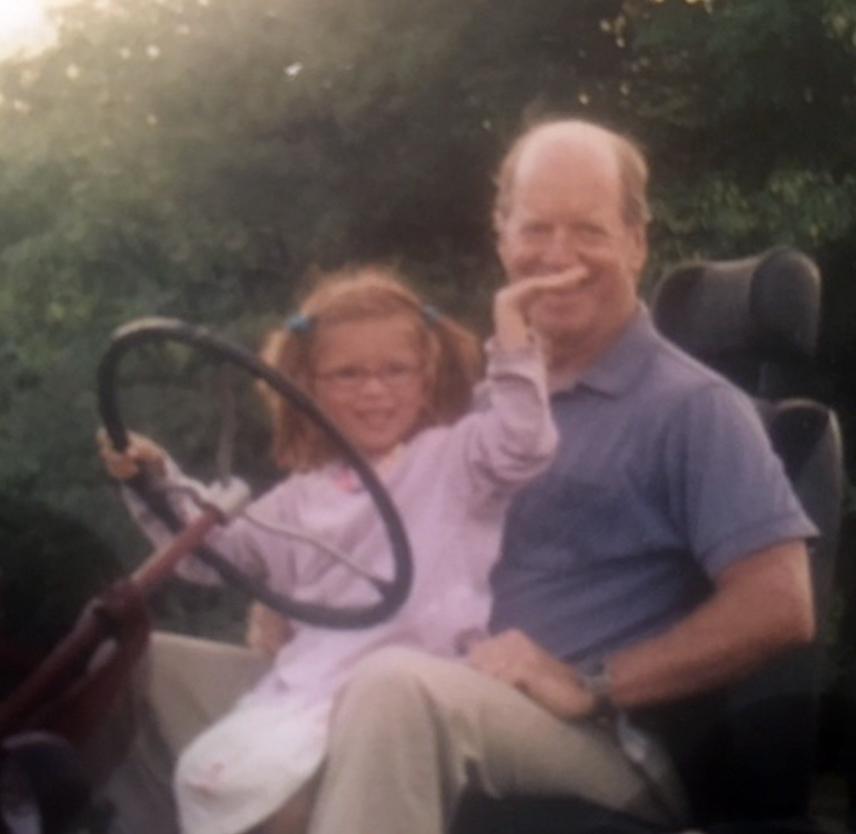 Related Content:
Silver Linings
You’re a Survivor Too
Climbing Back: A Family’s Journey Through Brain Injury

It’s not that I ever questioned the importance of our brains. But until calamity hit, I took the brain for granted. In 2010, I found myself in the sandwich generation between two people I adored, my seventy-year-old father and my twelve-year-old daughter, both of whom suffered serious insults to the brain.

My father’s brain disease started when he was sixty-eight. Athletic, fully healthy except for a pesky irregular heartbeat, he went in for an ablation, a routine procedure to correct his irregular heartbeat. The procedure went drastically awry, causing my dad to spend a week in the ICU, in and out of consciousness, his brain deprived of the vital nutrient: oxygen. A few weeks later, while ostensibly recovering, my father’s pericardial sac nearly burst as a result of the botched ablation, and he needed emergency open-heart surgery: another week in the ICU. Both cardiac events constituted insults to the brain, which in turn jump-started two latent disease processes that most likely would have stayed dormant for at least another decade: Lewy Body’s Dementia, and Alzheimer’s Disease.

We did not discover the extent of the damage until his brain autopsy five years later, because my father went to great lengths to shield us, his family, from his confusion and disorientation. But a couple years after his botched ablation, we encountered a blatant clue. My father, unbeknownst to any of us—including himself—had wantonly invested my parents’ life savings, and lost it all. This meant his dementia was progressive (not vascular, as we had hoped). It also meant he had to sell our beloved family homestead in New Hampshire. Cut to our first extended family vacation, not in the White Mountains, but in a borrowed house in Maine. This was where my daughter T éa was struck by a Volvo, thrown thirty feet, knocked unconscious, and airlifted to the hospital where she spent three days and nights in the PICU, her life and brain-state hanging in the balance.

Those first fifty-six hours by T éa’s bedside were harrowing. We did not know if she would pull through, or if she did, what her cognitive capacity would be. My extended family (all there for our “vacation”) hovered around T éa’s inert body, praying, crying, and whispering to her. Her siblings put her glasses on her face as a talisman, even though her eyes were closed. I slept a total of maybe two hours that entire time—which marked the first time in over two years that I did not track my father’s decline. He was there, at the foot of T éa’s bed, alternating between praying for his granddaughter and trying in vain to do his crossword puzzle, but I was riveted only to T éa. I kept hearing doctors say “insult to the brain”—a term I had never heard before my father’s debacle that now seemed to be the defining phrase of my life.

Hour fifty-six, a miracle happened. A true mind-blowing miracle. T éa sat up and started talking.  “Why can’t I go to rock climbing camp?” She wanted to know, having overheard the doctors tell me about the obvious need to dismantle her summer plans. I have never been so happy in my life to hear a “ ’tween” of mine voice protest and disappointment!

One of the first things I said to T éa seemed like a non sequitur. After telling her about her accident, I added that no one was mad at her. This was because, while she’d been unconscious, a charismatic nurse named Jay had repeated in his booming baritone:  “YOU ARE IN THE HOSPITAL BECAUSE YOU WERE HIT BY A CAR, BUT NO ONE ANYWHERE IN THE WORLD IS MAD AT YOU.” He told me that almost every kid who regains consciousness asks if they are in trouble—a fact I found heartbreaking.

Téa’s story is a miracle, and in a very different way, my father’s is, too. T éa’s miracle is not only that she lived, but that after following the Cognitive Brain Rest protocol for two months—no screens, no excitement, no exertion, lots of rest, lots of simple crafts—and nearly a year of concussion, she fully resumed a normal life, all faculties intact. Her school created a prize, which T éa was honored with her seventh-grade year: The Perseverance Award.

My father’s trajectory was tragic, his miracle being that he intentionally, peacefully, managed to die. He lost his bearings, his grasp of words, and suffered from agnosia—the inability to discern our faces. He had paranoid delusions, convinced that he and I (his last six months of life he thought I was his CFO) were headed to jail in orange jumpsuits. We talked him off the ledge regularly, but it was exhausting, devastating, especially for my mother who was his primary caregiver working “the 36-hour day.” My father barely slept, dragging furniture around all night, trying “to get out of here.”

My father needed full-time care, but we did not have the funds—especially given that he, physically strong as an ox, seemed likely to live another decade or two. Although delusional, my father was preoccupied with their finances, and one day declared that he’d made a business deal that would set my parents up for life—this after talking to the wall about the fine points of the arrangement. At first, we did not recognize his conversation with the wall as the moment of supreme lucidity that it was, but from that moment on, my father refused to eat or drink. The whole family soon gathered, and within ten days he died a peaceful death, his favorite terrier, Davis, licking his arm as he passed.

Although I miss my father daily and continually worry about how easily T éa’s fragile brain gets re-concussed, I recognize that given all that happened, we were blessed by how it unfolded. And I will never again take for granted the miraculous organ that is our brain.

Hilary Illick is a life coach, writer, and on faculty at the Hoffman Institute.

She is working on a book, “I Surrender: Shifting from Anxiety to Gratitude,” a memoir that involves the incidents that occurred in this post.