Life Out of Order: An Interview with Sally Laux 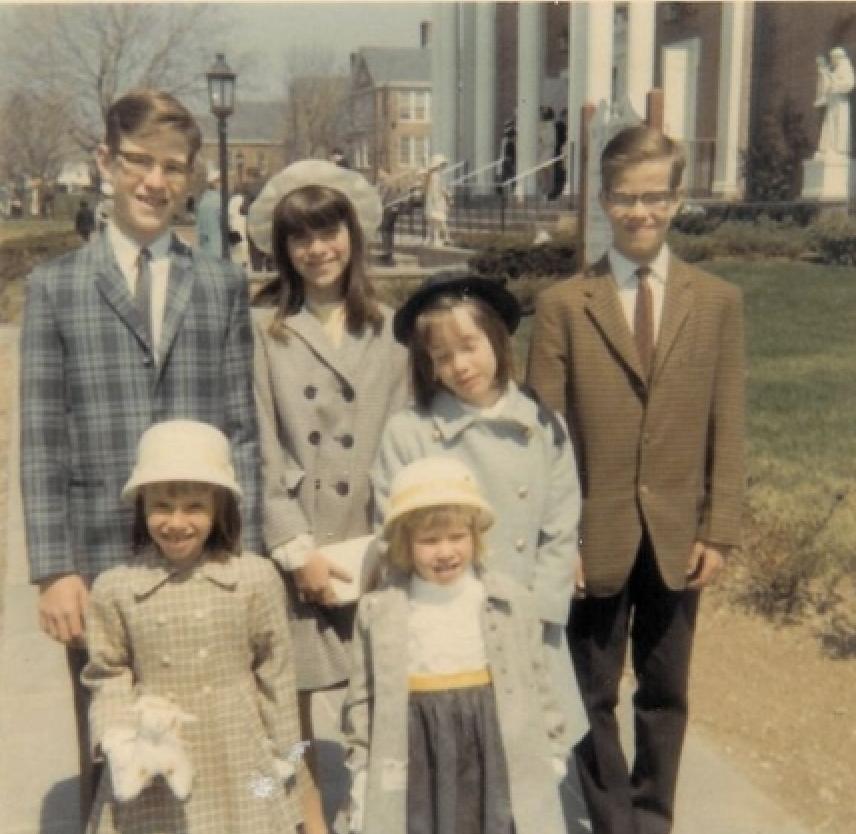 History holds the truths of my relationships with my siblings, whether we are banded together, or standing separate. My siblings are inside me. They are me. I see myself in my sisters and brothers.
–Sally Laux

I read the book, Life Out of Order, with a certain reverence. I am one of six children, and so is author, Sally Laux. Sally grew up in a large family with three brothers and two sisters. Two of her brothers died, one at age 32 of AIDS, and the other at age 48 of many complications. Her youngest brother, Matt, then suffered a severe traumatic brain injury in 2004. In her book, she tells the narrative of their lives through her relationship with them. I recently interviewed Sally, about caring for her younger brother with TBI. Here are her insights:

Can you tell me a little about Matt before his injury?

We were the two youngest. We were close and went to the same college, having fun with the party scene for a time together. In 1982, I was assaulted on campus and my drinking became a way of coping. I drank heavily for the next four years. Ultimately, I ended up in a rehab and Matt supported me. He was an anchor line in my life. Matt married and had two children and was successful in business, travelling as a VP of Sales for a big company. Those sales trips fueled his alcoholism. I had gone to rehab and became sober. I wanted him to do the same, but he never did.

How did Matt sustain his TBI?

In April 2004, he had a head-on car wreck on a stormy day. Matt had been drinking. It was 1:00 p.m. and he was intoxicated, driving with no seatbelt. He had a massive diffuse brain bleed. I had worked as a neuro ICU nurse, so I knew what this meant.

What were Matt’s deficits?

He suffered multiple severe injuries. He’s primarily dependent on a wheelchair, but sometimes he uses a walker. He needs much assistance with daily living and his social skills are limited. He’s non-participatory in the community where he lives and is very self-conscious about his injuries. He says, “I died in the accident, and I’m living in hell.”

How do you feel about all this?

I’m sometimes resentful. I’m Matt’s legal guardian; I did that voluntarily. It’s daunting! Matt sporadically sees his two kids. He is divorced and his ex-wife and kids live in another state, busy with their own lives. It’s sad that there is nothing I can do to change anything or to help him feel better emotionally.

Where does Matt live?

He lives in a facility called Peachtree Acres here in Delaware. It’s a twenty-bed residential “home” specifically for clients with TBI. It is a non-profit, state-funded, subsidized-by -HUD facility. It has been a miracle solution not only for Matt but also for me. They offer a daily schedule of activities, groups, professional support, and outings. Prior to admission to Peachtree, Matt was in a nursing home that was socially and environmentally inappropriate for him. Sadly, this is often what happens to people with TBI who have no other resources.

What has helped you cope?

No one thing has gotten me through my years of grieving. It has been many things and many moments in time strung together. It has been music; an antidote I know won't let me down. It has been stacks of journals, therapy chairs, rocking chairs, front porches at sunrise, couches and park benches, blue skies and gray skies, sunny days of relief, and telling thunderstorms. It has been countless conversations with my sisters, strangers, and friends leading to insights of wisdom which often arrive in the dark of night. It has been movies and plays, songs and poetry. It has been sought-out retreats and unexpected places. Staring mindlessly out windows, watching traffic, wondering where everyone is going, where they’ve come from, and if they've lost a sibling.

After talking with Sally, I reread a beautiful passage in her book:

Times together or times apart, I have drawn on the deeply instilled qualities that first stemmed from my siblings: perseverance, resilience, patience, tolerance, loyalty, a twisted wit, and blood-binding love. I draw from this same pool of traits to survive these days and nights with Matt.

Read an excerpt from Sally's book, Life Out of Order.

To learn more about Sally Laux and her book, please visit her website: www.SallyLaux.com.