A Conversation with Joan Ryan 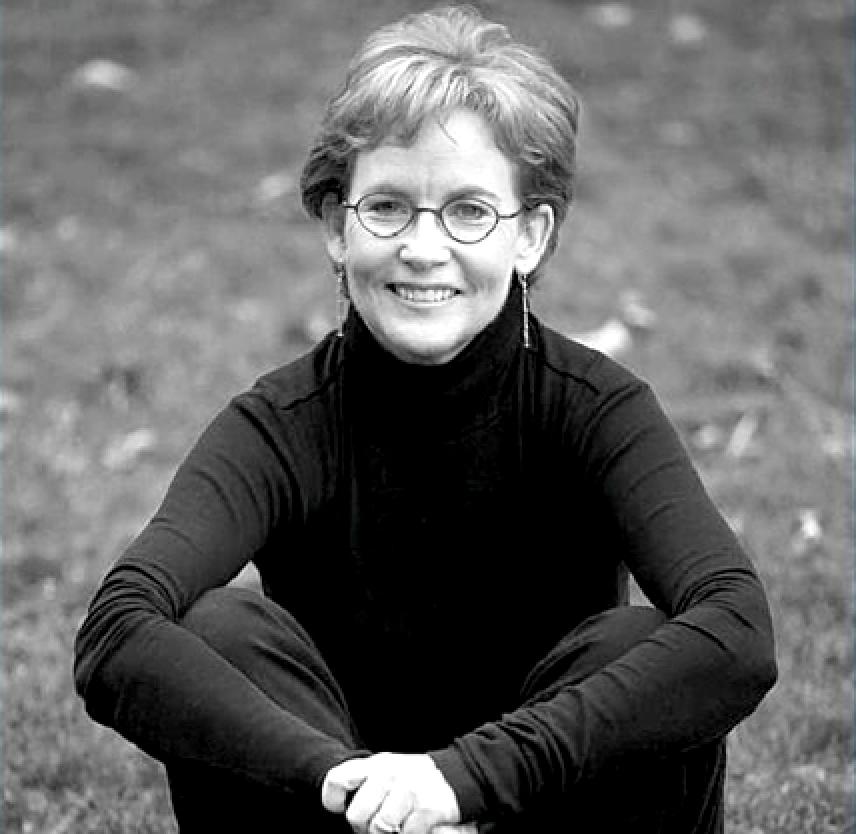 Q: Your new book, The Water Giver, is a memoir centered on the consequences of your son Ryan’s head injury. What happened?

Ryan rebuilt, and occasionally built, skateboards. He had just put new bearings on one of boards and wanted to try them out. He had loaned his helmet to a friend and didn’t want to take the time to retrieve it. So he took the board down a fairly gentle hill about 2 blocks from our home. According to a few witnesses, he began to wobble and then fell, hitting head first. He rolled down the hill, hitting his head several more times.

Q: At first it didn’t seem that Ryan’s injury was all that serious — he was conscious when they loaded him onto the ambulance — but things quickly went bad. What happened to Ryan’s brain?

What at first seemed like just a knock on the head, turned quickly into a full-blown trauma. In the ambulance, he became extremely agitated, a sign of a traumatic brain injury. A CT scan showed a bleed in his brain, so neurosurgeon did emergency surgery that night to stop the bleed. But Ryan’s brain swelled from the impact of the fall, just a bruise swells. The top of his skull was removed to give the brain room to swell, like yeast rising from a pan. At one point his brain began to settle on his brain stem and he nearly died. Eventually, the swelling was controlled and Ryan was awakened from his coma.

Q: What is the likelihood that Ryan’s injury would not have been so serious had he been wearing a helmet?

Doctors think he might have had a concussion but not a serious brain injury.

Q: The Water Giver provides a kind of journal of Ryan’s remarkable — if at times harrowing — path to recovery, with you, your husband Barry, and many loving friends at his side. But the most touching part of the story might be what you'd iscovered about yourself during this ordeal. What do you mean when you write, “For ninety-four days in 2006, my life hurtled backward, then slowly forward again. I got a second chance. A do-over”?

I received the gift – at however high a price – of getting to raise Ryan all over again. It was as if he went through all the stages of childhood during the course of those three months: learning to talk, to eat, to walk, to think, to use a toilet. And this time I was a different kind of mother. I finally could accept and truly admire Ryan for who he is, not who I imagined he should be. Instead of always focusing on what I thought needed “fixing,’’ I celebrated every small step forward. In other words, I finally was appreciated what Ryan COULD do rather than what he couldn’t.

Q: Would you say that Ryan was a difficult child to raise?

Very. He had learning disabilities and something called sensory integration dysfunction. He was overly sensitive to certain fabrics, certain smells, sun hitting his eyes. He was easily frustrated and threw the most spectacular tantrums. I can’t tell you how many birthday parties we had to leave, with me apologizing to the hosts on our way out. Normal discipline didn’t work with Ryan. I kept looking, without much luck, for answers, for a way to make this kid behave and focus and, frankly, “be normal.’’

Q: You were an accomplished journalist — a trailblazer as one of the country’s first female sportswriter. After proving yourself so capable, why did you find motherhood so difficult?

Because motherhood isn’t something I could simply will myself to do well. It’s not something you can learn from research or even from watching other people do it – which is how I became a decent sports columnist. Motherhood is so much about giving yourself over to the relationship, trusting your instincts, accepting your child for who he is. And accepting yourself for who YOU are. I was trying to do motherhood as if it were a paint-by-number project, and if I was really diligent and worked really hard, I’d end up with the picture I wanted.

Q: How was your husband Barry’s approach to child-rearing different from your own?

Thank god for Barry. He always saw what was great about Ryan – his huge heart, his sense of humor, his quirky interests in antiques and vintage cars. He let Ryan’s tantrums and horrible behavior slide off his back. And Barry is naturally very affectionate, unlike me, so he and Ryan were always cuddling and I was kind of the third wheel sometimes.

Q: Ryan was adopted. What were the circumstances of his birth?

It was an open adoption, meaning the birth parents chose us from a stack of letters from prospective parents. We were at the hospital when Ryan was born, but Barry and I really weren’t sure the birth mother would go through with the adoption. She is an only child who in the year before Ryan was born lost both her parents very suddenly. How would she give up her only flesh and blood? The most courageous act I have ever witnessed was, after helping me dress a 36-hour-old Ryan into the tiny yellow outfit I had packed in my suitcase, Ryan’s birth mother handed me her baby and told me she was happy he would have Barry and me as his parents. I still cry when I think about it.

Q: One thing that seems to sustain you throughout this trial—and also provides some much need levity to the narrative — is Ryan’s quirky sense of humor. What’s special about his outlook on life?

Ryan is like the world’s guest. We have traveled a lot with him, and he is at home in every culture, with every type of person. I’ve never seen anyone as color-blind and as nonjudgmental as he is. He is insatiably curious, and he is always asking workers how they do what they do, or why they do it this certain way. He love antiques mostly for their stories. He loves to hear the history of an object, how it was used and by whom. One of his most wonderful traits is his ability to laugh at himself. He knows he has a bad memory, for example, so he jokes that he is the best person to share a secret with because he’ll never remember it.

Q: As Ryan is going through his recovery, you often reflect on your brother, Bobby. What was Bobby’s story and why did it resurface in your memory during Ryan’s ordeal?

Bobby was a year older than I. He was born with significant learning disabilities and some physical disabilities. He was mercilessly teased every day of the school year. I’m sure was autistic or had Asperger’s Syndrome but was never diagnosed. He had no social skills whatsoever. I don’t think he ever had a real friend. I used to cry at night for him. So with Ryan’s challenges, I lived in fear that Ryan would have a life like Bobby’s. It took me years to realized that Ryan was nothing like Bobby. But I think my fear fueled so much of my anxiety and even anger about Ryan’s behavior.

Q: What point in his recovery has Ryan now reached?

He’s doing great. He’ll always have some memory deficits – though he did before the accident, too – and slower processing. He now has a seizure disorder and has to take meds the rest of his life. He – and we – have struggled with the aftermath of the brain injury: emotional explosions, anger, bad judgment. He totaled our car, after which his rehab doctor told us he should never have been driving in the first place. He no longer has a driver’s license but is taking driving lessons from a special therapist to earn it back. Right now, after a tough first half of the year, he’s happier than I have ever seen him. He is set to go to Mitchell College in New London, CT. I had planned to get an apartment back there so I could be close by in case something happened. But he had such a successful summer session there that it’s clear he’s ready to strike out on his own.

Q: What’s the best advice you could give any parent going through a similar ordeal to the one you faced?

Don’t look ahead. Deal with this hour, then deal with the next hour. Eventually you can deal with one day, then one week. Ask for help. Accept help. Take care of yourself. Get sleep. Eat reasonably. Don’t be a martyr. Your child needs you healthy and clear-thinking. Believe in your child. The doctors don’t know your child. They don’t know how strong he is. It’s the doctor’s job to worry about worst-case scenarios. It’s your job to believe in your child and to expect best-case scenarios, to surround your child with love and if can muster it, even joy. Ignore the doctors who tell you they want to “prepare you’’ for the worst. Prepare? Like I should get a jump on grieving just in case there is something down the road to grieve about? Listen, if something bad happens, there will be plenty of time to grieve. And don’t believe the doctors who say your child will never (pick one) walk, hold a job, live independently, go to college, etc. They don’t know. They can’t know. Nod your head politely and ignore them.