In the Cobwebs of My Mind: A recollection of surviving a brain aneurysm 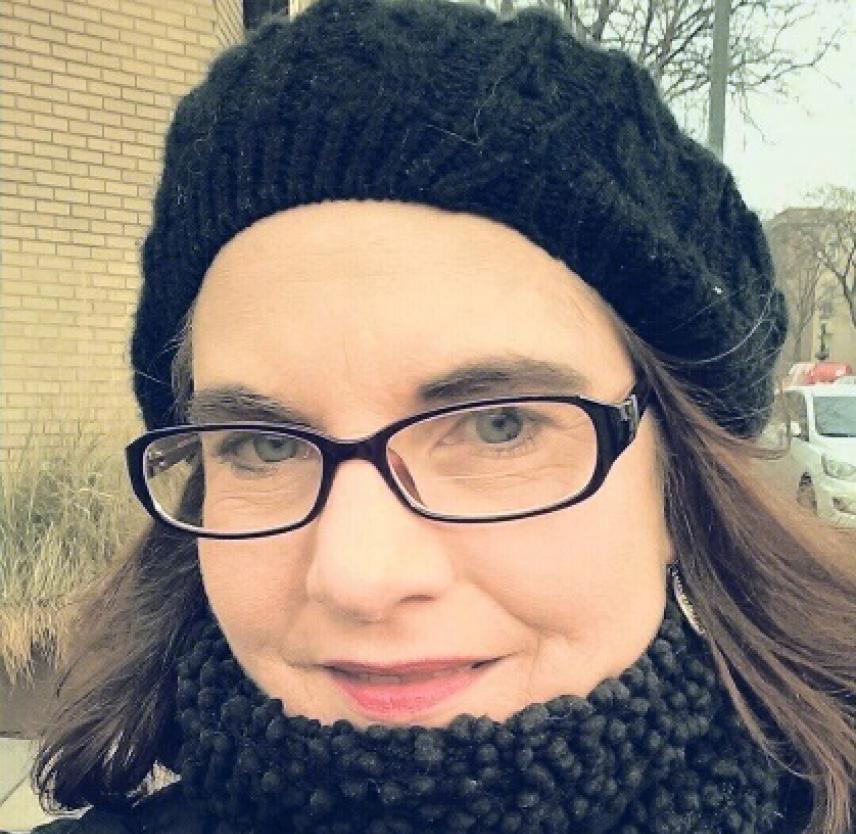 My body became a clock. Time pushed forward as a force moved me to get me to where I needed to go. I felt like a Derby horse with blinders, and all I could see was the ambulance that I imagined — a life source after it was called.

Everything lined up for me almost mathematically the night of September 20, 2017. This was the night I almost died. I was on a city bike in uptown Minneapolis, on my way home, when without warning I suffered from a subarachnoid ruptured brain aneurysm, a brain hemorrhage and stroke.

I heard a whooshing sound in my ears and realized it was coming from inside my head rather than externally. The wheels of the cars around me were turning in sync with the sound in my head. I went partially deaf and then I jumped off the bike. My vision was getting shaky and blurred.

What was to follow was paralyzing pain, a bomb of a headache in my head and neck. It was so unbearable I felt myself detach from it. I was outside my body. Knowing it was not possible to endure this pain, I became helpless and had no choice but to surrender, surrender to the unknown. I gave up control.

In this moment of surrender, a sense of calm came over me. A force was holding me. Aware that the clock was ticking all the while. I guess I was waiting to be rescued. I was lucky I was in front of a coffee shop in my neighborhood. I said to a guy on a cell phone, “Call me an ambulance.” At this point I was in shock but still able to function.

I handed off the city bike to someone and a woman sat with me. I heard the sirens and knew they were for me. Still in excruciating pain, I answered the questions the paramedics asked and they got me in the vehicle. I vomited twice in the ambulance. The next thing I remember was slowly passing out. I remember the sensation of being wheeled out of the ambulance, bouncing, and the rickety noise of the stretcher as I entered the hospital.

My medical records state that I arrived unresponsive and moaning. I also learned from my medical records I had a seizure and was repeating to the medical team that I was going blind. I have no recollection of these last details. I was intubated. Two-part surgery. Coiling the ruptured aneurysm by going up into the brain through the main artery in the groin. And a ventriculostomy. Drilling and cutting open a hole in my skull. They inserted a tube or drain to take the pressure off the brain. My blood mixed with my cerebral spinal fluid hung in a bag on my hospital pole…I was attached to it.

I was in the ICU for two weeks.

My angels and the living dead sat, walked and wandered in a circular motion as they repeatedly passed by my bed with out-stretched arms, almost like they were tempting me or inviting me. They each gave me several chances to leave. I continued to watch them. I never felt that I was to join them. They were good company. This was the welcoming committee. They wanted me to know they were there.

Persistent in their motion and very ghost-like, all of them wore hospital gowns like the one I had on. Their faces were all dark and shadowed, without eyes or features. I was trying to figure out who they were. The one who was always sitting had a silhouette of a huge Bee hive hairdo like the one my grandmother wore for years. She was always in the chair next to me and outstretched her arms from time to time.

I somehow made connections as I traveled in two worlds. I knew they were the living dead and my angels. I stretched in my mind to guess who the others might be. Some were dead relatives and some were angelic. I would wake up or some nurse would wake me and my dead relatives and angels would phase out. I had a sense that they were always near, never far away.

“In that nanosecond of enlightenment I knew that the human spirit survives the death of the physical body and I understood that my wandering soul needed to get back into its earthly habitat.”
— Janet Bettag

Megan Bacigalupo is passionate about the ethical treatment of animals. She is an intuitive, and a sensitive which makes her empathetic by nature. She considers herself a spiritual eclectic and a seeker. She has worked for many years providing excellent customer service in the restaurant business. She has a degree in Human Services. She has been a contributing writer on and off since 2012, for the Edge Magazine.

You can read Megan’s Survival story here. You can also visit her Facebook page.  You can contact her at bachlupe@yahoo.com or meganbacigalupo@gmail.com

Megan has been journaling and writing since childhood.

I am a survivor of a Brain Aneurysm from December 2013. Enjoyed your perspective. Thank you!