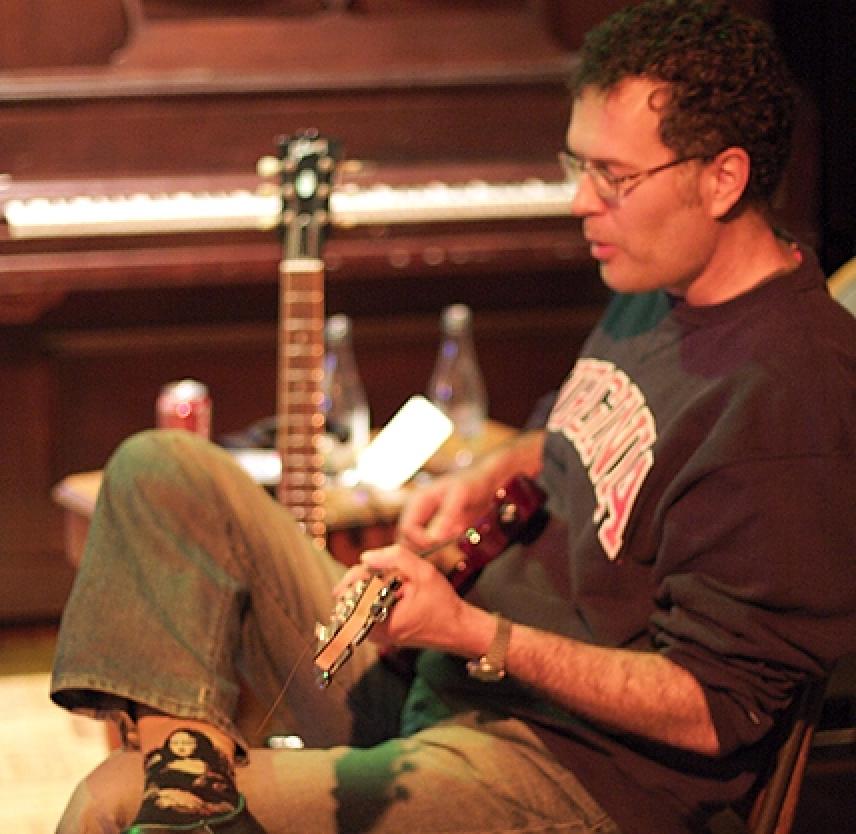 Related Content:
Releasing a CD of Original Client Music to the Public as an Aspect of Brain Injury Treatment

Did my brain injury make me a better songwriter?

You’ve heard this story before: someone gets bonked on the head and wakes up profoundly changed. For me, the change had to do with songwriting. Here’s how it all went down.

Sometime after midnight, in early 2006, I fell and suffered a traumatic brain injury. Though I fancied myself a frustrated rock musician, there was nothing rock-n-roll about the fall: I wasn’t drunk or trashing a hotel room. I simply passed out in the bathroom. When I regained consciousness, I started throwing up and was convinced I had food poisoning. But my girlfriend at the time (whom I’ve since married!) asked me a few questions, and because my answers made less sense than usual, she called 911.

The docs never figured out why I fainted. But during my six-day hospital stay, I learned that I had fractured my skull in two places an that a small bone fragment had poked its way into the left side of my cerebellum. Doctors described the injury as a subdural hematoma, which is a fancy way of saying “blood on the brain.” This was very bad news, because blood is toxic to the brain. The very stuff so essential to live also kills brain cells.

As I got better, I noticed those missing brain cells in a big way. I had nausea, trouble walking, and constant migraines. After a few months of recovery I felt well enough to pick up my guitar again, and when I did, I was struck by how good it felt.

Then came the songs.

Now, my fall did not precipitate a love of songwriting, which began when I was a teen. But through the years, the process was hard. I was not prolific.

After my brain injury, I wrote well over 30 songs in less than 12 months. What was going on inside my head? Here’s my theory.

When I clobbered my cerebellum, I believe that I altered the way it functions and communicates with other parts of the brain. Why should this matter?

According to the book This Is Your Brain on Music, by neuroscientist Daniel Levitin, Ph.D., the “lower” brain digs music in a big way. It distinguishes consonance and dissonance before the cortex weighs in, and its largest clump, the cerebellum, “is involved closely with timing.” This is crucial to music. The cerebellum is also closely connected to the parts of the brain responsible for emotion — namely the amygdale, which remembers emotional events, and the frontal lobe, which is involved in planning and impulse control. When a piece of bone poked its way into my brain, it breached my command center for timing, emotion, harmony, planning, and impulse control (think controlled rage for punk rock).

Neuroscientist Jill Bolte Taylor’s recent book, My Stroke of Insight, recounts her experience during and after a stroke, which took place on the rational left side of the brain. As a result, Taylor says, she became more reliant on her creative and intuitive right brain. My own injury was on the left side, which might mean that my “get-your-freak-on” right side has been better able to assert itself of late.

Unfortunately, and despite cool machines (such as fMRI gizmos), the brain remains a mystery wrapped in an enigma wrapped in a skull. I may never know exactly how my fall changed my gray matter. But the evidence for some sort of dramatic rewiring is strong: over 30 new songs and counting.

For me, these 30 songs are proof enough to answer the question in my title with a resounding Yes.

Jeff Shattuck is a former adman who suffered a brain injury in 2006 and woke up wanting to do nothing but write songs. You can follow his recovery progress and songwriting efforts at cerebellumblues.com. Used by permission.

Reprinted with permission from Neurology Now, an official publication of the American Academy of Neurology. Neurology Now is available free to patients, their caregivers, and their families through neurologists' offices and by request. For your free subscription, go to www.neurologynow.com.