Let Your Fingers Do the Healing 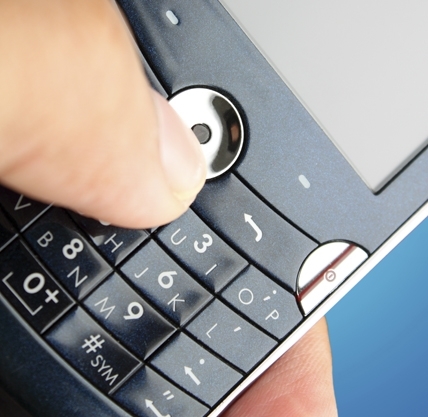 A new military telehealth application —mCare — is poised to help wounded active duty, Reserve, and Guard get the daily help they need to recover.

Presidents, kings, and dignitaries have a personal doctor who travels with them, who is on call — solely for them — 24/7. Most people do not have such a luxury, but the United States Army Medical Research and Material Command and its subordinate the Telemedicine and Advanced Technology Research Center are developing a new mobile phone application to offer wounded Army active duty, Reserve, and National Guard daily help to recover. The app is called mCare — a secure, bi-directional mobile messaging system for wounded warriors. In a nutshell, the mCare platform is a way to help wounded warriors keep in touch with their case manager and medical team through secured messaging using their personal mobile phones.

Although still in its pilot stage, the mCare platform, when launched, will be accessible throughout the United States Army and will include wounded warriors assigned to Warrior in Transition Units who want to download the mCare application to their mobile phones or smartphone.

What exactly does the mCare app do?

Currently, in its pilot stage, mCare sends daily messages to Army Reservists and National Guard members recuperating at home. The messages are sent directly to the wounded warriors’ mobile phones from a secure central website where healthcare providers can enter and control the messages as well as monitor acknowledgement and delivery confirmations.

“It prevents you from feeling alone; it just tells me I’m in contact. This is a hard process and I know that I have issues that won’t ever get fully resolved. But mCare is just comforting. When the messages pop-up, you know someone’s there.” (From survey)

The system is set up while the soldiers are at their Community Based Warrior Transition Unit (CBWTU) for a week before returning to their homes. During that week, they meet with their medical team — doctor, social worker, nurse, and case manager — for evaluations, diagnoses, and then the creation of an individually tailored regimen of care. Once they return home, their care is tracked through the mCare app, a secure, HIPPA-compliant system.

Each soldier is given a pin number and cannot access the program on his phone until he logs in. If he loses his phone, the healthcare providers can uninstall the program remotely.

“[I like] the convenience of it. I always have my phone with me so I always have access to the information that mCare offers.”(From survey)

Among others, mCare app messages include:

As of June 2011, more than 96,681 messages were sent through mCare. The pilot studies have also shown that appointment attendance increased significantly with use of the mCare app and more than one-third of the soldiers read the health and wellness tips. Regarding soldiers who reported that using the mCare app improved their CBWTU experience and improved communication with their unit, 72 percent scored it six or above on a scale of one to 10.

“When I did use the appointment reminder, it was great for me because my TBI makes me forget things. MCare was very helpful in this area.”(From survey)

Not just for Millenials and Gen X

The mCare app was developed to be used on soldiers’ own mobile phones — the feature phone or smart phones they already used and felt comfortable with. It was designed to be easy to install, remove, and use while at the same time providing value and incentive so that soldiers want to use it regularly. The mCare interface requires one or few clicks to respond and communicate rather than relying on people to have seasoned texting skills.

Surprisingly, the pilot study results show that soldiers of all ages are using the app, not just those in the younger age brackets of 18-35 (Millenials) and 35-46 (Gen X). And consistency of use continues to increase in all user groups.

“I will never forget an appointment when I use mCare, because the appointment is listed there for reference.” (From survey)

Initially, healthcare providers involved in the pilot studies were concerned that this back and forth of messages would be overwhelming, time-wise. As it turns out, more than 85 percent of care providers say that they would recommend the app to other providers because it helps them monitor their patients’ progress.

By monitoring the soldiers’ progress through the various messages, the web interface creates a sort of ongoing snapshot. If, for example, a case manager notices that a soldier is failing to show up at regular rehab appointments or is getting increasingly depressed, he can send that soldier’s doctors and Platoon Sergeant a “red alert” for more direct intervention.

Soldiers are also required to check in daily with their Platoon Sergeant and weekly with their case manager. The main goal of this telehealth application is to make sure no one falls through the cracks and that care is constant and consistent.

If the studies and surveys for mCare continue on the upswing, the creators of the mCare app hope to make the system available to all arms of the military — active duty, Reserve, National Guard, and veterans. And it makes sense to envision the system as the ultimate bridge for service members transitioning out of service to the Veterans Administration.

“mCare has helped me keep my appointments. It has kept me connected to my unit. I have used the contacts. It has made my life much easier. It is a confidence builder.” (From survey)