What Stephen Hawking Taught Us About Living with Disability 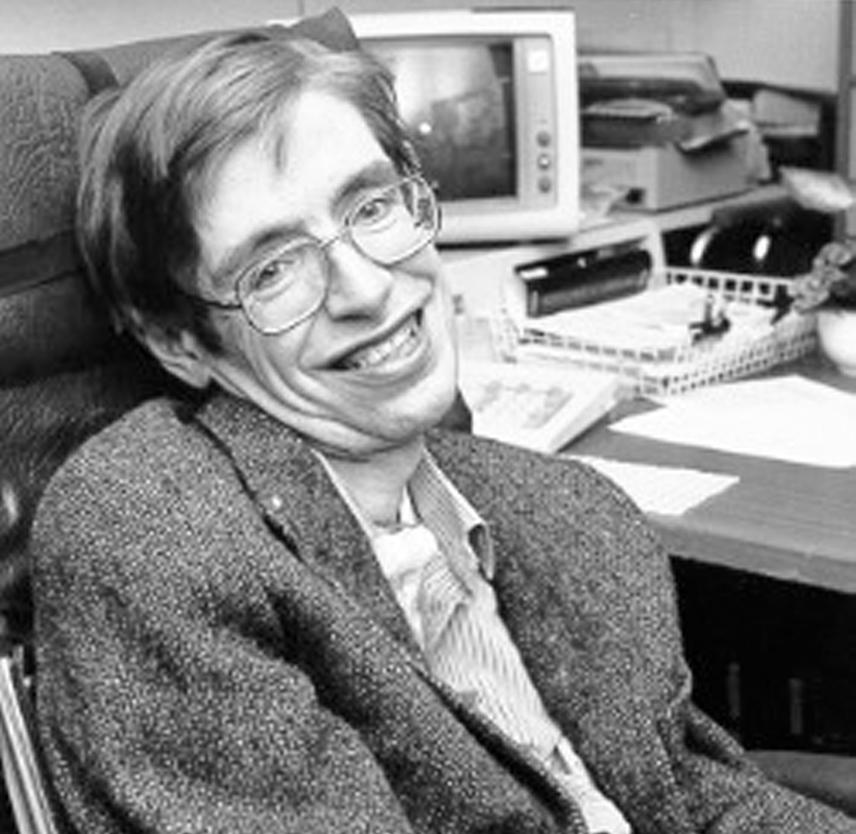 Stephen Hawking, a world-renowned scientist who recently passed away, had a brilliant mind that was trapped inside a paralyzed body, and I could not stop thinking about how the opposite is often the case with traumatic brain injury. After many TBIs, the body looks healthy but the invisible wounds of the brain misfire on multiple levels causing any number of deficits.

Folded into his wheelchair, unable to speak without the use of a synthesizer, Hawking lived a full 76-year-long life. Since his young university days, he struggled with ALS, an incurable condition, and yet he married twice, fathered three children, published books, and worked well into old age. How did he do this? Some say it was determination.

Thinking back to the weeks and months right after my husband’s TBI, I was most horrified that it seemed Hugh had lost his determination. His brain, swollen and injured, changed him in ways I wasn’t prepared to accept. He was flat, tired, and unmotivated—a complete stranger. Several months passed before Hugh would regain his ability to initiate activity, and once he did, his determination kicked in.

Hawking studied black holes in space. Metaphorically, TBI and ALS can be thought of as black holes – “a region of space having a gravitational field so intense that no matter or radiation can escape.” After a TBI or life-ending diagnosis, we often feel pulled into a dark place without an exit.

On this BrainLine site, we hear from survivors, caregivers, neuropsychologists, therapists, and military service members trying to sort out the complications and emotional turmoil that traumatic brain injury dumps on unsuspecting families, and I could not help but feel dazzled and amazed at the obstacles that Stephen Hawking overcame because of the ingenuity of his brain—a brain that supplied him with immense intelligence, insight, problem-solving skills, imagination, and creative ways to view his situation and choose how to cope with it.

No one’s perfect, so I’m sure he had his down days watching other bodies move with speed and agility, watching his children play or his wife walk, cook, or reach out her arms to hug him. I’m sure he sometimes felt as if his body had been taken hostage from him in the same way that many caregivers see their loved ones held hostage by a brain that cannot focus, analyze, make wise choices, or hold memories.

But he persevered by using the remaining gifts he possessed.

One distinction between TBI and ALS, is that the person with TBI usually begins to recover after the injury to the brain if he or she receives treatment and rehabilitation, but a person with ALS slowly declines. In this way, the conditions differ. Time is TBI’s friend, but time is the enemy in a progressive disease like ALS. And if there’s any bright side to TBI, this might be it.

So what did Stephen Hawking teach us?

He lived, laughed, and loved. He shaped a remarkable life. He remained involved with his work and the people in his life even as his condition crippled him more each year. He struggled, had relationship problems, and he claimed what he wanted for himself. He lived with rare candor and genuine affection for people and the natural world. He didn’t worry about what others said about him or what he looked like; he accepted himself.

Stephen Hawking’s name is synonymous with genius, and yet he was not beloved for his work only. He is admired for his ability to rise above his circumstances, to dream big, and participate no matter how difficult it might be to get around in his wheelchair or express himself verbally. He also used humor to his advantage. It’s rumored that he rolled over the toes of those he disliked—including Prince Charles—and not by accident.

In an interview with the NY Times in May 2011, he said, “My advice to other disabled people would be, concentrate on things your disability doesn't prevent you doing well, and don't regret the things it interferes with. Don't be disabled in spirit, as well as physically.&rdquo

When we feel sad or alone, damaged or angry, maybe Stephen Hawking is someone to remember. Picture him “flying like Superman” without his wheelchair, weightless and laughing as NASA let him experience zero gravity. Think of him appearing on a Big Bang Theory episode poking fun at others and himself. Think of him sitting in his chair contemplating the universe instead of focusing on his inability to move.

The daily acts of living are not only made up of grooming, dressing, eating, and toileting as we seem to discover in rehab—they are made up of our connections to each other, our words, our attitude, our intimacy with the world around us.

How can you see your situation differently?

What are you grateful for right now?
How can you begin to use what you can do to accomplish a goal?
What will you do to add joy to your life, to lift up others?

I know Stephen Hawking has inspired me to push my cares aside and try harder to be fully alive. I hope he’s leaping from star to star through the universe he tried so hard to understand and explain to the rest of us.

In a final metaphorical twist, his research revealed that black holes weren’t entirely black, but emitted a glow.

Now there’s a place to start.

What a gifted writer ❤️ Thank you for this.

This article- amazing! Hit home with me. Thank you. Sharing.

Great read, Rosemary! I like how you bridged the differences between ALS and TBI without marginalizing either. Both have losses and hurdles that can be overcome. Determination is an absolute value.

Thanks, Mike... I see your outlook and capability in the same way I see Hawking. You are so good at using your gifts. Thank you for that.