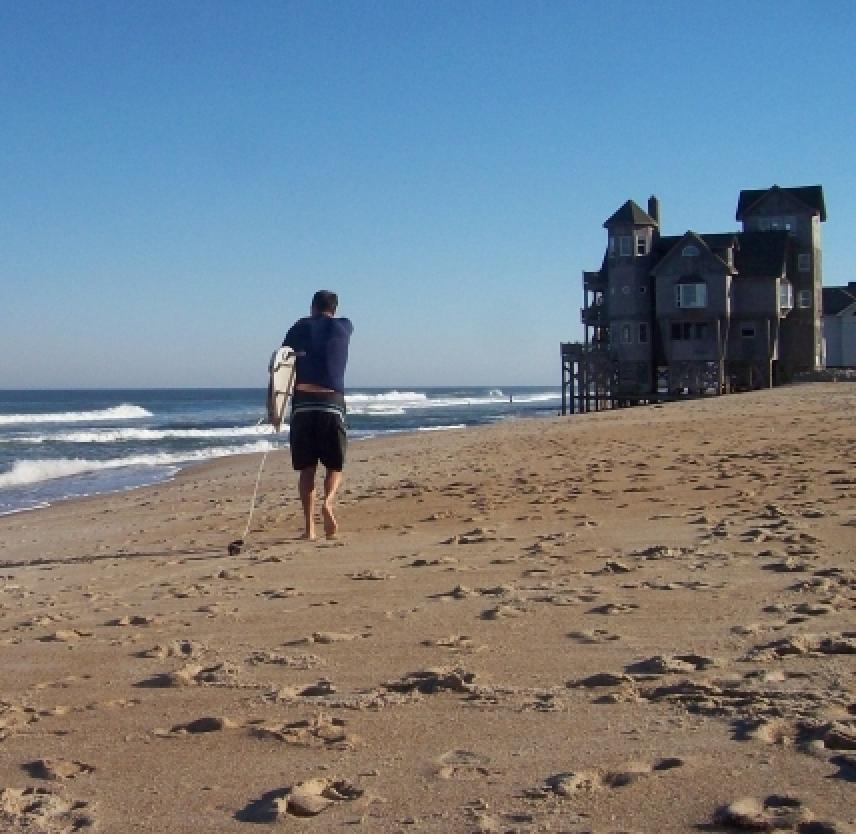 I’m a firm believer that the better a person recovers after TBI, the better the whole family recovers. But due to insurance limits and money constraints, many people are released from rehabilitation programs while there is still progress to be made.

When Hugh was released from physical therapy, he could walk a straight line, run a bit on the treadmill, and he had regained significant balance and coordination, but he was still a long way from what he called “normal” for himself. He could not ride a bike on the road because his balance was off, he tired easily, and his strength and endurance were far less than he had achieved before his TBI.

So, after he was released, here’s what we did:

Likewise, when Hugh was released from speech/cognitive therapy, his memory, executive function, and attention had drastically improved, but we both felt that continuing cognitive exercises at home would benefit him.

All of us — caregivers and people with brain injury — can improve our physical, mental, cognitive, and emotional abilities with the simplest of tools. The key is to take one day at a time, stick with it, and celebrate each pebble of progress — and before you know it, you’ll be standing on a mountaintop of achievement.

Thank you for your comments, all. Kerry, motivation was a huge problem for Hugh in the beginning until he picked one thing (getting back into the ocean) that he really wanted to accomplish, and he used that goal as his motivation to push on. He had a mantra, \"If it\'s to be, it\'s up to me,\" and that drove him. He also made a sort of contract with himself to just do it. It was very hard. He was exhausted a lot of the time. I wish you the very best. Keep striving!
This is the first day of my days since my husband's TBI a year ago, that I feel like I am NOT alone. Thank you Rosemary for validating the many, MANY emotions I have felt and do still feel. My husband has thankfully returned to driving and to working full time - but he is not who he used to be -that ambiguous loss is so evident to me the most. I feel like I am at my lowest point yet, in this journey so far, and you have helped to provide me with a glimmer of hope just by seeing I am not alone in this. I stumbled across your blog and I can see now that it was not by accident. I have just finished reading all of your entries and I look forward to reading your book. Thank you. Mary
I am a severe TBI survivor (August, 1997) and agree with what you wrote. My biggest issue is being motivated sometimes. It takes total self discipline to make it a consistent habit and that can be tough some days for me....any suggestions? Thanks...Kerry
some great news is CRS (comprehensive rehab services) which a BI survivor might rehab to good function levels this is exciting. I have worked with many BI survivors where they are trying to get better. This is a common thread for a BI survivor to get better. I know CRS is expensive not everyone has the opportunity but WOW people really get helped.
My experience with my mother has been definitely based on working the limbs even when she can't. I was raising her arm and opening and closing her hand even when there was no function. After only a week the brain started firing the messages and she is showing remarkable progress with function returning. Having her hold the spoon and guiding it to her mouth has resulted in her feeding herself after one week. Singing familiar songs that she knows the words to has resulted in clearer and louder speech. Also, having her remember the arm and hand that were sleeping has increased her desire to get them moving. We make jokes like "love that hand, tell your hand you miss it and your waiting for it to wake up". Also, really making her try to do things herself has been instrumental in regaining function. Remember, the brain is glorious and can learn to do things in new ways; we just need to guide it to that place. All the best.
:)
I also have had a severe TBI and gained a lot through PT and exercise. Unfortunately, many, many people in the same boat do not have the financial stability to afford personal training. The Health Insurance agencies need to start understanding that many of our problems are lifelong, yes, we can improve bit by bit, but I still need balance training, still have problems with small motor skills, and because of Executive Function problems, problems on many other levels. I look fine, if you met me, you would not notice any of my difficulties. I have felt abandoned by health care and insurance providers. My husband has very good insurance and a good job, but even we cannot afford the help I actually could benefit from.
This is great! very similar to my recovery progression
I loved your words of encouragement! My boyfriend has TBI as of July 31st. We have been waiting for SSI to kick in and he has been sent to a nursing home because we cant care for him at this time and NO insurance! His balance is horrible I feed him and his words are soo slurred! I cannot wait to be able to put him in rehab and have him come home! His memory is there and he knows what is going on but we all feel helpless!!! Any advice would be helpful! Thank you!
Thank you so much for sharing your story!! To me this is total inspiration as been a social service worker working throughout the various populations in need, I too am working through the challenges that I face with TBI, and looking forward at some point of getting back in my field and work force!!
It is true. Whether by a therapist or on your own, a family member needs to take charge of the progress. Don't quit just because they do. My son is rock climbing and horseback riding. We are going to take the reigns on his stalled speech next. Just find what you or your loved one loves a use it to it's fullest effect.