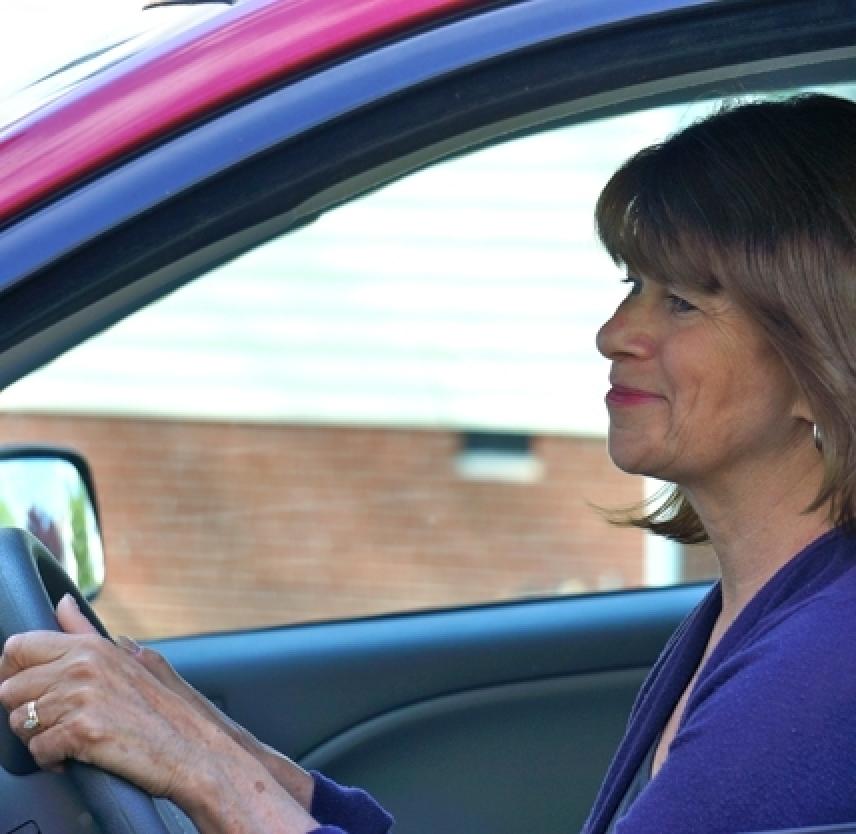 Okay, so driving is not really a caregiving topic. Or is it?

In addition to all of the physical and cognitive issues that Hugh dealt with after his TBI, he lost his license for over eighteen months. Actually, he earned his license back after 10 months, and then lost it again when he had his first seizure, which is not an uncommon occurrence after brain injury. Our daughters were fourteen years old and both had a full schedule of classes, dance lessons, after-school activities, and social events.

Driving a family of four every place each person needed and wanted to be felt like half the day spent on the road with the other half spent waiting for doctors, therapists, lab reports, and pharmacists ... for school bells to ring and dance classes to end. I became so accustomed to being prepared to wait in or out of the car that I always carried a canvas bag bulging with reading glasses, notepads, magazines, books, water, and chocolate! Never mind that there were places I wanted to go. I shuffled and reorganized my job and errands and simply stopped doing a lot of the things I once did.

The four of us had to go so many places — and I had to get us there — that fun destinations became a chore for me. I did not want to get in the car. I remember clenching my jaw as I marched to the car when appointments were tight. It makes me sad to think about the number of times my kids asked me if we could go somewhere fun — to a movie, an event, or party, and I said, “Maybe.” They knew that answer meant “No.”

Immediately following Hugh’s injury, there were plenty of offers from people to drive the girls to school or dance, or to help with other errands. But these offers naturally dropped off as the weeks and months went by.

And there’s the other side of the story: the driver holds the keys, and thus, the power to determine who gets to go and when. This is a power I never wanted and often despised. I was forced to make difficult choices to get someone someplace while deciding that something another family member wanted to do just didn’t work out. I was the bearer of bad news. “We can’t do that today. It’s not happening.”

What can be done to help the caregiver who’s literally in overdrive? There are the obvious fixes, like asking relatives or friends for help, but that is not a long-term solution. Carpooling can work if your driving destinations are set in stone and other people share them. But short of that, I think it’s mostly grin and bear it, and stuff your bag with chocolate.

If you have a creative solution to this problem, please share it below.