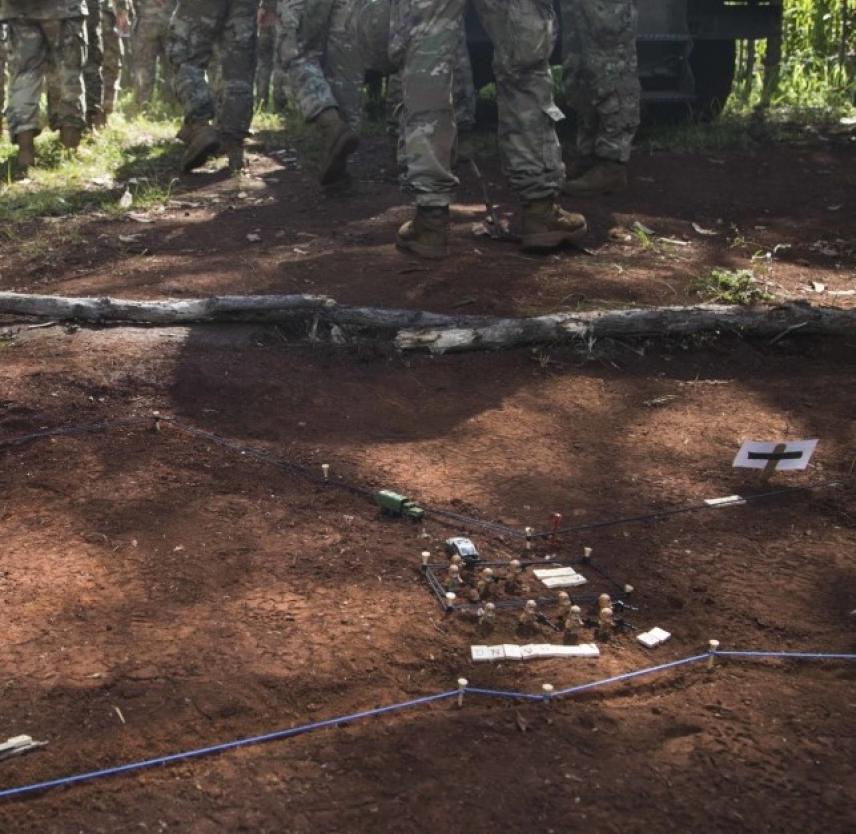 One of the things that I often hear from my veteran clients is the phrase, “hope for the best, plan for the worst.” Eventually, the “hope” part fades away, and they get into the habit of planning for the worst. Then they simply expect the worse to happen, especially as it has happened frequently in the past.

This is a concept called negativity bias, in which there is a natural bias to give greater meaning to negative things in our lives than we give to positive things. This is not something that is exclusive to those who served in the military, of course. Identifying negative and dangerous things in our environment is a survival mechanism. In the lecture series, The Science of Mindfulness, Ronal Siegel describes it in this way: if we were hiding in a bush and see something tan out of the corner of our eye, we might think that it’s a rock or we might think it’s a lion. Our inherent preservation instincts make us think that it’s a lion; if we think it’s a lion and it turns out to be a rock, not a problem. But if we think it’s a rock and it turns out to be a lion, big problem.

This is the Worst Case Scenario Paradox:

Service members and veterans often have cause to be optimistic that their skills can help them overcome many obstacles, but are often focused on the worst possible outcomes of many situations

The challenge with the worst-case scenario paradox is that it works well in high-stakes, dangerous situations, but does not always apply to other areas of our lives, especially post-military. Learning how to overcome negativity bias can lead to much more satisfaction in post-military life.

Service members and veterans often have cause to be optimistic…

The skills, knowledge, and abilities developed in the military are often enough to overcome nearly any obstacle that someone will face in their lives. A core set of values, discipline and endurance, problem-solving, and crisis negational skills…all of these are extremely valuable in uncertain scenarios. The ability to overcome stressful situations has led to very resilient and adaptive individuals. This can be a cause for optimism when handling uncertain situations; the military trains for uncertain situations with some predictable aspects.

The military trains individuals and groups to do a lot with few resources, to overcome their own uncertainty by relying on others, and how to make use of what you have to get the job done. From the minute that someone sets foot in basic training, the word “can’t” is off-limits…you don’t know if you can or you can’t until you try. Often, when you try, you find out that you can. The military is great at putting you in situations that seem beyond your capacity and then preparing you to fill the gap between your perceived capacity and what you can actually do. This is cause for optimism, not pessimism…the potential that, through my best efforts and the efforts of those around me, things will turn out all right.

Unfortunately, the thought, “things are going to turn out okay” is not a common go-to for many service members and veterans, in my experience. The military trains us to expect the worse that could happen. And it’s appropriate; the military is an inherently dangerous occupation, whether training or conducting operations. There are a million things that can go wrong and do some serious damage to personnel or equipment, and we have to be prepared for every contingency. It’s even more so in combat operations; as part of the planning for a patrol or convoy, leaders have to consider the enemy’s most likely course of action and their most dangerous course of action and prepare for both. That’s why we have three rocket launchers and dozens of cans of ammo stashed in the back of the vehicle.

What we say to ourselves, how we describe things to ourselves, matters a great deal. Even the words we use to explain situations to ourselves go a long way towards how we will behave. Henry Ford famously said, “whether you think you can, or think you can’t, you’re right.” Confidence is key when you are navigating a relationship or negotiating a new job opportunity; confidence is weakened by the belief that it is not going to turn out well anyway. This can often lead to learned helplessness and a sense of “why bother?”

The key to overcoming negativity bias is to recognize that you are engaging in it. Awareness can come from how you’re feeling, your moods, and emotions. It can also come from your thoughts and behaviors, what you’re thinking or doing. Learning how to recognize when you are engaging in self-defeating thoughts or actions, or taking value away from positive things that happen, can be a good first step in overcoming the tendency to prepare for the worst possible scenario.

The thing about the worst possible scenario: it rarely comes to pass. It’s as if we walk around for a month carrying an umbrella on the off chance that it might rain; then, forty-five days later, when it does rain, your preparedness pays off. But what about the forty-five days that it didn’t rain and you were lugging around the umbrella? It is necessary to be prepared for all outcomes, but not necessary to be prepared for the worst outcome all the time, every time. Learning how to acknowledge that positive outcomes are also possible, and preparing for all possible outcomes instead of just the worst possible outcome, can reduce a lot of stress in post-military life.