An Open Letter to America, From One of Your Veterans 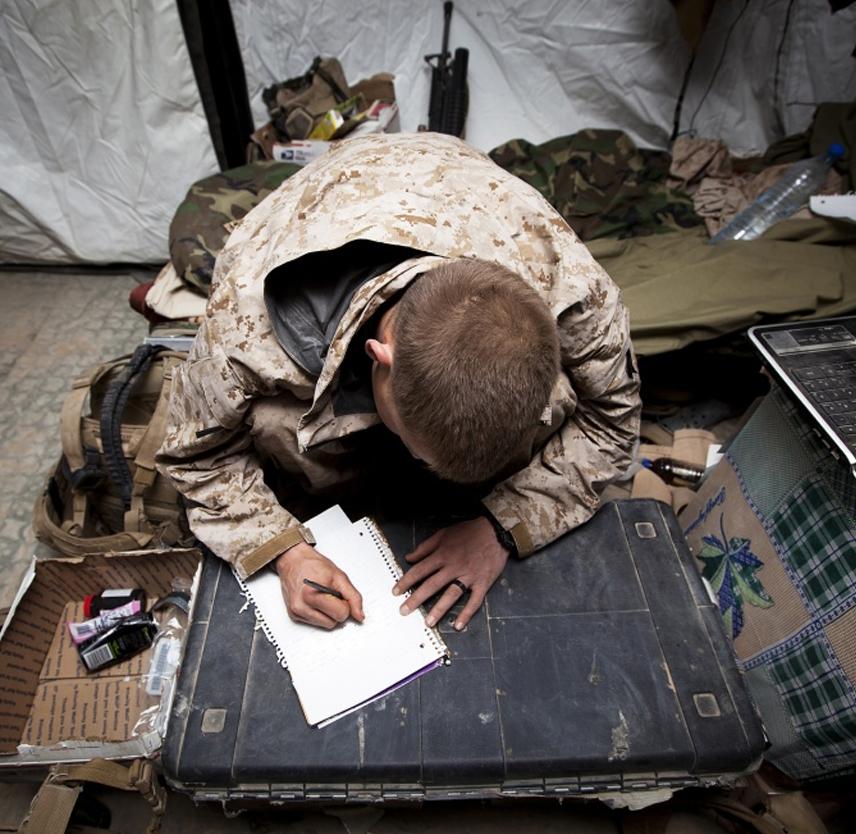 Just wanted to take a few minutes to say thanks and get a few things off my chest. Life’s been a little challenging for us veterans, maybe more than we expected.

When I joined your Armed Forces, I looked around and saw a cross-section of your citizens that I never knew existed before. The brothers and sisters that I saw while I was in came from every state, every ethnicity, every religion. I saw a Caucasian from California become best friends with an African-American from Mississippi. I didn’t think much of it at the time, but looking back on it, that was kind of amazing, you know? See, when we banded together for a common goal, where a person was from, what they liked or didn’t like, it didn’t seem to matter as much as whether or not that person could get things done. Sometimes I wonder, why can’t the rest of your communities be like that?

My reasons for joining your military were as widely different from those of my fellow service members as where we came from. To be honest, life wasn’t always so hot growing up, and maybe joining the service was simultaneously my only choice to make and the best thing that happened to me. I saw brothers and sisters who joined to pay for college, and then never ended up going to college. My fellow veterans joined because they loved you, because they wanted to get out of where they were at, because they came from a military family. Once we joined, though, we learned the values of our particular branch of service, and pretty much came to have them as our own: Loyalty. Integrity. Selfless Service. Let me tell you, once you start to believe in stuff like that, it’s really hard to un-believe it, and when you do, it leaves you in a pretty cold place. It’s hard to come back to civilian life and not see those things in the people around me who never served.

I grew up watching how veterans from my parent’s generation were treated, and how veterans from my grandparent’s generation were treated. I thank them for their service and sacrifice, but why was it so different for each of them? Things change, I get it, but come on! To have veterans of WWII revered, Korean War veterans forgotten, Vietnam veterans reviled, and Gulf War veterans forgotten again…really? They joined your military, just like I did. Are we going to keep the cycle going? How will your people see me and my brothers and sisters in fifty years? If how I see things going now is any indication, it’s probably going to be a mix of all of them!

Do you know why I love you so much? Because I saw firsthand what it was like to live in a place that was NOT you. Some of it looked like it really sucked, to put it mildly, and I couldn’t wait to get back to you. They say that you don’t really appreciate something until you don’t have it anymore, and that’s certainly true; your military sent me to places that really opened my eyes on that point. There were some really great places, and I thank you for sending me to them; there were also some really crappy places, and it’s harder for me to thank you for sending me there. What I do thank you for is sending me to those crappy places with my brothers and sisters…that made it a whole heck of a lot easier.

Your leaders sent me to combat, but I don’t really hold that against them. I know what I signed up for, and if I didn’t, I figured it out pretty quick. It didn’t much matter which political party was in charge, I seemed to get sent to someplace where someone shot at me, so who was in the White House didn’t bother me all that much. It’s not that I’m not interested in politics…I kind of really am, to tell you the truth, because my job was very much an extreme extension of politics…but who my Senator was seemed to matter a whole heck of a lot less than who my Battle Buddy was. I was somewhat more concerned about who was playing in the World Series or the National Championship than which laws were being passed in Congress. I know I can’t speak for all of my brothers and sisters, but it seemed like there were a lot more important things that were going on, and sometimes I just needed a break. That being said, though, I would appreciate some assistance on that front, even if it is making sure that things are in place so I can receive what I was promised when I joined your military.

So I guess the reason I’m writing this letter to you, America, is to kind of let you know where I’m coming from, and to ask for a few favors.

Just give me a shot at the American Dream. I don’t want the nice house, good job, peaceful life served up to me on a platter. I wouldn’t feel like I’ve earned it if you just give it to me, and I’m used to working for what I get. I don’t want a handout, but I also don’t want to be left out in the cold…literally. While I love your cities and towns, I don’t love them so much that I want to live on their streets all the time. While I love the idea of justice and fairness, sometimes it’s hard for me to readjust from how I had to think when I was overseas to how I know I need to think here at home, and experiencing fairness and justice from behind bars just adds more challenges on top of what I’m already having. To be honest, I didn’t really brush up on my interview skills, or resume writing, because I was kind of too busy doing the other stuff you needed me to do. So all I’m asking for is a little bit of consideration.

Don’t let my fellow citizens treat me like a scared rabbit or wounded bird, or worse, like a rabid animal that everyone needs to run away from. Being coddled or marginalized would irritate the crap out of anybody, but it burns me up particularly. My experiences don’t define me, and the Purple Hearts, TBI, and mental health diagnoses of my brothers and sisters don’t define them. I want to survive, and thrive, in spite of what I did and what happened to me, not because of what I did and what happened. I really do need help sometimes, real concrete help in the form of medical services and mental health services, not in the form of another fishing license or commemorative license plate. But just because I need help sometimes, and it’s hard to ask for that help, doesn’t mean that I am a crazy combat vet or system-dependent leech on the taxpayer’s dime. It means some of the stuff that happened screwed me up, and I might need some help getting unscrewed up.

So thanks, America, for taking the time to hear me out. I love you, and wouldn’t want to be from anywhere else. I’d just like the opportunity to have my life and my family’s life be just a little bit easier than it was in the past, and if there’s any way you could help make that happen, I’d certainly appreciate it.

Yours truly,
A Veteran

Thank you for your honesty. I'm sharing this important message about the gaps between those who serve and those who know very little about serving and the hardships and misunderstandings that result from this gap. Sending you my gratitude and hope for a better future.