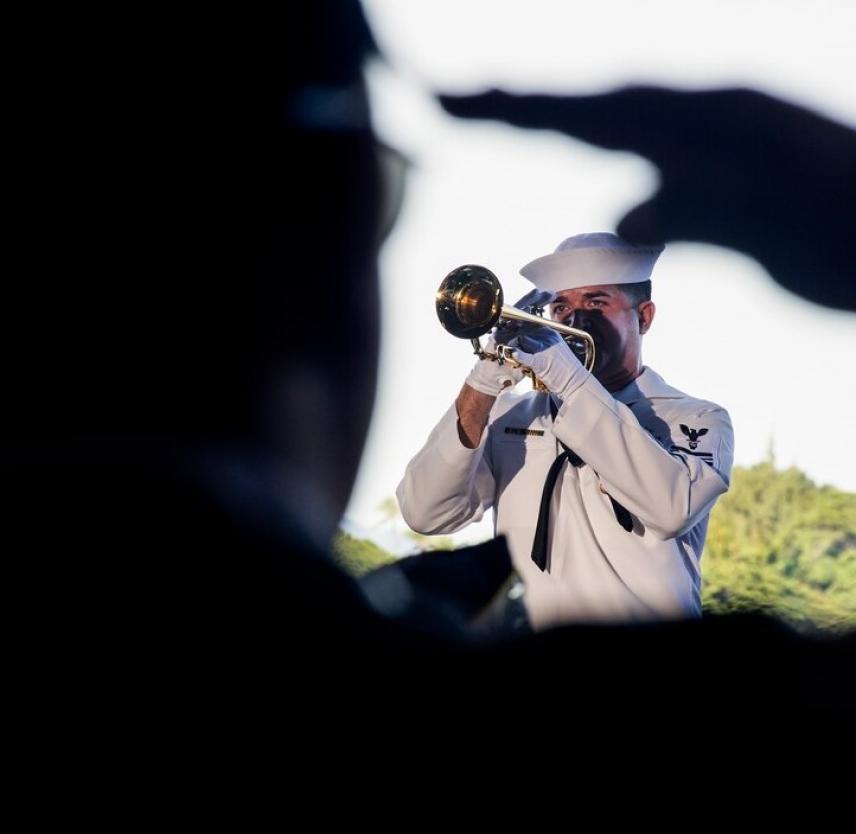 Serving in the military is a conscious choice. This is especially true in the all-volunteer era. The reasons for those choices may vary…the days of the judge telling someone, “go to war or go to jail” are long gone… but service members still decide to join the military for a wide variety of reasons. In my experience, the vast majority of those who served did so with honor and pride. Regardless of how long we served, we look back on our time in the service with many complicated thoughts and feelings. Somewhere in there is pride and satisfaction.

At the same time, those who served recognize that they are the latest in a long line of people who have served. We recognize that we are very small cogs in a giant machine. This machine is one that has been running for centuries before us and will continue to do so once we’re gone. When we place ourselves in that long line, it puts our contribution into perspective. Another part of those complicated thoughts and feelings is humility.

For many veterans, this causes the Modesty Paradox:

Recognize That We Served…

The pride side of the Modesty Paradox, “veterans want to be recognized and appreciated for their service” is not an arrogant pride. Veterans don’t say this because they think that their service made them better than others. It’s pride in a job well done, more of a sense of satisfaction rather than one of superiority. Once someone joins the military, their leaders tell them from day one that they are part of a centuries-long legacy. That the work that they do is vital. That people will be safe because of us. We are literally defending our way of life against those who wish to destroy it.

Related to that pride is an offense when others dismiss or diminish that service. It’s natural for someone to take offense when another person diminishes or dismisses sacrifice or hardship. It goes from “your service didn’t matter” to “you don’t matter.” As being in the military is a significant part of a service member or veteran’s identity, insulting that service is insulting the person. They’re one and the same.

…But Don’t Thank Us For Our Service

The humility side of the Modesty Paradox, “veterans are embarrassed or bothered when thanked for their service” relates to the recognition that service members and veterans are a small part of a very big operation. Veterans don’t want to be seen as heroes or as something special…they served with heroes, or heroes served before them or after them. Along with the pride in service that is instilled when we join the military, a sense of humility is also instilled in us. Green Berets, the Army Special Forces, are called the Quiet Professionals. Graduates of the United States Military Academy at West Point are called the Long Gray Line.

For other veterans, thanking them for their service may cause them shame. If they did not serve in combat, some veterans may feel as though they didn’t do anything worth appreciation. They may feel “less than” (until someone expresses that to them, which leads back to the first part of the paradox). If they did serve in combat, some may feel as though the things they did have to do are more worth condemnation than appreciation. Some of those complicated feelings about service, which include pride and humility, could also include shame.

The key to resolving this paradox is to consider it from different perspectives and recognize the truth in both parts. From the perspective of the service member or veteran, accepting the fact that we can be both proud and humble about our service is a balance that we need to achieve. If we see the sense of pride as satisfaction rather than superiority, then we recognize that we can also be humble. If the service member looks at it from the perspective of someone who didn’t serve, however, we can see that military service is unique and outside of the common experience for many people. We recognize that others can see what we did in the military as something worthy of praise and recognition, regardless of how we feel about it.

If we look at the paradox from the perspective of someone who hasn’t served, then we have to recognize that simply thanking someone for their service may not be enough. For many veterans, the sincerity of “thank you for your service” is questionable and may feel dismissive. This, of course, leads to the offense of the first part of the paradox. Recognizing that a service member or veteran is both proud of their service and too humble for praise, it might be better to ask them about their service…how long did they serve, where did they serve, what did they do in the military. Showing genuine interest in their service satisfies the need for recognition but avoids the embarrassment of praise.

Resolving the Modesty Paradox can help veterans come to terms with how they feel about their military service. Like many of the paradoxes described in this series, the tension between the desire for recognition and dislike of praise can cause distress. Service members and veterans can’t understand why those who haven’t served don’t get it. Those who haven’t served can’t understand why service members and veterans don’t recognize that what they did is worthy of praise. Taking the time to understand the perspective on both sides can help everyone reduce the distress related to the Modesty Paradox.