Laughing at Life After Brain Injury 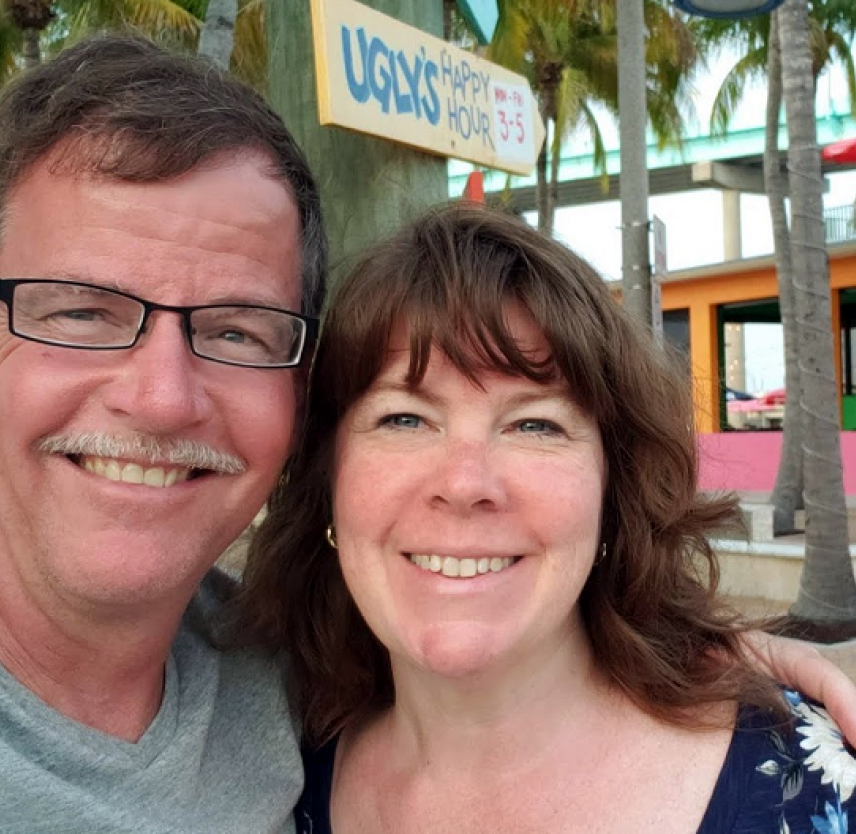 My youngest son celebrated his birthday just last month. He's a great kid with a wonderful wife and a promising career — enough to make any parent beam with pride.

"How does it feel to be twenty-two?" I asked quite innocently on his birthday. The silence that answered me was uncomfortably long.

I burst into a full-on belly laugh and reminded him again that dates and times may never be my strong point. As he lives over 2,000 miles away, it was a speaker call with Sarah and my daughter-in-law all on the line. In short notice, we were all laughing.

But it’s not just the calendar that betrays me. Sure, there are times that I forget the date, even the month, and sometimes the year. Funny as it sounds, it doesn’t bother me one bit. In the grand scheme of life, it’s really not that important. If I really need to know where I am on the universal date and timeline, I can check my phone.

I am often betrayed as well by the brain/mouth disconnect. Perhaps you’ve heard of it. You plan on saying one thing, but in the millisecond of time it takes to speak, plans change — stuff goes down. Early on after my brain injury, it was horrifying. A new fear pervaded my life — the fear of looking like a fool. As one who talks a lot by default, this was problematic indeed.

How about another laughter moment?

Recently during a conversation with Sarah, it was my intent to use the word "plane." Living near a larger airport, we watch Southwest planes pass by with regularity and laugh about another plane packed full of lucky souls going to Florida. My brain said "plane," but my mouth … well, suffice to say what came out was not what I expected as I pointed to the "sky-train."

Where do I even begin to go with this one? A sky-train? From a purely logical standpoint, it makes perfect sense. If this were a game show hint, most people would guess that a plane was being referenced. But this was no game show. It was real life.

Early on, when word-finding challenges were more common, this type of work-around was common — even recommended by professionals. But to have it happen by accident, knowing full well that I was pointing to a plane, after all these years … how can you not laugh? Sarah spent the next few minutes weaving tales of our trips on sky-trains into the conversation as a way of poking a bit of innocent fun at me. We both laughed pretty heartily. You have to admit, in this light, there is something deliciously funny about it.

Time has a way of changing how you look at things. I view word-finding and word-changing issues differently these days. Rather than a pain point, it’s become a regular source of laughter.

When I look back in the rearview mirror just a few years, I find it hard not to be grateful that we are where we are right now. For many years, life was close to unlivable. It was certainly not sustainable. It’s a safe bet to say that if things had not improved, I might not be here. Such was the depth of my despair after my brain injury. But over time, tough months dwindled down to tough weeks. Tough weeks became tough days, and the tough days began to happen less often. Life after brain injury is not without challenges. But it is very much worth living. Learning to laugh at challenges means that they don’t own me. It means that I am not going to let them drag me down.

Anyone with a heartbeat has challenges, brain injury or not. In my case, my challenges make me occasionally use words heretofore unknown to the rest of humanity.

If fate happens to find you on a sky-train at some point in time, and you see Sarah and me sitting in a nearby row, feel free to say hello — as long as the conductor has turned off the Fasten Seat Belts sign.

Hi David, I just recently read your blog, “Laughing at Life After Brain Injury” and had to laugh. Some of the things you talked about sound very familiar to me as my husband, also has brain issues (brain tumour, 50% of it removed). I thank you for writing this blog as I am finding that I need to laugh more. Life has its challenges and I think that laughter, sometimes, can be the best medicine. Glad to have come across your blog. I also meditate and look forward to reading your new book. Oh and FYI, there really is such a thing as a skytrain. No joke. I live in Vancouver Canada and that is the name of our subway system!