I Can Fix You 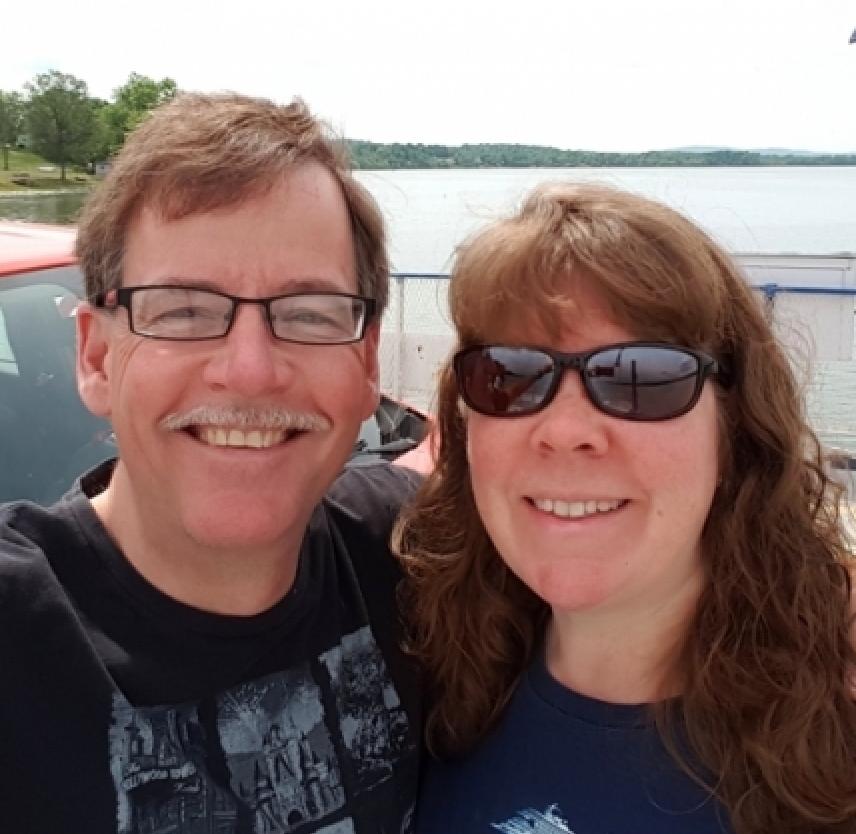 Things changed for me back in March of this year. Without warning and without my permission, a few of my challenges kicked into TBI Overdrive.

Overnight, the volume of my tinnitus doubled. Say goodbye to silence—strike that. I said goodbye to silence back in 2010. My own traumatic brain injury left me with ears that have not stopped ringing in years. What had slowly become tolerable became unfathomable. At the same time, my “ice pick headaches” also came back with a vengeance.

Presto-chango, get used to a new TBI reality.

My wife Sarah and I sought out a new neurologist. Our past experiences with neurologists were not very positive. Early on, a well-intentioned one let me know that I would be back to 100% within a few months after my accident. A few months later, he said that recovery “might” take up to five years, but not to worry, I would indeed be back to my pre-accident self before I knew it.

Don’t forget to pay the receptionist on the way out.

Five years have come and gone, and challenges still abound. I am not embittered or even angry. Anger is a barrier to forward progress. This is what life threw at me. I just need to play this hand as best I can. I’m reasonably happy and reasonably healthy. Who can ask for more?

Yeah, I have a TBI, but it could have been worse. There is always someone worse off.

When the new challenges surfaced back in March, my wife and I visited a new neurologist’s office. Frankly, we were both quite excited. He came highly recommended, and his credentials spoke of someone familiar with brain injury. Five years in the realm of All Things Concussion is a veritable lifetime. Science has revealed more, new treatment protocols have been developed, and times have changed.

It took a few minutes to go over my medical history as we sat in his exam room. He took a few notes, listened to our story, took a few more notes, and asked a question or two.

He then looked us square in the eyes and uttered four words.

He went on to go over a few of my symptoms. My tinnitus, he suspected, was caused by taking Naproxen. My brain fog and cognitive challenges were caused by a possible sleep disorder and a low level of Vitamin D.

And I drank the Kool-Aid. For the next few days, I lived in the reality that I might just be coming home, that we could put all this TBI stuff behind us, that I was going to wake up, stretch out, shrug it all off, and simply continue my life where I had left off in 2010. Bells would ring, angels would sing, and life would again be free and easy. Hail and hallelujah, this difficult chapter would pass.

C’mon, how could I not get excited? To say that life has been hard for us over the last few years would be an epic understatement. In my shoes, you’d be excited too!

I dropped Naproxen from my life. And the ringing remained unchanged. My sleep study came and went. As I pen this, I still wait to hear back from someone. I was told the morning after that “if” there was a sleep abnormality, it was minor at best.

To his credit, boosting my Vitamin D seems to have alleviated much of my brain-fog. Thank goodness for not-so-small miracles.

I don’t think that these are intentional misstatements by those charged with our care. In fact, they most likely believe what they are saying.

But the reality is this: No one can predict the outcome of life with a traumatic brain injury.

After the ether had worn off from my last visit, I came to realize that I might see a bit of relief from a couple of my challenges, but that my fate would be forever intertwined with traumatic brain injury. The pendulum did what it was supposed to do – it settled back in the middle.

You would think that I would be a bit less likely to get so excited about the prospect of being “fixed,” based on my last experience. But hope is what hope is. If I get cut, I bleed hope. Go on—I dare you to find fault in that.

Perhaps the next time, when a young, up-and-coming doctor makes a lofty promise, my feet will stay planted on the ground.

Then again, I might just get excited and quietly hope that perhaps something can be done.

You can count on one thing – I will most certainly write about it. By doing so, others find that they are not alone, that we share many of the same challenges, and that by sticking together as a TBI family, we can get through this together.

Vit. B-12 feeds and repairs your brain. I have had a bad head injury. And recently a bad reaction from Anesthesia. it happens to 35% of people over 45 who have anesthesia. Some cases very serious but it has induced a early onset dementia. Rather than pumping me full of chemicals he opted to feed and rebuild my brain. I suggest anyone who has family history of brain disease or stroke or has head injury or is on meds to get vit b-12 & vit d.

I appreciate the comments in looking for help for my son. Though the last one makes me worry about my car wreck and my issues, not long ago which make me empathize with his issues.

I'm so glad I found this website. I knew my symptoms were more than just several different diagnosis by several specialists. Two months after my fall, I woke one morning with my ears screaming. Two months later I started having weekly migraines, which haven't stopped a year after my fall. Now the mind fog has started with a vengeance. My tinnitus was diagnosed as allergy symptoms. I've had allergies all my life without tinnitus. My PCP ignored my migraine symptoms and told me if I didn't blackout after my fall that I was fine. Now I'm afraid to tell a doc about memory problems because I just turned 70 and I will be diagnosed with dementia. No one in my family has had problems with dementia and lived well into their 90's. I will be researching this to see if any progress is made that can help us all.

Thank you all for sharing. I am seeing the need to visit this website more in depth. It has been nearly 23 years since I received my CHI (Closed Head Injury) due to an auto collision. Each of your comments is helpful. The Vitamin D comments excite me and cause me to feel hopeful. Feeling alone is difficult. Like others, I can't help but get excited when I see a potential for help in whatever form it comes. There are so many thoughts I'd like to share, it overwhelms me of course, for now, whether you are a caregiver or the person with the ... brain injury, do not quit helping and trying. Every little bit is a step in the right direction. =)

Recently, my mother a TBI patient, went to her neurologist (I was with her), and being she was 77, having cognition issues, which I explained was a result of a skull fracture, the Dr spoke only to me. Never even asked how she was feeling. I replied to his question, why the visit, she is having short term memory problems. Not able to remember things that happened a few minutes ago. By contrast we can have a conversation about family and events that happened 40 years ago. The shocker is this, he immediately began writing a Rx for meds. I asked him why, he replied that I complained mom had short term memory issues. REALLY?! Long story short, when I said a part of the reason for the visit was that I was concerned that there were no other issues such as dementia or Parkinson .. There really is no way to k n ow at this stage. Symptoms are very similar with TBI and degenerative diseases. Especially at the early stages of TBI recovery. Folks, please get educated if your loved ones have TBI. Do your research that way you can discuss with the medical professionals in an informed manner. Oh, no Rx. He agreed that maybe we should see if she progresses or not before prescribing meds...just like that.

Even with the headaches, brain fog, loss of independence, anxiety attacks, I would do my brain surgery again to be alive. The frustrations with medical issues have never stopped and missing my old self has been heart wrenching. My family and friends have helped immensely. Acupuncture, Rolfing, pilates, Vitamin D, Propranolol, and walks are my prescription to myself. Be of good cheer my friend and try not to give up the search for solutions. I think they are trying to give you and themselves hope but they do not know the right words to use for us......

Thank you David & Sarah for sharing your life,  You may or may not believe this, but you did save my life.

I have found neuropsychologists, who work with brain injury patients constantly, are the most realistic. The more neurologists you see, the more you begin to see the amount of guesswork going on.

It is hard not to get cynical, sarcastic, bitter and twisted. My husband and I are nearing 9 years post a significant car vs bicycle crash where we both suffered moderate/severe TBI. Last October hubbie started having seizures. He has lived with a tremor in R) arm, told to be non-essential tremor. Now it is considered that his tremor and other symptoms have been seizure related activity. I live with migraines, we both suffer with fatigue, and a host of post concussive syndrome issues...your life is changed forever. Professionals minimalize things initially and then it all compounds. They say, it will take time, or try harder, push through, go back to work...