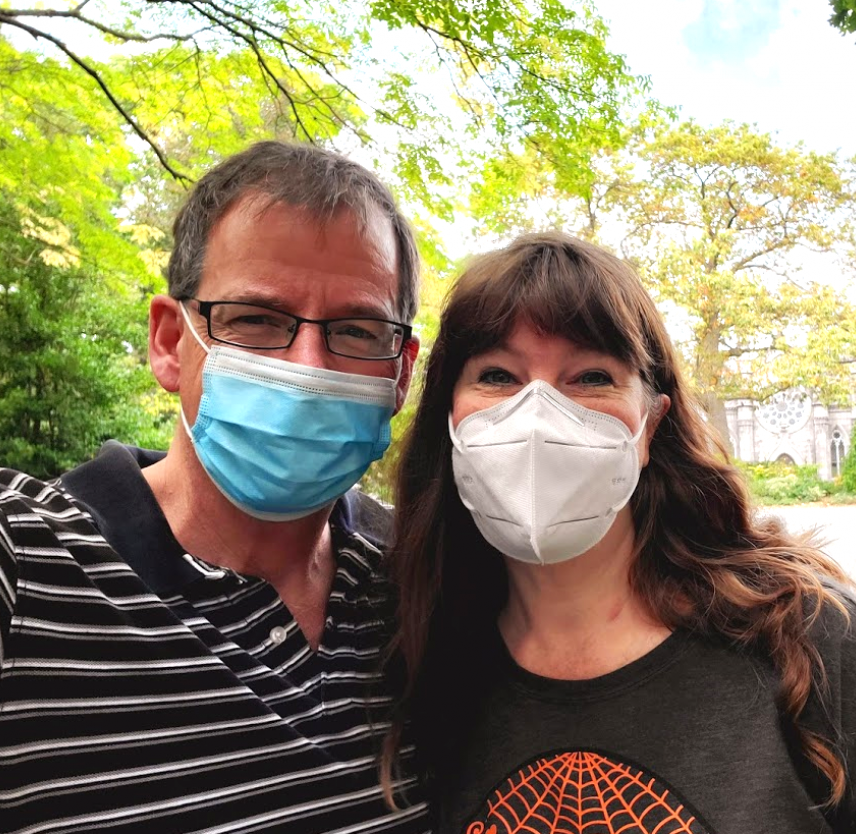 It was a rather quiet trip to the Post Office last week. I had a birthday card to get in the mail for my son. He turned thirty-four yesterday. The last time I saw him, he was twenty-five. It’s pretty simple math – I’ve not seen him in over nine years.

As much as I’d like to say I can recall the last time that I saw him with clarity, that’s not the case. I do know that he was at our home for a cookout in late 2011. I’d be hard-pressed to tell you who else was there. I think the last time I saw him was in September of that year so long ago. But I can only guess.

I have no meaningful memories of the early years after my injury. 2011 might as well have never happened. 2012 was another fractured year. I took a lot of pictures and have been able to cobble together what life was like, though it feels like the life of someone else.

Why did he walk abruptly out of my life?

That has been a question I’ve wrestled with ever since. My verbal and emotional filters were shredded by my injury. I was, well… rather abrupt, unthinking, unfiltered, and a different person than I was before my injury. Did I say something offensive that drove him away? Was he unable to reconcile new Dad versus old Dad? Further compounding things were the rumors that I was actually faking my brain injury to garner attention.

That was perhaps the cruelest part of it all. I was struggling to get my feet back under me. Life was caving in around me; my career was put on a very long hold; Sarah and I struggled as a couple since everything that defined our past relationship was gone, and we moved forward beginning anew.

My physical injuries healed after a few months. At first glance, it looked like all was going well, making me an easy target of the accusations of faking my challenges. Tragically, I know that I am not the only one living a post-TBI life who has dealt with such accusations. Sadly, this happens at a time where those of us within the brain injury community are least prepared to self-advocate.

Many years have passed since I last saw his face and heard his voice. The weekly phone calls to him became monthly calls, then occasional calls – every one unanswered. I was, and remain bewildered by it.

Early on after my injury, I was directed to an online resource, The TBI Guide by Dr. Glen Johnson. This was an invaluable resource for me. Dr. Johnson writes about the loss of friends and family after a brain injury and how common it is. He goes on to share that the lost relationships will be replaced by new, meaningful relationships that develop post-injury.

While that has been my experience, there is no replacement for a son.

The absolute heartache and anguish that defined his loss have faded into a dull ever-present ache. I wish him well and pray for his happiness and well-being, but I really miss him. February is a tough month for me, knowing that his birthday is coming. The ambiguous loss resurfaces, and my thoughts drift back to what little I can remember of 2011, ever wondering what I did that could be so egregious as to cause him to walk away.

By now he will have received my card. The questions and self-doubt really never end. Did he recognize my writing on the envelope and toss it in the trash? Did he even read it?

For years I held out the quiet hope that my phone would ring and that I would again hear his voice. “Hi Dad, let’s talk.” But I do not cling to that false hope any longer. I am hard-wired as an optimist, but I am also a realist. Later this year I will mark a decade since I’ve seen him.

Over the years, I’ve written about him and about the loss, but it’s been a long time since I’ve done so. Candidly, it began to feel like I was opening a painful wound. But this year I feel compelled to talk about it. It is my hope that others who share my experience come away from this feeling a bit less alone. Brain injury affects families like no other injury. Had my injuries that day been limited to a fractured leg, none of this would have come to pass.

David, thank you so much for sharing your story. I was too in a car accident. November 2019. I hit a deer on the interstate. and instead of causing a big pile up on Interstate I hit the median and struck a tree with my car. The last thing I remember is just a bloodcurdling scream I let out before I hit the tree.
I have tinnitus in ear, migraines, moods disorder. And to be honest I have not had an MRI or CT scan done of my brain yet I’m scared to. My husband and I are separated. It’s really difficult. I have lupus already. I feel wiped out. Like a Zombie.
Oh my optimist always encouraging people high energy Cosmetologist 25years. I am to my own businesses, volunteer just go go go. and now it’s just hard for me to just do anything and my husband and my family just don’t understand why children don’t speak to me I have no friends my phone does not ring I get no text messages.
And they’re not remembering words and not being able to carry on conversations. It’s just so devastating. Just a blank stares when you’re trying to think of something in your mind discuss completely blank. So while you just wanna sit in the dark and just do nothing. Snowing understands and he got her something like that devastating it’s numbing. I am and had suicidal thoughts. if you and you wife would like to reach out. I’ll live in Conway Arkansas.
Brandy McFarland

I totally get it brother, I incurred my TBI 14 yrs ago and I had no contact after (due to my emotional balance issues) my TBI. Now, 14 yrs later we've had phone contact for a few years now and it's the best relationship I have. We "get each other" and are so connected. Distance doesn't cause the heart to love/miss less. Fact ... hold onto faith, you will one day get that call. I believe!

I LOVE this piece! Thank you for your bravery, honesty and vulnerability in writing it, David. I admire your courage in continuing to try to improve the situation and leading with love. I know your experience is not unique and many others will find comfort in hearing that they are not alone. I will share this link with my support group.
Barbara

This is terribly sad. I personally feel that perhaps he does not understand the very complex issues around brain injury.
I hope one day you reconcile.

I am so very sorry about the “loss” of the relationship with your son. Life is so different post TBI. Friendships do shift.

So sorry for your heartache over your son.. I get all that you wrote in your post.. I too have post TBI since I was 51 yrs of age and am now 66 yrs of age and find my life to be empty other than the times my kids do my errands, etc. bring me to my appt.s and such.. and I thank God for them, but I also can tell it is catching up with them more and more.. of course i do understand but what do you do when you have a really horrible spine which has been operated on 5 times and each time broken in half and rebuilt and plus the brain operation from a car accident.. then my family does not offer to help out with anything at all.. and they all too plus friends, just think i look okay, as my mother says you are fine.. it hurt me so much coming from her.. but all in all i think, i pray, i am starting to be aware of many things i once wasn't to help me understand many hurts ive endured through this time in my life.. it has not been busy and i cannot imagine feeling what you are feeling b/c it is my children (adults) which are honestly the only ones i hear from or see.. so you hang in there ,, i just cannot imagine your son not coming around sooner or later.. praying for the sooner.. God Bless You and Your Life Journey with this horribly misunderstood damage to the brain.. the most complex organ of all that we possess.. Take Care !!!

Life post injury is incredibly difficult. I empathize with you and this post. Although I am younger, without children, I have experienced this with siblings and friends. I do hope your son comes around. It took many family members years to try to understand, some still don’t.

Thank you for sharing your story. The more we share, the more we all know we are not alone!

18 years ago this August my husband was riding to raise money for MS and his bicycle left the trail. Flight for Life took him to the hospital where he was a surgical nurse. My son turned 16 three days later and my daughter was 12. My husband survived and did all the things the said he never would, go back to work, teach new Docs how to operate with the new robots, drive and return to his family. Back with permanent nerve damage, meaning a feeling a of vertigo at all times, memory issues and emotional turmoil. He lost the previous 14 years ,memories, including knowing he had a daughter. Slowly things improved, fighting thru drugs, acting out and a baby at 17. My daughter fought her back into a good relationship with her Dad. My son took on protecting my daughter and eventually resenting his Dad and never has resolved those feelings. He married the girlfriend and while they didn't stop interacting with us, it was a mean and nasty in many ways. They raised their son and then a daughter, and being a Grandma, I ignored a lot of negativity in order to see my grandkids. My son has been away for training for 6 months, for the National Guard. His son turned 16 this week. In many ways that family situation mirrors what happened 18 years ago. I know the situation has brought back up many emotions for me. The relationship lost 18 years ago is gone. I want to ask my son if the circumstances are stirring any memories for him. So do I dare upset the fragile peace that now exists? Unfortunately, my son will never get 'closure' with his Dad directly as my husband is now suffering from beginning dementia, losing even more memories. Another loss has started. My best friend and therapist says reach out and try to talk to my son. Don't stop trying to reach out to yours, you never know if things may change. I hold out hope.