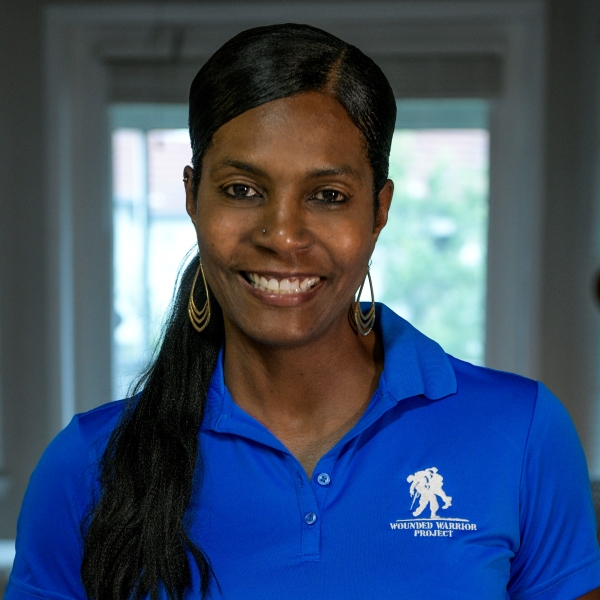 Tonya Oxendine joined the United States Army a year after finishing high school — mostly, she says, to run away from a very difficult childhood and abusive family. Unfortunately, it turned out she left one abusive situation only to find another. She was raped in basic training and endured years of sexual harassment and assault thereafter. The abuse continued on-and-off until she’d attained a high enough rank that no one could get away with it anymore —  about halfway through her 30-year military career. Yet instead of seekinghelp, she felt she had to remain silent and keep the pain and emotions bottled up inside.

“When a female soldier was involved with sexual misconduct, I would see them be transferred, or even discharged from the Army,” says Tonya.

Tonya felt honored to be given the responsibility to serve her country and she didn’t want to jeopardize that. But eventually, during Tonya’s last deployment in Afghanistan, all of the pent-up emotions started to take a toll on her mentally.

But it would be two more years before Tonya finally sought help for her post-traumatic stress disorder (PTSD) and the severe depression and anxiety she was experiencing. The Wounded Warrior Project® (WWP) Talk program gave her the connection she needed to someone who not only listened but, as she came to realize, was always there for her. She also received mental health treatment at Emory Healthcare — part of the WWP Warrior Care
Network® — which helps veterans like Tonya who are living with PTSD.

“Before I found Wounded Warrior Project, I was really, really bad off,” says Tonya. “I felt like I was in quicksand — like something was just pulling me under. But my Talk counselor Seneca gave me a glimmer of hope to just kind of keep holding on to that rope, like a lifeline he was throwing to me. I would grab on for just a little while and then the negative thoughts would snatch it away. But Seneca would have that rope again the next time, or maybe Dr. Burton from Warrior Care Network would send the rope down the next time, and they would always hold on. And eventually, they got me out of that quicksand to where I could go on with my life.”

Today, Tonya’s passion is helping other veterans out of the quicksand through fitness and nutrition and by sharing her powerful story. Her goal is to help other warriors realize they, too, can overcome the debilitating symptoms of PTSD. “I feel better. I really do,” says Tonya. “I still have bad days and sometimes weeks, but then I reach back to the things I learned in Wounded Warrior Project programs and I feel much better.

Knowing that somebody had my back — that I was supported and somebody cared — that's why I'm still here.”