What the Disability Laws Say About Service Dogs 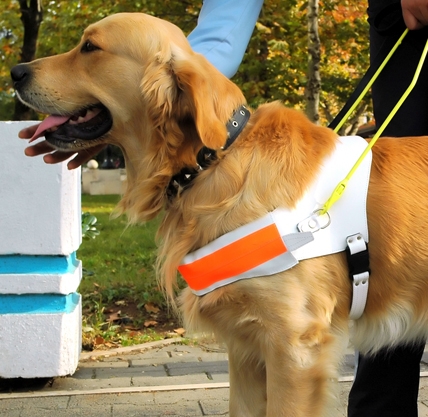 My grandson suffered a brain injury when he was 4 weeks old. He is now 5 years old. Through private donations, we raised $11,000 to purchase and train a special behavioral dog to go with him to school to help with his temper outbursts and to keep him calm. Unfortunately, the school won’t allow his dog to attend school with him even though we have all the documentation including official notes from his doctor stating that there is a "need" for this dog to accompany him.

We live in Wichita Falls, Texas, and we were told recently that we would have to "fight" to be allowed to have the dog go to school with him as we would be setting a new precedent. How can we get permission for this trained dog to attend school with my grandson? I would appreciate any guidance on this issue.

Unfortunately, there is no uniform national standard allowing the use of animals by children with disabilities in school settings.

Three major federal laws govern children with disabilities, including traumatic brain injuries. They include the Individuals with Disabilities Education Act (IDEA), Section 504 of the Rehabilitation Act, and the Americans with Disabilities Act (ADA). Essentially, IDEA requires public schools to provide all children with disabilities a “free appropriate public education.” It is the interpretation and definition of this law that sometimes requires legal intervention.

Section 504 of the Rehabilitation Act requires schools to make appropriate modifications to the educational environment for children with disabilities. The use of a “service animal” by a child with a disability should fit under this category.

Additionally, the Americans with Disabilities Act (ADA), which applies to children and adults alike, requires that public facilities accommodate people with disabilities. The ADA applies to both public and private schools, as well as to adults in public settings.

The main question is whether or not an animal fits within ADA’s definition of a “service dog.” Title III Regulation 28 CFR §36.104 defines a “service animal” as “Any guide dog, signal dog, or other animal individually trained to do work or perform tasks for the benefit of an individual with a disability, including, but not limited to, guiding individuals with impaired vision, alerting individuals with impaired hearing to intruders or sounds, providing minimal protection or rescue work, pulling a wheelchair, or fetching dropped items.”

To date, there is only one decision on this issue. A U.S. District Court decision in California, Sullivan v. Vallejo City Unified School District, 731 F. Supp. 947 (1990), held that pursuant to Section 504, a child with cerebral palsy, learning disabilities, and right-sided deafness who used a wheelchair should have been granted the right to bring her service dog with her to school. The judicial finding made clear that this was not “educationally necessary” but rather that the district discriminated against her on the basis of her disability by refusing her access to the school with her dog. The court specifically rejected the school’s contention that their decision was in part based on space and health concerns.

Other states handle this question differently. Some allow individual school districts to make these decisions on their own (Pennsylvania) while others have promulgated statewide rules (Virginia). In fact, the State of Virginia has codified the law and defined the term “service dog” to mean “A dog trained to accompany its owner or handler for the purpose of carrying items, retrieving objects, pulling a wheelchair, alerting the owner or handler to medical conditions, or other such activities of service or support necessary to mitigate a disability.” (Emphasis supplied.) Code of Virginia §51.5-44

In New York, it was found that the controlling law is the State’s Human Right’s Law. The New York State Human Rights Commission found that the school district’s determination utilizing a “balancing test” on a “case by case” basis violated basic human rights.

The New York Law expressly bans discrimination on the basis of a service dog, and states that it is a civil right to be able to obtain an education without discrimination. Similar laws exist throughout the country and may also be a useful tool in obtaining permission to use a service dog in school.

The Texas Statutes Human Resources Code contains explicit language regarding the rights of a disabled person to use an “assistance dog” defined by their statute as “an animal that is specially trained or equipped to help a person with a disability” within a “public facility” which specifically includes an “educational facility.” (Texas Statutes Human Resources Code Title 8, Chapter 121)

In order to comply with general requirements for accommodations, the parents or the child’s legal guardian should provide a letter from a physician (psychiatrist, neurologist, neuropsychologist as necessary, or the child’s primary physician in consultation with a specialist) specializing in the type of disability the child has that at a minimum states:

The parents and/or guardian should also submit the following additional items:

This does not mean that if you comply with all of the above, the school will necessarily acquiesce to your request, but it is the first step. It would seem a logical progression of the application of disability legislation that what would be required in other public settings would be required of school districts as well. However, it is always prudent to consult with an attorney who specializes in education law in your local jurisdiction in order to ascertain your rights and the appropriate procedure.

The information provided is general in nature and is provided for your information only and should not be relied on as legal advice. Applicability of the legal principles discussed, may differ substantially in individual situations or in different states. It is important to contact an attorney in your own state if you need legal assistance.

Tips of People with Service Animals or Pets

Shana De Caro, Esq. is partner at De Caro & Kaplen, LLP. Ms. De Caro serves on the board of directors for both the Brain Injury Association of America and the New York Academy of Trial Lawyers. She is first vice president of the American Academy of Brain Injury Attorneys and serves as secretary of the Civil Justice Foundation. 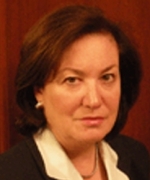 I am not and cannot give legal or medical advice. However, I am aware of a similar situation in Monroe County, Indiana . A private institution sought legal assistance through the AFLCIO. The institution won for all of the children that need their Service Dogs to accompany them for medical reasons into public schools and all extra school sponsored activities in Monroe County. Unfortunately, this may be an avenue to be explored, not only for your child, but for other children in similar unfortunate situations in your area. I hope that this information helps you.

According to the Office of Civil Rights, service dogs are allowed in school settings since the service dog would be considered an accommodation.  This applies to all cities, public schools, and states.  As long as the service dog/animal provides a direct service to the student, it would be allowed.

My daughter has a service dog.  We live in NYS and I have been working with State Ed and the US Dept of Justice to change the ways schools accommodate service dogs.  We were very excited when the DOJ published a Letter of Findings in April saying that it was reasonable for the school to help Devyn use her dog during her school day.  You can see a copy on the ADA website.  We are under "what's new" at this link http://www.ada.gov/. Even with state ed supporting these findings, our district remains noncompliant.  So we will be going through a federal court case next -- PAVING THE WAY!!  Learn more on our FB Page: www.facebook.com/dogfordevyn

Start by suing the Wichita Falls Independent School District. Then the school and teacher or teachers. They are being UNCONSTITUTIONAL. He has the right to education under any circumstances. If it happened to my kids or grandkids I would. Fortunately my kids were raised in Amarillo and now my grandkids do. There has to be a fantastic Attorney in Texas willing to set a residence.

I live in Wichita Falls Texas too and it really sucks. I came from Amarillo where they're in this Century. WICHITA FALLS is not. I'm being given the run around about allowing my companion dog going anywhere with me by Taps. They take disabled and others to doctors and pharmacies. I've had over there DOCTORS say I need a service dog for my PTSD yet I'm disabled on a fixed income and have no way to obtain one because they are really expensive. It's UNCONSTITUTIONAL not to allow your sons service dog in school. I would be suing the Wichita Falls Independent School district.

As a SD handler myself, my concern is whether or not the child has control over the dog in a classroom setting. Can he handle the dog independently during the turmoil of a fire drill or evacuation? Is the dog so well-trained that the cafeteria won't be a temptation?

Why not use a breed that is considered close to Hypo-Allergenic? There are several breeds that fit that bill, my personal DAD is a standard poodle. They are very intelligent, learn tasks quickly, strong enough to pull a wheelchair, etc. There is so much demand for these Hypo breeds now that some trainers make them available as an option these days.I know several people with dog allergies and no one even notices her.

non under the ADA service dogs can go anywhere that the child is allowed and allergies cannot be used as an excuse to not allow service dogs u have to seperate both of the children.

What about my allergic asthmatic son's rights to get an education without "barriers", as his "non-disabled peers" when he can't breathe because another student gets to have a service dog to meet his needs? I'll tell you what happens, we are told by the district to "move" our son to another elementary school. Tell my son with a "hidden disability" (a disease that affects his lungs) why his health, ability and access to an appropriate education is not as important as the the other student. I'm having a hard time explaining this to him, could it be because I can't even understand how a child is asked to move from his neighborhood school after being in this school for five years like he's a piece of furniture?
My daughter is allergic to dogs. It would be nice if kids could bring their service dogs to school but what about the kids that are allergic to dogs; how are they protected?
I work in Adult Education and recently enrolled a student with a service dog. We are having no problems with them. He's a lovely dog. But. . . Before she came here she went to two other ABE locations. At both locations they denied her to have her service dog with her. I have written to the ABE director here in Minnesota but have not yet heard back from him. I expect to hear from him next week. In the meantime I have been trying to find information on the Web pertaining to service animals in schools for adults. There just doesn't seem to be anything out there. I consider myself a very good web researcher. If something is out there I can usually find it. Can you address this? She can't be the only one.
I wish I had a service dog, things would be much easier. Having one at school would calm me down.