Driving After a Sports Concussion 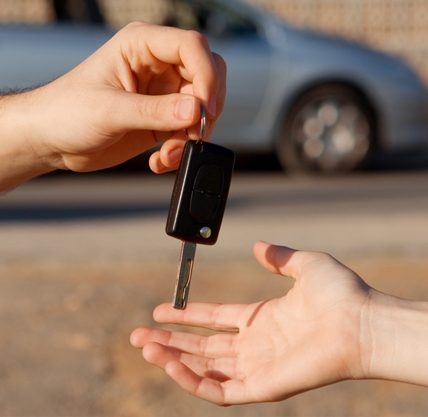 My 18 year-old son sustained a TBI playing football last year. When is it acceptable for him to drive again after TBI?

A lot depends on the severity of your son’s concussion or whether or not he has persistent symptoms, but here are some general guidelines.

First, the criteria for returning a player to the field for active play following a concussion are just as relevant for returning to driving. However, it is important to consider not only the types of symptoms that your son had following his concussion, but also how long they lasted and whether they have resolved. It's also important to find out if your son had any neurocognitive testing? That testing would help determine whether he is back to his pre-injury status or close to it.

In general, a child or adolescent with a concussion should not return to play immediately after sustaining a concussion. Athletes who continue to play or exercise are more prone to a longer recovery time, greater risk of development of post-concussion-disorder-type problems, and "second impact syndrome." If your son is still relatively early out from his concussion and continues to have symptoms such as headaches, dizziness, or nausea upon increasing his physical activity then he is neither ready to return to play nor to drive. Continuing aggressive exercise can actually increase symptoms or delay recovery from concussion. If you son is still sensitive to noise, light, or vestibular stimulation (problems with dizziness, poor regulation of postural muscle tone, and inability to detect quick movements of the head), then he probably should not be driving.

In simple terms, no athlete should return to competitive sports until he or she is symptom free — both at rest and with exercise — and follow-up neurocognitive testing is once again normal. These symptoms would include sleep problems, fatigue, problems with concentration or memory, depression or anxiety. If any of these symptoms persist then driving would not be advisable. If there is a question about your son's level of impairment and, in particular, persistence of symptoms that may impact driving, then a formal rehabilitation oriented driver’s evaluation may be an appropriate next step.