Why Are New Problems Cropping Up Four Years After My Brain Injury? 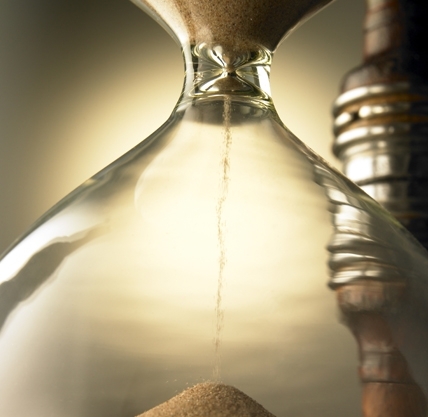 I had a mTBI four years ago from a car crash. I went through rehabilitation and was considered every therapist’s dream because I was eager to use every strategy I learned to make my life work again.

It seems that each year or so another issue crops up like a vestibular disorder and now seizures and a sleep disorder. Up until now, I have managed my brain injury successfully at work. But the sleep deprivation and seizures are causing problems and mistakes. I have done a sleep study and am taking seizure meds, but I don’t feel adequately equipped to manage these additionally weak areas that are now manifesting themselves at work. Any suggestions as to what I should do or from whom I should ask for help?

Mild traumatic brain injury is a condition that evolves over time. Not all individuals who have sustained a mTBI exhibit the same signs or symptoms. Frequently, the signs and symptoms of mild brain damage may take days, weeks, or even months to develop.

It is quite common that people who have sustained a mild brain injury are not aware of the full extent of their brain damage until they attempt to return to their normal vocation or to school. In other instances, a new social, educational, or work environment with additional or novel demands may cause the individual to experience previously undiscovered difficulties.

An attorney representing an individual with a mTBI needs to understand that not all brain injuries are alike; that injury can result with or without loss of consciousness; it can occur even if the head does not strike an object; and that a person suffering from mild brain injury can appear “normal” shortly after an accident and may even have a normal examination in the emergency department of a hospital. It is important to take the time to explore all aspects of the injured person’s life and speak with those close to that person to explore difficulties at home, work, and school. 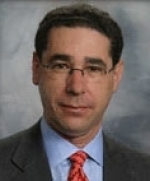 i got my eye sight back after 50 years tbi age 9 hit back right head by shot putt one year before my dad passed from my mom who passed 26 years ago.

I got hit in the back of the neck at work with a heavy object. Didn't even know I had a concussion at first. Just knew I had intense headaches. Rarely got headaches before tbi. Now all the time. Or just pressure in head. So many difficulties/challenges now. But it is workers compensation injury and they are trying to deny it.

Anyway. I am going to find help and support one way or the other. Tonight I found this website. Tomorrow I can make some calls. I will just keep trying til someone helps. Because I love myself that much.

Is there any evidence that hypothermic therapy has any use following traumatic brain injury?

We are treating my mother with Cannabis Oil for symptoms of insomnia, agitation, panic attacks, loss of appetite and the onset of dementia from a TBI received in a fall. She was 89 when she fell, she is now 93. She has lost her short term memory but is very functional and lives alone in an assisted living apartment. There is evidence that Cannabis aids in the reduction of inflammation in the brain and is helping to reconnect damaged receptors. This is showing great promise.

HBOT worked for me when nothing else did. Six brain injuries 2005-2016. Now just need more to continue my healing.

The most important thing I learned about MTBI is that issues can come delayed even years later, and that although you might have some serious problems, your brain can heal some things and you might not be as bad off as you fear.  Plasticity of the brain allows it to heal to some degree, and although you might not ever go back to 100%, you might find some improvements in time and enjoy a decent quality of life if you're lucky.

I sustained an MTBI from someone attacking me with a baseball bat one night walking home from work.  Initially I was fine without any issues other than mental fatigue, but I developed a vast array of debilitating issues out of the blue after two years passed.  I was driving a long distance and developed a really bad headache, the pain focused intensely on the area I was hit.  Like someone had put a metal rod through my head. That headache lasted constantly for about two years after it started changing in intensity and during that time when it first appeared a huge list of issues started to develop rapidly.

Speech problems, insomnia, vomiting, dizziness, balance issues, blurred vision, ticks, and a number of other issues I could go on about in a lot more detail.  Doctors never informed me I had a potential MTBI, so I had no idea what was wrong with me.

I became extremely hopeless, and felt my life was over, because I didn't think my problems would ever get any better, only worse.  I contemplated suicide daily, until one day I got an idea I could use the internet to find some answers on my own possibly and I finally started researching what could be wrong with me.  I discovered info about MTBI and realized it was a very likely case that I had one from my head injury.

So with this as a starting point I went to seek a doctor who could help.  The doctors I saw, even this one neurologist specialist, had no good advice and did not take me seriously, all said there was nothing wrong with me.   Probably because I wasn't wealthy, and didn't have health insurance.  They treated me like they didn't care at all, and like I was making it all up for some odd reason.

Eventually I made some more money and my job at the time got me health insurance.  I found a kind doctor who listened to my story and he did some new tests.  It was a severe MTBI and I got a diagnosis, but I the insurance I had would not cover the treatment at all and I could not afford it myself.

The vast majority of my issues did resolve overtime, ticks went away, speech problems, etc.   I still have some issues that persist though, and bad headaches come from time to time.  I've had much improvement but I'm not doing so great these days.  â€‹Though I've never had any sort of treatment whatsoever, so I can only imagine that if someone gets good treatment and are informed about the issues early on their quality of life would be fairly good.  Especially if you have a good support from family and friends.

It took seven years from the start of it all until a doctor finally took me seriously to do a diagnosis, and it was only because I had insurance that he gave me more than five minutes of his time.  The emotional and mental issues I developed over the years from this experience have had a major impact on my ability to work and find financial success, even though I worked as hard as I could I could never match a normal functioning persons capability at this point.  Despite the diagnosis, many friends and family still think I am making it all up and put the blame on me for my inability to function normally.  Thankfully I have one person who has supported me all the way through this experience, they are the only one who witnessed everything unfolding, and they are the only thing keeping me in this world really.

I had an overhead lamp attached to a press I was working at work on come loose and hit me on the head and neck. This was six months ago. I am experiencing much more now than before. I feel like i am lost in a fog sometimes and the pain in my neck just wont go away. is this normal ? I have been diagnosed with concussion and whiplash.

I was told by my doctors that if you take on too much, get stressed out and even certain environments can cause symptoms that you think you have already conquered to come back.   Perhaps you have taken on too much?   Good luck and keep a positive attitude.

I found your information very helpful . How long should one see a rehabilation. Dr. ? If a car accident in Michigan i was total covered , am i covered for all things ?

Thank you that was so true , about not knowing or believeing you have M tbi . Besides being on meds . For how long ?

My brother had a TBI to the frontal lobe in 1984. Some of the symptoms from that time have just presented within the last 3 weeks, i.e., anger, agressiveness, slurring speech, etc. What needs to be done and where do we begin to get help. He was 36 when he had the accident and is 66 now.