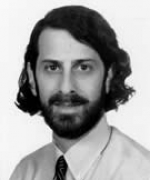 He received a bachelor’s degree in humanities and biology from Columbia University and went on to complete his medical and doctoral training at Yale University. Dr. Goldstein completed an internal medicine internship and residency program in psychiatry at Harvard Medical School. He was previously an Assistant Professor of Psychiatry at Harvard Medical School, as well as the Director of the Molecular Aging & Development Laboratory and Center for Biometals & Metallomics at the Brigham & Women’s Hospital, Boston. Dr. Goldstein joined the Boston University School of Medicine, College of Engineering, Photonics Center, and the BU ADC in December 2007.

Dr. Goldstein’s work is focused on understanding the role of abnormal protein aggregation in chronic degenerative disorders of aging. The work in his laboratory concentrates on Alzheimer’s disease, age-related cataracts, and other common diseases of aging that involve pathogenic protein aggregation. His team recently discovered the first evidence of Alzheimer’s disease-associated amyloid pathology outside the brain as well as a new transcription factor that plays a crucial role in cellular differentiation within the lens and brain. He and his laboratory are developing a laser-based diagnostic technology that will hopefully detect Alzheimer’s disease years before the first symptoms emerge.

Dr. Goldstein has received honors from numerous organizations, including the Harvard Medical School, National Institute of Mental Health, National Alliance for Research on Schizophrenia and Affective Diseases, Alzheimer’s Association, the American Psychiatric Association, and the Optical Society of America. He is a Diplomate of the American Academy of Neurology and Psychiatry.

Hits, Not Concussions, Cause CTE
The Science and Art of Neuropathology
The Pathology of CTE Versus That of Other Neurodegenerative Diseases
Research into Blast Injury and the Brain
How Are Football Brain Injuries and Blast Injuries the Same?
The Bobblehead Effect of Repetitive Brain Trauma
Decoding Chronic Traumatic Encephalopathy