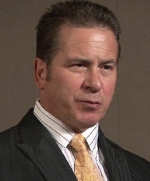 Julian E. Bailes, MD is a founding member of the Brain Injury Research Institute and professor and chairman of the Department of Neurosurgery at West Virginia University School of Medicine. Dr. Bailes is a recognized leader in the field of neurosurgery and both the short and long-term impact of brain injury on cognitive function.

Dr. Bailes is the former team physician of the Pittsburgh Steelers and has been a team physician in either the NFL or NCAA Division I for 20 years. Since 1992, he has been a neurological consultant to the NFL Players’ Association (NFLPA), which has supported his research on the effects of head injuries on professional athletes. He is the Medical Director of the Center for Study of Retired Athletes based at the University of North Carolina, Chapel Hill.

In 2002, in conjunction with neuropathologist Dr. Bennet Omalu, a medical examiner in Pittsburgh at the time, Dr. Bailes helped to identify the first clinical evidence of chronic traumatic encephalopathy (CTE) – a neurological disorder classified by cognitive deterioration with symptoms that can include mood swings, failure in executive functions, psychotic problems, memory disturbance, dementia and Parkinson’s disease.

Dr. Bailes has over 100 scientific publications concerning various aspects of neurological surgery, including three books on neurological sports medicine, and performs editorial duties for a number of medical journals. His laboratory at West Virginia University conducts experimental study into the effects of brain injury.

Dr. Bailes received his medical degree from the Louisiana State University School of Medicine in New Orleans and completed his neurosurgical residency at Northwestern University Medical Center in Chicago, and a fellowship at the Barrow Neurological Institute in Phoenix.

Dr. Bailes has been honored as one of the best U.S. surgeons for eight consecutive years in U.S. News & World Report’s “America’s Best Doctors.” In his capacity as co-founder of the Brain Injury Research Institute, Dr. Bailes will conduct research that will help prevent and treat brain trauma and its long-lasting degenerative consequences.

Should We Be Worried About Subconcussive Blows in Sports?
High Index of Concussion Suspicion Needed on the Sidelines
Being Strict with Return-to-Play Guidelines
"Slosh Mitigation" and Omega-3s to Help with Brain Injuries
"Greatest" American Game Needs to Evolve
Helmets Cannot Prevent Brain Injuries
Return to Play Decisions Are Complicated
Dr. Julian Bailes: The Pros of Contact Sports