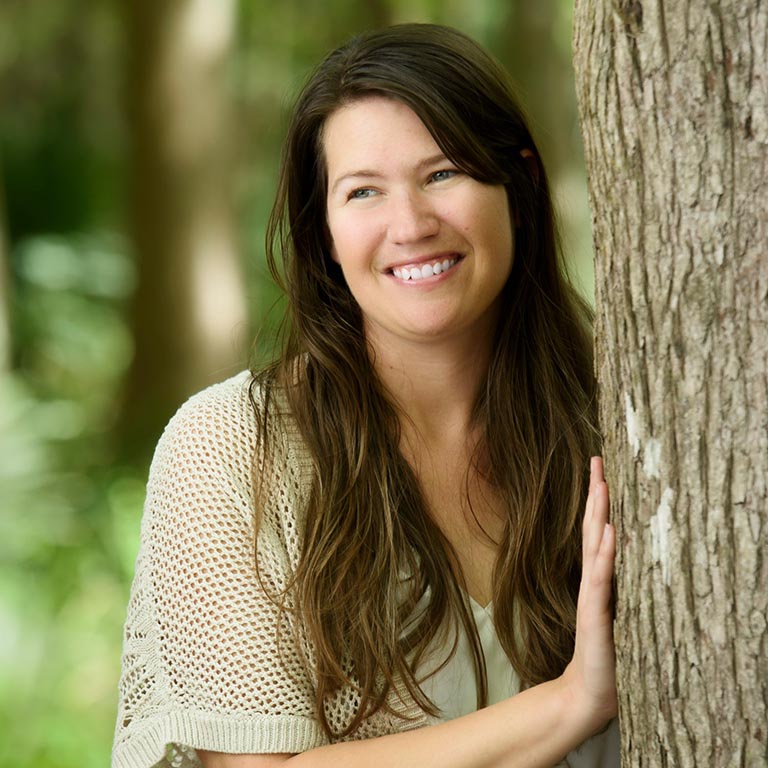 When Jenna Malone’s husband, Isaac, came back from his second deployment in the Middle East, he was a very different man. A series of events during Isaac’s time in the Navy left him with painful and debilitating physical injuries, a traumatic brain injury, and post-traumatic stress disorder (PTSD). The man who had always been supportive and active now relied on Jenna for nearly everything.

On top of caring for her husband full-time, she was raising three young children and living in a new town where she knew almost no one. She had so many responsibilities that she didn’t have any time left for herself. As a result, she began to lose her identity.

“It was a huge adjustment for me because I was used to him being so independent and helping me with the kids and the house,” Jenna says. “Then having to go with him to doctors’ appointments, helping him get dressed and shower — I was just really overwhelmed.”

Jenna also began having secondary PTSD symptoms. “I was starting to experience the same symptoms he was because I was constantly on heightened alert to make sure nothing was going to trigger him,” Jenna says. “Then I started having panic attacks and my world felt like it was shrinking.” That’s when she reached out to Wounded Warrior Project® for help. One of her first events was a caregiver retreat, where she got to meet spouses and caregivers of other warriors and learn about resources that could help her and her family. Then Jenna and Isaac found Warrior Care Network® (WCN).

“Isaac has really tried almost everything, and Warrior Care Network has been the program that’s helped the most,” Jenna says. “We worked through things like anger management and how to de-escalate a veteran when they’re triggered. We also met with one of the counselors to work on relationship-building and communication tools for these changed roles that we have. It was an incredible program. I learned a lot.”

Jenna’s next mission is to take all she’s learned and pass it along to other caregivers who need support. “I definitely feel like I’m in a much better place emotionally and as a person in finding my identity,” Jenna says. “Wounded Warrior Project has helped me find resources to help Isaac, and also to focus on myself and self-care, which has been something I’ve neglected in the past. Now, I want to give back and help other veteran families that are struggling and don’t know how to navigate their new normal.”