Normal Tantrum or Signs of a Brain Injury? 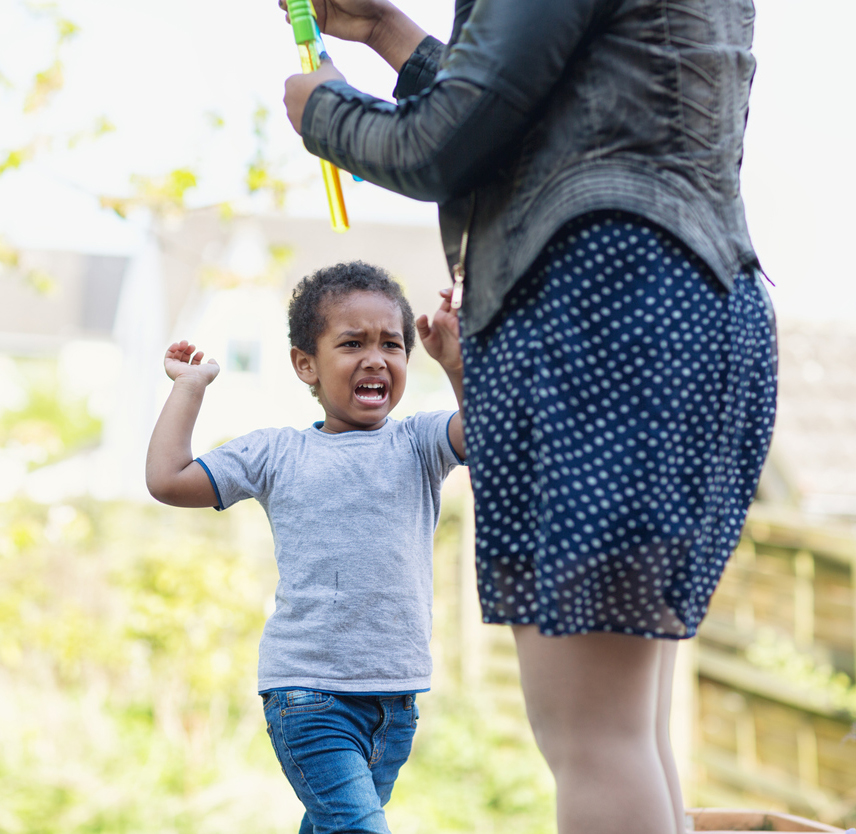 My 4-year old fell down the stairs and is now having more tantrums than usual. I heard that sometimes issues from a mild brain injury can occur months or even years after the injury. What should I watch for in preschool now, and later when she’s in elementary school?

Your daughter’s tantrums may indeed be caused by an injury to the brain because of her fall down some stairs, although 4-year olds are also known to have temper tantrums as part of normal development. It is the amount of tantrums and what triggers them that help determine if they are related to the fall. What happened right after your daughter fell? This information may be a clue that a brain injury did occur. More specifically:

A yes to any of these questions would raise the suspicion of a brain injury. If she seemed fine right after the fall and had none of these symptoms, it is much less likely that her tantrums now are connected to the fall.

As a rule, unless the brain injury is quite severe, a child will only have a short-term loss of skills and will then recover and continue on with the developmental norms. As such, a 4- or 5-year old will look and act very much like any other 4- and 5-year old. However, in preschool, ask the teacher how your daughter is doing in comparison to her peers. How does she get along with other children? Can she manage small upsets without falling apart? Is she learning how to recognize her printed name, or at least the first few letters?

In elementary school, issues may become apparent as the child gets older and expectations increase. For example, children in first grade usually require frequent redirection as their attention spans are still short. But by third grade, children are expected to work more independently. So a child who has had an earlier brain injury may do fine in first grade but may have problems by third grade because his skills have not progressed as expected. This is referred to by some as the “stall” or the failure to attain the expected milestones at the age-appropriate time, if at all.

If you and your physician decide that your daughter may have had a brain injury, be sure it gets noted in her school record just in case further testing is required. If she continues to have problems, seek an evaluation by a physician who is experienced with the effects of brain injury and who can evaluate for associated problems like sleep disturbances, headaches, restless legs, seizures, anxiety, or depression. And ask for an assessment by a pediatric neuropsychologist to help determine if there was an injury and what accommodations might be helpful in the child’s learning. Then you, the school, and the psychologist can work together for the benefit of your child.

Dr. Jane Gillett was a neurologist certified by the Royal College of Physicians and Surgeons of Canada in both pediatric and adult neurology. She created and developed the Pediatric Acquired Brain Injury Community Outreach Program, Children’s Hospital of Western Ontario. She died in 2011.