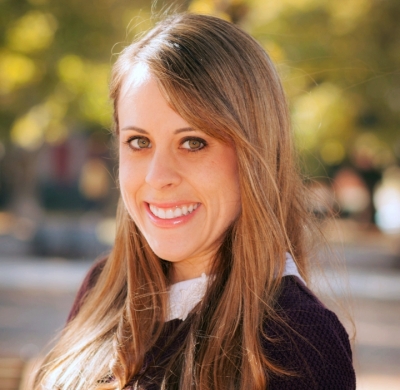 Abby Maslin is an elementary school teacher with DC Public Schools as well as the author of a lifestyle and wellness blog (www.abbymaslin.com). She is currently writing a memoir, tentatively titled Love You Hard about her family’s experience with traumatic brain injury in the year following her husband’s brutal attack in Washington, DC.

Abby’s experience in caregiving began six years ago when her father was diagnosed with end-stage liver disease. Since then she has served as a caregiver for both her parents as well as the primary caregiver for her husband, TC. Several weeks after TC’s assault, she began blogging about his recovery and the psychological impact of this traumatic event on her family. Her blog has received more than a million hits since its inception and has provided a unique opportunity to connect with caregivers of brain injury all over the world.

Abby and TC’s story has gained widespread media attention in the DC area and was featured on the front page of The Washington Post. It has brought heightened awareness of aphasia to both the United States and Canada, where TC received intensive speech therapy treatments. Abby’s activism in the brain injury world recently earned her the title of Marie Claire’s Model Citizen for 2013. Her story appears in the December 2013 issue of the magazine. She was the 2013 keynote speaker for the Department of Justice in a ceremony to honor victims of crime.

Abby received her BA in Sociology and Anthropology from St. Mary’s College of Maryland. In addition, she holds master degrees from both Drexel University and American University in the areas of creative arts therapy and education. Her experience in special education has played an integral role in her capacity as a caregiver.

The Maslins both hail from St. Mary’s County, Maryland, although Abby spent the majority of her childhood growing up in Phoenix, Arizona. In 2010, they became parents to their son, Jack.