What Are the Differences Between PTS and PTSD? 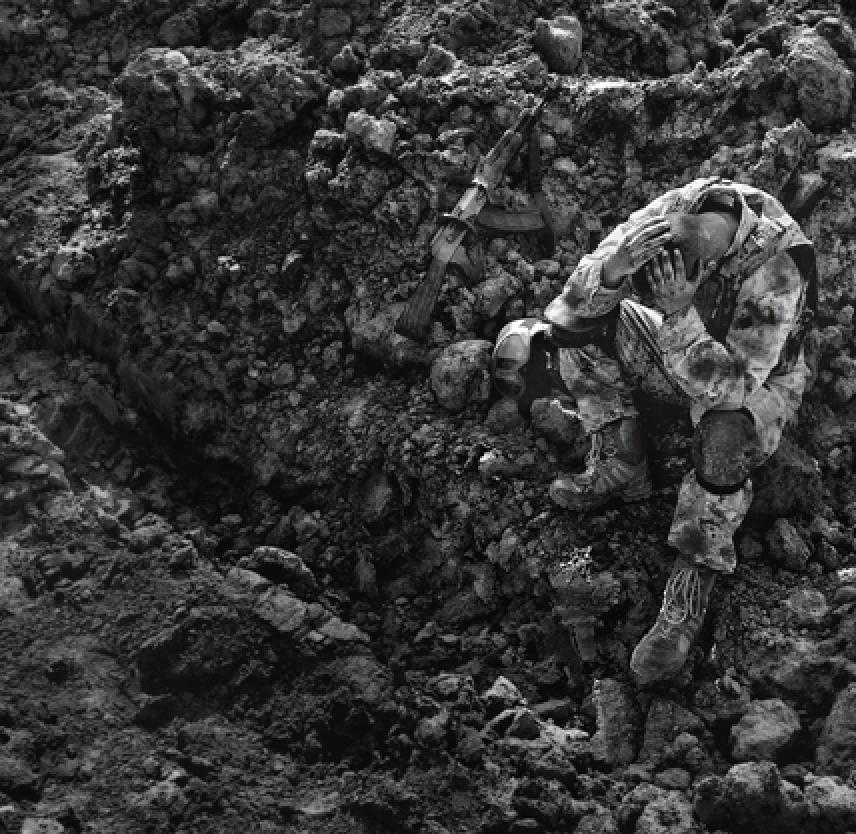 Related Content:
TBI and PTSD: Navigating the Perfect Storm
Marriage Tips for Families Living with TBI and PTSD
What Parts of the Brain Are Impacted by PTSD?
Treating PTSD with Medicines
Cognitive Behavioral Therapy as Treatment for PTSD
Understanding PTSD Treatment

It’s easy to confuse post-traumatic stress (PTS) and post-traumatic stress disorder (PTSD). In addition to sharing similar names, there’s considerable overlap in symptoms between the two conditions. Both PTS and PTSD are associated with feeling fearful and/or nervous, avoiding the activity or place associated with the traumatic event, and nightmares. However, there are significant differences in symptom intensity, duration, and treatment.

PTS is a common, normal, and often adaptive response to experiencing a traumatic or stressful event. Common occurrences, like car accidents, can trigger PTS as well as more unusual events like military combat or kidnapping. Almost everyone who experiences a scary situation will show at least a few signs of post-traumatic stress. That’s because our brains are hard-wired to tell our bodies to tense our muscles, breathe faster, and pump more blood when we’re under intense stress. This is the “fight-or-flight” response that prepares your body to deal with a threat or challenge in the environment by pumping more blood and oxygen to your muscles, and it shuts down non-critical functions like digestion. This fight-or-flight response is a normal reflex during and sometimes even after a traumatic event, which is why PTS is considered a normal reaction and not a mental illness.

If you’re experiencing post-traumatic stress, your heart may race, hands shake, you may sweat or feel afraid and nervous. After the stressful event, you might avoid or be leery of engaging in that activity again, you may have a bad dream about the event you just experienced, or you may feel nervous in a situation that reminds you of the unpleasant event. Although they can be momentarily intense, symptoms of PTS usually subside a few days after the event and won’t cause any prolonged meaningful interference with your life. One positive outcome of experiencing PTS may be that you behave more carefully in a potentially dangerous situation in the future.

Since post-traumatic stress is not a mental disorder, treatment is not required as the symptoms will likely improve or subside on their own within a month. However, you should talk to a healthcare provider if you feel troubled by your symptoms — if they’re interfering with your work, school, or relationships or if you’re engaging in reckless behavior such as drinking or using drugs to cope with symptoms.

PTSD is a clinically-diagnosed condition listed in the Diagnostic and Statistical Manual of Mental Disorders, the recognized authority on mental illness diagnoses. The fifth revision, released May 2013, includes the latest diagnostic criteria for post-traumatic stress disorder.

Anyone who has experienced or witnessed a situation that involves the possibility of death or serious injury, or who learns that a close family member or friend has experienced a traumatic event, can develop post-traumatic stress disorder, although most people don’t. It’s still not completely understood why some people who are exposed to traumatic situations develop PTSD while others don’t.

Common symptoms of post-traumatic stress disorder include reliving a traumatic event through nightmares, flashbacks, or constantly thinking about it. You might avoid situations or people that remind you of the event, have only negative thoughts or emotions, and constantly feel jittery, nervous, or “on edge.” Although some of these symptoms sound similar to PTS, the difference is the duration and intensity. Symptoms that continue for more than one month, are severe, and interfere with your daily functioning are characteristic of PTSD.

Behaviors that indicate professional intervention is needed may include drinking or smoking more than usual as attempts to reduce anxiety or anger, and aggressive driving. Service members who have experienced combat can be especially nervous driving under overpasses and past litter on the roadside — behavior learned in Iraq and Afghanistan where insurgents hide improvised explosive devices in garbage and use overpasses to shoot at vehicles. Other behaviors that indicate that help may be needed can include being wary of crowds, showing reluctance to go to movie theaters, crowded stores, or nightclubs, and avoiding news that addresses overseas combat or getting angry at the reports.

Certain medications and therapies are widely accepted by healthcare providers as effective treatments for post-traumatic stress disorder. Sertraline and Paroxetine are two medications the U.S. Food and Drug Administration approved for treatment. Trauma-focused psychotherapy techniques such as prolonged exposure therapy and cognitive processing therapy have also been proven to be effective and widely used.

To learn more about PTSD:

Dr. James Bender is a former Army psychologist who deployed to Iraq as the brigade psychologist for the 1st Cavalry Division 4th Brigade Combat Team out of Fort Hood, Texas. In his current position, Dr. Bender is a subject matter expert for the PTSD Clinical Pathways Program, which is developing a pathway to treat PTSD that will be implemented across the Department of Defense.

PTSD can also cause memory problems, psychogenic seizures, reckless behavior and hypervigilance.
I went to the VA for relief and was prescribed Paroxetine. It did not help with my symptoms but caused me to be reactive and eventually uncharacteristically violent.
It has also been associated with atrophy of the hippocampus.

This post was a while ago so let me know please if you still feel the same way or have discovered something amazing that keeps you going.

This article seems and the dsm 5 seems to focus more on the thoughts and emotions without quite capturing the physical symptoms. Exactly 2 weeks being put under general anesthesia for a surgery I began a several month battle of reliving everything my body experienced while “asleep.” I was put on sertriline and a beta blocker at my request. I’m not sure if it helped in the long term but added to the intrusive thoughts, anorexia, and dissociative feelings in the short term.

Anonymous: My son was brutally murdered in front of the house and i can't stop thinking about it, i feel empty. Dont know what to call what I'm feeling but it effects everything.

I am so sorry to hear that. Loosing a child is bad enough but to have them brutally murdered must be horrible. My son died because of a medical issue and he was 18. This was 8 yrs ago and Although you will never forget, in time it gets easier but you need to see a counselor or therapist. Maybe even group therapy or support groups. It helps talking about it. I hope this helps you. God Bless.

I don't feel like this article really discussed what PTSD is compared to the PTS. I felt like it mostly discussed what it's possibly like for a vet but not the general aspects of it for any person with it. I would of like more generalized information.

A couple if years ago i was diagnosed with a mild case of ptsd related with my past. I still feel fear, anxiety, depression and other thoughts. I cannot afford to pay to see someone. Are there free clinics to see someone in the Lynn, Mass area?

Along with medication, both PTS and PTSD are treated effectively with Eye Movement Desensitization and Reprocessing and its very methodical approach going step by step.  It is a priority to identify and process Trauma's deepest roots, those that originated in childhood and were carried into adulthood and onto the battlefield.  Same with MST.

if i live in any of the citys in the us we experance pts and ptsd on daily bases and thats why black kids fall more then any other race. if u go to a black kidney graden ask if any of them witnes killing or do they have family in jail or been killed. please do not answer with out asking them