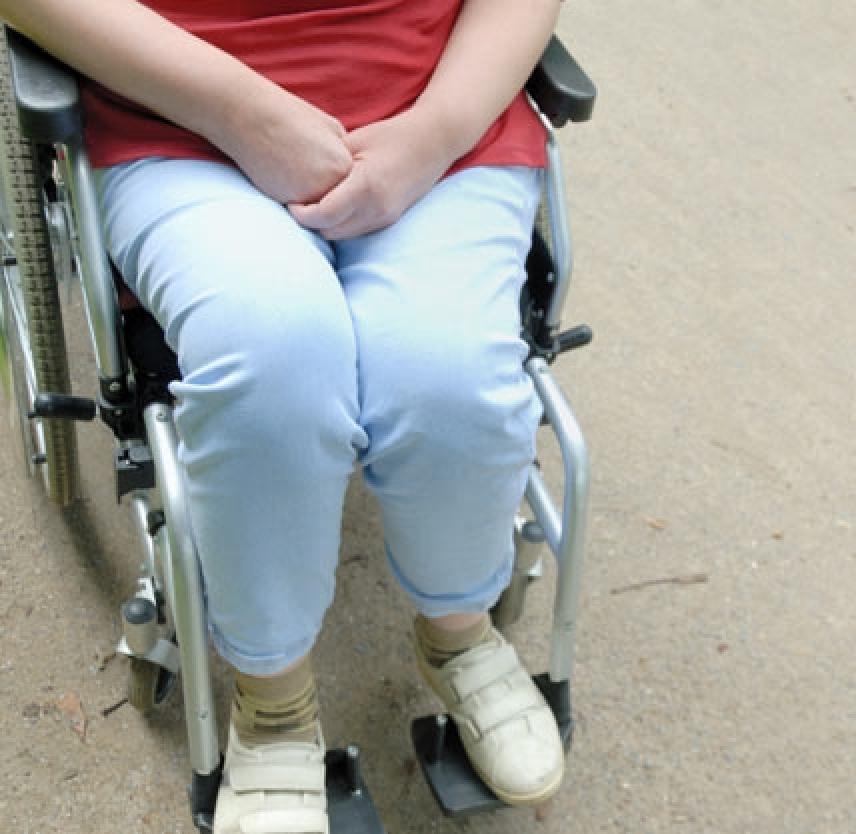 Related Content:
What is the Course of Treatment Post-TBI?
Invisible Wounds of War: Psychological and Cognitive Injuries, Their Consequences, and Services To Assist Recovery
Behavior and Personality Changes After TBI
Brain Injury Dialogues: Introduction

The aim of TBI Research Review is to summarize current research on traumatic brain injury (TBI), offer suggestions for future research planning and suggest application of research findings to clinical practice and policy. The focus in this second issue is on Unidentified TBI

Millions of people have experienced a traumatic brain injury (TBI), but they are unaware that TBI is the underlying cause of problems they subsequently experience, such as poor memory, difficulties in learning and behavioral changes. These individuals had a blow to the head, were dazed and confused, perhaps even lost consciousness, perhaps got medical attention and then went on with their lives. They thought once the headaches or dizziness went away all would be fine, but they didn't notice that all was not right.

Or, they did notice but didn't identify the source of their problems as the brain injury. The result is that they have substantial, persisting cognitive, behavioral and social difficulties - seemingly out of the blue - with no explanation and nowhere to turn. And, as we discuss below, because of the lingering challenges they face, individuals who have sustained brain injuries are at very high risk of social failure. The need to identify people with "hidden TBI" and address their challenges, to prevent social failure, is the subject of this newsletter.

We illustrate the problem of unidentified TBI with the experiences of two people:

The Many Reasons for Hidden TBI

How can it be that brain injury can remain hidden to the person? Hidden TBI occurs when the link between an injury to the brain and associated problems is unclear. Like in the case of Tim, who sought medical help, health professionals may fail to provide adequate guidance on the possible consequences of injury. Or, TBI may remain hidden if the blow to the head does not send the person to the hospital but is a repeated part of life, as in people who are physically abused or get into repeated fights. In these cases, the effects of the brain injuries may accumulate gradually and never are viewed as a consequence of recurring trauma. Or, hidden TBI may occur when the period between a blow to the head and the emergence of problems is lengthy - such as in many childhood brain injuries. Or, the injured person may be positively reinforced for not seeing cause-and-effect, for example, professional athletes whose continued livelihood depends on not noticing the effects of repeated concussions. There are many other reasons that TBI may remain hidden. Thus, there are many people like Tim, who, as a result of their unawareness, fail to seek and get the services and help that they need. Without such help, they remain at increased risk for social failure - which we discuss below.

How Big a Problem Is This?

How many people are likely to have a hidden TBI? The numbers are huge. But, the numbers are imprecise, for two reasons. First, with a few exceptions, incidence surveys of TBI only count people hospitalized or seeking care in an emergency department. But hidden TBI is to a large degree not a phenomenon of people who have sought care. Second, most people who experience a "mild" brain injury -- whether they get care or not -- recover fully 1 , so they go on with their lives quite nicely -- and these lucky ones are not part of our concern. So, estimates of "hidden TBI" that places people at risk for social failure must take these two facts into account.

We can begin estimating the numbers of people with hidden TBI in the U.S. by starting with the population of those with known TBI. The 1998 NIH Consensus Statement on TBI 2 estimates this number as 2.5 - 6.5 million people, while the Centers for Disease Control places the number at 5.3 million (2 percent of the U.S. population) 3. These large numbers of people with known (not hidden) TBI need to be multiplied, because research suggests 4,5 that, for every person hospitalized with a brain injury, 3-5 others who are injured do not receive any care at all (these are the children on the playground, the battered women, much of the hidden TBI population). Thus, given the number of those with known TBI and those who go untreated 4,5, the full population of those injured could exceed 30 million people, with the number of those with TBI-related problems that don't "heal themselves" somewhat smaller. In a population-based survey, Silver and colleagues 6 found 7 percent of those surveyed (in a typical U.S. community) reported a brain injury with continuing challenges.

TBI is strongly associated with multiple, often overwhelming, challenges that can undermine the person's efforts to live a healthy, productive life. Combined, these challenges often result in the person with TBI becoming a "social failure". At the extreme, Lewis and colleagues 7 found that all of the inmates they interviewed on death row had experienced one or more TBIs. Among prisoners in general, estimates of TBI range from 42 percent to 87 percent 8-10 , with most of these brain injuries preceding the start of criminal activity. TBI is also common in inpatient psychiatric populations, and, similarly, the TBI usually precedes onset of psychiatric symptoms 11-12. TBI is associated with high levels of depression and anxiety 13 and those with TBI attempt suicide four times more often than those with no brain injury 6. Additionally, those who are severe substance abusers often have a history of early TBI 14,15. Simpson and Tate 16 found suicide 21 times more likely in those with combined TBI, substance abuse and major depression. Finally, children with TBI are at increased risk for social failure as they mature into adulthood. TBI in children is associated with poor academic performance 17 as well as problem behaviors 18. Glang and colleagues 19 estimate that 130,000 U.S. children need special education classes because of TBI, but that, in fact, only 11 percent are currently enrolled. These children truly remain "hidden" to their schools.

Large numbers. Large problems. Why haven't we done better in finding children with TBI and educating them appropriately or in identifying and assisting adults with TBI before they become residents of psychiatric and penal institutions? A primary explanation is that our understanding of both the risk for social failure that TBI may trigger and the estimated size of the population of people with hidden TBI is relatively recent 6,20. Now that we recognize that a sizable, life-wrenching problem exists, we need to begin screening to find people with hidden TBI. Once identified we can bring to bear appropriate interventions to assist them in avoiding the major risks described above and in achieving the kinds of goals that often are out of reach because of TBI's cognitive, emotional and behavioral consequences.

How does one screen for TBI? We developed the Brain Injury Screening Questionnaire (BISQ) to address this need, the only such instrument of which we are aware 21. The BISQ is structured to first review the kinds of situations in which a brain injury can occur, with the idea that memory of perhaps long-ago events is aided by reviewing specific examples (e.g., "on the playground", "falling down stairs") 22. If a blow to the head has been experienced, respondents are asked to recall whether they experienced being dazed and confused or a loss of consciousness. If the answer is yes, they self-report on 100 symptoms commonly found after TBI, which were adapted from existing lists 23-24.

For those individuals with no blows to the head associated with changed mental status, the BISQ takes about 5 minutes to complete. For those who have been injured, administration time is longer, allowing for review of the 100 symptoms. This final step is critical, as most people who experience brain injuries appear to fully heal, having no negative consequences in their daily lives. However, about 15 percent of people, even those with relatively mild injuries, experience persisting, highly disruptive symptoms that do not "go away" 1. Thus, identifying the functional changes that this 15 percent continues to experience following the blow to the head is critical in making a determination of whether the person screens positive or negative.

To screen positive, current difficulties in functioning reported must be numerous and similar to those of people with a known brain injury. Our research suggests that when individuals who are being screened complain of the same symptoms experienced by individuals with a known TBI, they are likely to have a hidden TBI and that the likelihood of TBI is higher when many complaints fall into the cognitive category 25. If this type of pattern occurs, a recommended next step is to refer the person for neuropsychological testing to confirm the outcome. In the absence of such testing, the report that summarizes BISQ data nevertheless provides a wealth of information to help direct actions and accommodations to assist the person with a possible or probable brain injury.

The BISQ has been used in screening people who do not identify themselves as having a disability. In one study, we found that 7 percent of a group of "non-disabled" college students screened positive for brain injury: they had experienced a blow to the head, loss of consciousness and large numbers of continuing TBI-related problems. In a second study, the BISQ was used with schoolchildren, finding that 9-10 percent of children in New York City schools in neuropsychological testing give evidence of having had brain injuries 26. The BISQ also was used to screen individuals in drug abuse treatment programs in New York State; about 50 percent of those screened were found to have had probable brain injuries 13. Those who screened positive were more likely to have had multiple admissions to substance abuse treatment programs and had more mental health diagnoses, suggesting that they were more difficult to treat. The BISQ is also being used on a pilot basis to screen children being referred for special education in Denver. Preliminary analysis of their data suggests about 40 percent of this group have had a TBI.

The BISQ is currently available in a paper-and-pencil version, which is mailed to Mount Sinai for electronic scanning and computer scoring, with a report generated and mailed back indicating the probability of each person screened having experienced a TBI. A second version - password-protected and web-based, which provides the report directly to the user - is under development. Anyone interested in obtaining more information about the BISQ should contact Dr. Wayne Gordon wayne.gordon @mssm.edu.

In summary, many studies demonstrate that hidden TBI is a sizable contributor to many forms of social failure. The cognitive problems people experience are often the trigger for social failure. Inexplicably, cognitive rehabilitation treatments are frequently limited or excluded from insurance coverage altogether 27. Hidden TBI is a heavy burden for the individual who is injured, but the costs to society, estimated at $60 billion annually, are also draining 28. If we realize that identification is possible, what steps must be taken to reduce its impact?

Now is the time to take action to prevent the secondary disasters that befall many people who have had brain injuries but are unaware that these past traumas may be slowly draining away possibilities for a healthy, productive future. People with hidden TBI can be identified and should be provided with the appropriate care to meet their needs.

The NYTBIMS is supported by the National Institute on Disability and Rehabilitation Research, U.S. Department of Education, Grant No. H133A021918.