TBI: Fitting the Pieces Together

US Medicine Institute for Health Studies 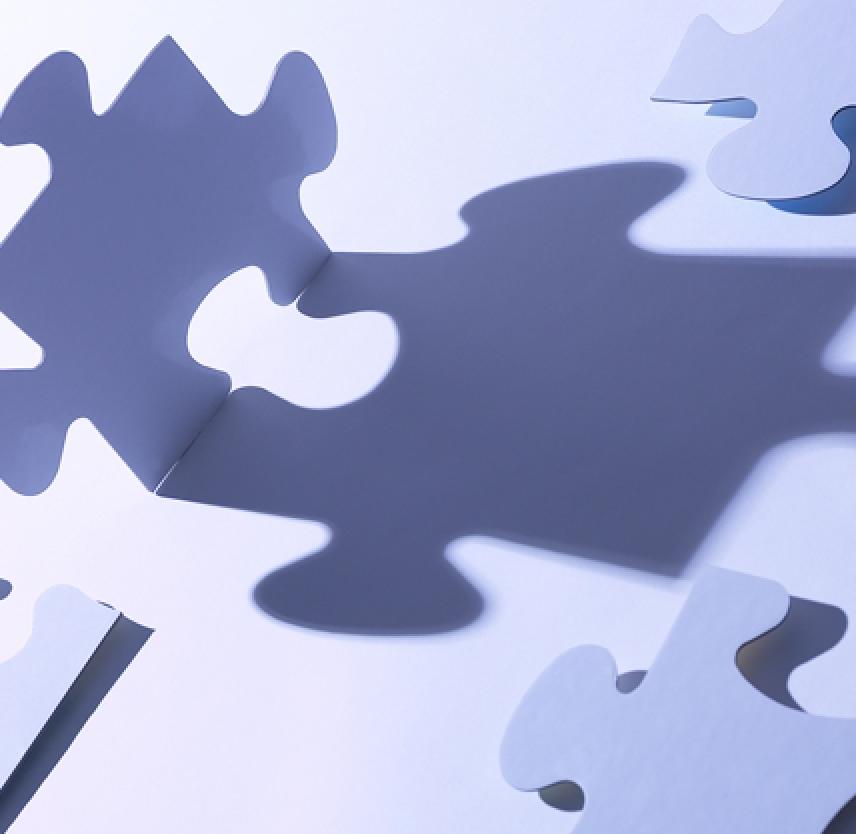 Traumatic brain injury (TBI), the “signature” injury from the war in Iraq, presents a puzzling challenge for all involved — from affected service members, to families, to clinicians, to researchers, to federal agencies, to Congress. Particularly enigmatic is mild to moderate TBI, in which symptoms can be hidden or delayed, diagnosis is difficult, and optimum treatment remains undetermined.

The exposure dose for mild TBI has not been characterized, and variation in individual response confounds this fuzzy picture even further. Some wounded personnel undoubtedly return to duty without knowing they have been injured, perhaps only to suffer further brain trauma.

While numerous programs are being undertaken to parse mild TBI and its consequences — and to deal with them — their relationship to each other often is not clear. In an effort to assess how the varied pieces of the TBI puzzle might “fit together” more productively and with greater benefit for affected individuals and families, the nonprofit U.S. Medicine Institute for Health Studies convened a roundtable discussion involving representatives from federal agencies, congressional staff, professional associations, academia and beneficiary groups.

The bottom-line message to emerge from the discussion: While progress is being made, much remains to be accomplished — education for families and clinicians who deal with the initial signs of mild TBI, development of better diagnostic criteria and tests, research into new ways of addressing mild to moderate TBI, and more substantive collaboration.

Recommendations made during the roundtable include:

More partnering is needed between the Defense Department, the Veterans Affairs Department, and the National Institutes of Health

The decision as to when a patient should transition from DoD to VA care is a difficult clinical line to draw and one that needs to be better defined collaboratively. Help for families is crucial; an estimated 50 to 60 per cent of spouses of braininjured patients suffer from depression themselves.

NIH participants noted they do much research of potential relevance to TBI — the impact of injury on the developing brain, neuroprotection, using stem cells to restore function — and offered to partner with VA and DoD in such efforts. “Let’s leverage and coordinate our resources.”

Some rule changes are needed

Once an injured service member leaves active-duty, he or she incurs copays under Tri-Care — which is seen by troops and families as inherently unfair. It was suggested that legislation be enacted to allow VA to serve as a second payor under TriCare.

Another recommended change would be to allow VA greater flexibility in caring for family members of veterans.

Beneficiary groups want to see an “umbrella” of benefits based on need, not active-duty or veteran status. This “umbrella” should be invisible to patients and families. “We don’t care who signs the checks; we were told we would get the best care, period,” one noted.

It also was proposed that family members be compensated as work therapy providers.

VA uses telemedicine to link providers and patients dealing with TBI injuries. A project by the Army Medical Research and Materiel Command, in collaboration with the National Academy of Engineering, is built around a “systems engineering” approach to the TBI patient. One nascent project will focus on access to care through technologies trendy with young adults, such as iPhones and You Tube clips.

VA uses telemedicine to link providers and patients dealing with TBI injuries. A project by the Army Medical Research and Materiel Command, in collaboration with the National Academy of Engineering, is built around a “systems engineering” approach to the TBI patient. One nascent project will focus on access to care through technologies trendy with young adults, such as iPhones and You Tube clips.

The war in Iraq is the first major conflict to be fought by an allvolunteer force. In previous wars, those injured were shipped home; in the Iraq conflict, many of those injured want to remain on active duty — something their commanders wish as well. This complicates the transition between DoD and VA care.

The large number of National Guard and Reserve personnel serving in Iraq is another paradigm change from previous conflicts. Many Guard and Reserve members live in rural areas, making it difficult to follow them and provide care for symptoms that may emerge months after their return. “Guard and Reserve with repetitive mild injuries may be most at risk.”

An estimated 70 to 90 per cent of mild TBI cases improve without intervention, and an estimated 70 to 80 per cent are able to return to duty. But, without better clinical markers, determining which safely can do so is uncertain. Identifying those at risk and enrolling them in a registry would enable the epidemiologic studies for making such evaluations.

A program begun at Ft. Campbell, Ky,. provides a baseline neuropsychiatric screen for troops heading to Iraq; the same screen will be administered post-injury, to determine if cognitive deficits can be detected.

The Defense and Veterans Brain Injury Center (DVBIC) at Walter Reed is a collaborative program between DoD, VA and a civilian contractor that engages in clinical care and research activities across multiple sites (http://www.dvbic.org/) for a range of TBI injury, from severe to mild. The VA operates four polytrauma rehabilitation centers designed to treat multiple types of injuries and cross-staffed with military medical professionals — in Richmond, Tampa, Minneapolis, and Palo Alto — and is planning a fifth in San Antonio. Seventeen additional VA network sites are not as sophisticated but can provide multidisease care closer to a veteran’s home (www.polytrauma.va.gov).

Many of those wounded in Iraq have a range of injuries, from limb loss to severe TBI to PTSD, in various combinations. The number of mild TBI cases remains unknown, however, and herein lies the challenge. Some roundtable participants said current efforts to deal with TBI focus too heavily on inpatient care in DoD and VA centers and do not sufficiently involve civilian outpatient settings, where many patients initially will be seen.

With DoD and VA together spending $200 million a day on medical care, there is much that can be done, participants noted.

Participants in this roundtable:

The roundtable was moderated by Rick Erdtmann of the Board on Military and Veterans Health at the Institute of Medicine. USMI Managing Director is Nancy Tomich (www.usminstitute.org). The roundtable was sponsored by TriWest Healthcare Alliance.

From the US Medicine Institute for Health Studies. www.usminstitute.org