PTSD, Stigma, and My Uber Ride 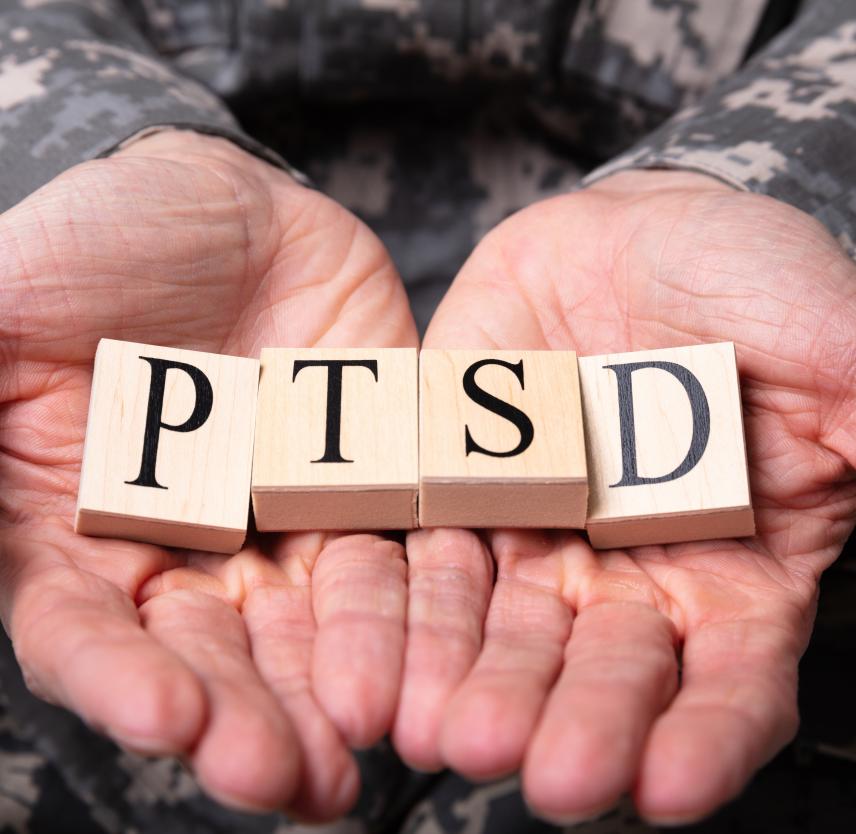 Related Content:
Caring for a Veteran with PTSD: What Do You Need to Know

Until the coronavirus outbreak, I traveled quite extensively in my role at Wounded Warrior Project (WWP), and taking an Uber to and from airports has become second-nature for me. I often use the time in the back seat to answer emails, send texts, and occasionally engage in superficial small talk with the driver. On my last trip, something unexpected happened.

After my driver asked me what I did for a living and found out I support the mental health programs at WWP, the discussion moved predictably to the topic of post-traumatic stress disorder (PTSD). It’s telling in and of itself, that working for Wounded Warrior Project generally leads to a discussion of PTSD — that somehow, the totality of veteran issues is PTSD. As I usually do, I automatically rattled off statistics and symptoms but was soon interrupted by my driver, who said something disturbing enough to elicit my full attention and focus.

“Let me ask you something. Why can’t they just snap out of it?”

Her question both shocked and reminded me of just how deeply ingrained misconceptions, stereotypes, and biases regarding PTSD and veterans are in American culture.

WWP is actively engaged in challenging the national discussion around PTSD and working to de-stigmatize the act of seeking mental health care. We do this through public service announcements, op-eds, conferences, congressional testimonies, television appearances, psychoeducation, and other public forums. Sitting on worn leather seats in the back of the white Dodge Grand Caravan, I realized just how important this interaction could be — how critical it is to engage in individual discussion on PTSD. After all, she had to get these ideas from someone and would likely spread these highly stigmatizing messages. Individual discussions are never isolated; they tend to be shared with others. So, the individual discussion that I was about to take part in would influence and affect more than just the two of us. It had the potential to be discussed over a meal with family or friends.

My kind-hearted, soft-spoken, polite driver was not trying to provoke me into an argument. Nor was she mounting an insidious assault on veterans. But clearly, she genuinely believed that veterans’ reaction to combat trauma was a choice and that their symptoms could be alleviated with a simple decision. She sincerely believed that those experiencing PTSD should be able to “snap out of it” and quash those symptoms.

After realizing that she was genuine in her statement, my initial response was to provide facts. For 10 minutes, I informed her that PTSD is not a civilian or military issue but rather a human issue and the brain’s natural response to trauma. I continued to tell her that service members tend to suffer disproportionately from PTSD because they experience a higher frequency of exposure to potentially traumatic events. After discussing the debilitating symptoms of PTSD, I told her of the negative impacts of isolation, co-occurring conditions, and the barriers veterans and all Americans face in seeking mental health care.

As we continued our drive to the airport, I also told her that PTSD can be treated, and we are finding that intensive outpatient programs are able to dramatically reduce PTSD symptoms within a few weeks. Through intensive outpatient programs, veterans typically leave with mild or minimal symptoms, after arriving with severe or moderate PTSD symptoms. I thought I was convincing her, enlightening her on the truth of PTSD and its debilitating effects. The more knowledge and facts I provided, the more secure I was in my assumption that I was actively challenging her biases and defeating stigma. However, her next response told me differently.

“Yeah, but shouldn’t they be able to snap out of it? I mean, it is their choice to keep those symptoms, to suffer?”

That is when I realized that while knowledge is essential to challenge stigma and biases, the delivery of that knowledge is critical. We often say that treatment for PTSD works, but that treatment doesn’t work the same for everyone. Likewise, education and knowledge work in challenging stigma and biases, but that same information does not work the same for everyone. The key is not to simply state facts and statistics, but to engage in conversation — to connect those facts and challenges through shared experiences. To anchor those abstract concepts of PTSD to a life experience and make them real and relatable.

I asked her if she had ever been sick, if she had ever had a severe case of the flu. She confirmed that she had and proceeded to describe being bedridden for several days and felt like she was dying. For the next few minutes, we spoke about how debilitating those symptoms and illness had been for her — how she couldn’t think of anything but staying in bed and trying to breathe through her congestion. She spoke of the frustration she felt because she wasn’t getting better and the relief she finally felt as the prescribed antibiotics began to reduce her fever and symptoms.

“Why did you take that medication?” I asked.

“What do you mean? To feel better, obviously,” she said.

And that is when I connected with her. Not with facts and statistics, but when I was able to connect a personal experience with the experience of those who have PTSD. I continued telling her that the symptoms she felt of despair and fatigue were her body’s natural reaction to the virus she had encountered. And just like the flu, PTSD is the body’s natural response to a traumatic event. I told her the body and mind respond to trauma just like her body had responded to the flu virus.

At that point, she was silent for a few minutes before confirming that made sense to her. She told me she understood she couldn’t wish her fever away, and that it took a medical intervention to address her symptoms and make her feel better. That’s when I knew I finally connected — not by talking to her but rather speaking with her. That is when she realized that just like she was not able to wish away her symptoms, those who have PTSD cannot simply wish those symptoms away; they have to seek treatment to become well.

A few minutes later, she dropped me off at the airport and thanked me for the conversation. I thanked her for being willing to have the discussion. As I picked up my bags and stepped over the curb, I thought about how many other similar conversations I’ve had on PTSD and wondered how often I’ve failed to connect while assuming I had. I also wondered how often the entire medical community assumes successful communication —that somehow stating statistics and facts equals understanding.

This ride taught me that we need to be very intentional about communicating with different audiences and individuals. We need to meet them where they are and on their own terms. I realized I had more often been speaking to people instead of with them, and have been assuming they got the message. I realized that sometimes even well-intentioned dissemination of data, whether it is to your Uber driver or a JAMA article showing empirically supported treatment for PTSD may not be effective, may actually enforce those stigmas or misunderstanding. Sometimes we have to put down the statistics, the data, and simply have a conversation — a human interaction about a condition that affects people.

Editor’s note: This is an Op-Ed and as such, the opinions expressed are those of the author. If you would like to respond, or have an editorial of your own you would like to submit, please contact Military Times managing editor Howard Altman, haltman@militarytimes.com.