Naked mole rats, frogs and other animals may hold the secrets to preventing brain injury 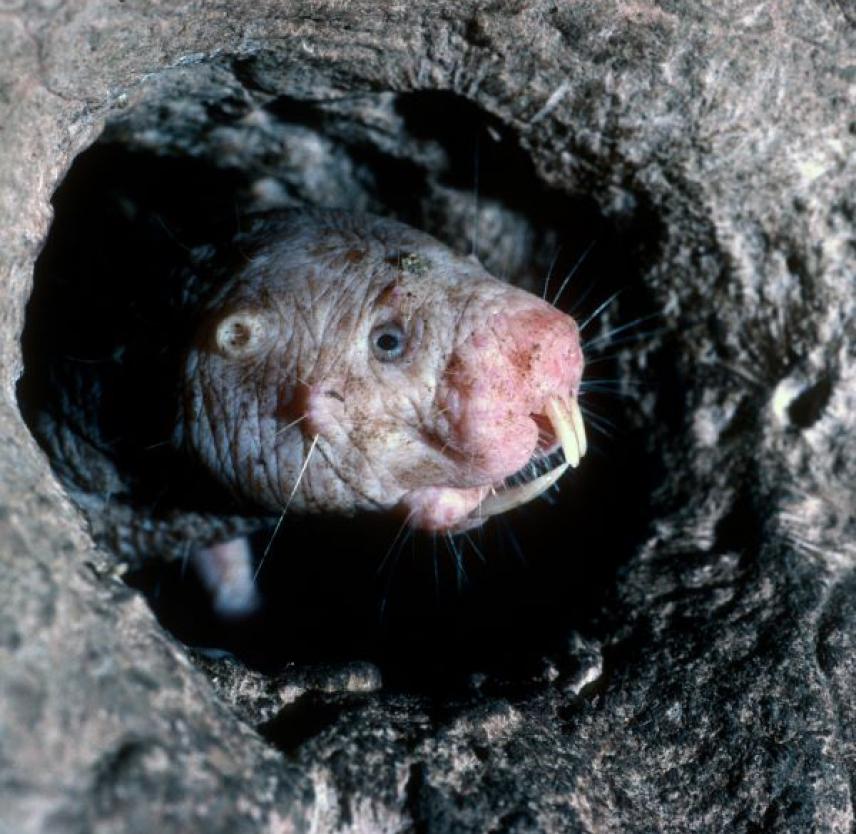 The brain is the organ that orchestrates all the diverse functions and complex decisions that take place in biological systems. Despite its critical nature, it is equally as fragile: the neurons that make up the brain do not regenerate like many other cell types.

While cells found in many other organs constantly divide to replenish themselves or heal in case of injury, neurons do not divide and therefore cannot regenerate upon death. Injuries involving cell death in the brain are severe and often long-lasting — think concussions, strokes and head trauma.

It is of vital importance to protect the brain from damage and stresses than can lead to cell death. To uncover mechanisms by which we can protect these crucial cells, we look to nature. Amazingly, many organisms have evolved to live through periods of harsh conditions such as low oxygen, dehydration and freezing temperatures: these conditions would be lethal to a human brain, and yet these animals show no damage to their own.

Generally, for animals to survive these periods of stress, they must induce a state of hypometabolism. Hypometabolism, or hypometabolic states, occurs when organisms shut down certain biological processes which are not immediately necessary for survival.

Some examples of animals which use hypometabolism include ground squirrels and bears, which hibernate, frogs, which freeze solid over the winter, and snails and certain frogs, which estivate (enter a state of dormancy) to survive periods of drought.

So, what exactly are the details of hypometabolism, and how does the brain use it to survive? Hypometabolism is a network of various molecular parts and processes that need to work together to achieve a global result: think of an orchestra symphony where the different instruments, notes and sections contribute to a whole.

MicroRNAs are short, single-stranded RNA molecules that target and attach to messenger RNA (the instructions for making a functional protein) to destroy them and prevent the protein from being made. This allows the protein to be switched off without actually changing the gene that codes for the protein to begin with. This allows microRNAs to change the expression of many different genes which could help brains survive.

By looking at the levels and types of microRNA found in the brain tissue of a variety of animals, our research has been trying to shed light on how these molecules make changes to gene expression and promote the survival of neurons through extreme conditions.

One of the animals we study is the wood frog, Rana sylvatica, which can survive being completely frozen for extended periods without incurring any brain damage.

When tissues go through freeze-thaw cycles, they have to deal with ischemia: reduced or halted blood flow to a tissue. In humans, this commonly occurs alongside strokes and causes severe damage, often resulting in the death of large groups of cells. To prevent damage during ischemia, cells have to undergo vast metabolic changes.

Our research suggests that microRNAs could be involved in providing neuroprotection from ischemic brain injury.

Another study we conducted found 12 microRNAs that were downregulated (fewer microRNAs in dehydrated brains than in “normal” brains) in response to extreme dehydration in the African clawed frog, Xenopus laevis. The data suggested that microRNA had a specific role in the frog brain’s response to dehydration - a response that could involve cell death and/or an important protein called brain-derived neurotrophic factor. This protein is involved with learning, memory and aging: all of which are affected in human brain injury.

Indeed, further analysis of the downregulated microRNAs showed that they were likely involved in regulating a pathway which may be responsible for memory and learning. These findings show us that microRNA is a key element in the regulation of metabolism in response to environmental stress.

Additionally, we found that in naked mole rats, microRNAs play important roles in coordinating neuroprotective defences which contribute to the tolerance of hypoxia (reduced oxygen). Eighteen different microRNAs were found to have levels that differed significantly in brain tissues subjected to hypoxia, compared with brain tissues held at normal levels of oxygen. Further analyses revealed that these microRNAs had an active role in suppression of energy-expensive processes such as protein production and cellular proliferation.

Our research found that the changes in specific microRNA can be linked to increased activity in neuroprotective pathways. Clearly, these microRNAs are important for maintaining the brain and future research could seek application in human medicine.

If we can understand how animals use microRNA to implement large-scale changes to neural tissues and prevent brain damage, perhaps we could someday learn to apply them in other situations. Understanding how to implement these microRNAs in humans could lead to new therapies. It has the potential to be revolutionary in terms of prevention of brain damage and many other types of tissue damage.

An interesting way that microRNAs are currently being applied in the medical industry is in treatment of genetic diseases and pathogenic conditions (diseases caused by microorganisms). Several microRNA targeted therapeutics have reached preclinical and clinical trials. These therapeutics are being developed for a wide variety of conditions such as cancers, diabetes, hepatitis and more.

Another interesting avenue that this research could explore would be to unlock hypometabolic states in humans. If we could enter a state of pseudo-hibernation without any damage to the brain — suspended animation, if you will — then we could potentially extend lifespans.