Making It to Level Eight, At Last! 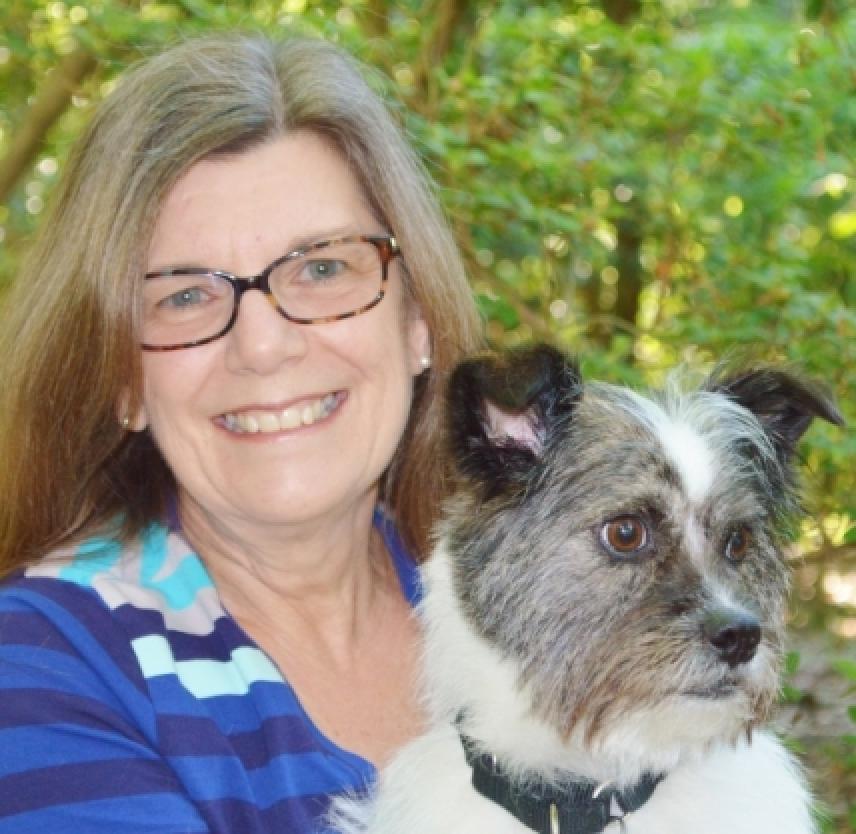 Because I was injured in a motor vehicle crash in 1977, when I was 22 years old, I never received cognitive therapy after my brain injury. In fact, no one in the hospital even called it a brain injury way back then.

If they had used the Rancho Los Amigos Scale of Cognitive Functioning to describe my recovery, the eight-level scale that is commonly used in hospitals today, I would have moved from a Level I “No Response” and on through Levels II, III, IV, V, and VI, exhibiting levels of confused, agitated, and inappropriate behavior, until I exhibited appropriate but automatic behavior at Level VII.

But no one was working with my cognitive state. No one, including me, knew I had a brain injury.

After five and a half weeks, when my wounds were patched up, the doctor sent me away to live the life I had expected to live — and I expected a lot because I was a new college graduate, ready to take on the world! But a funny thing happened: I couldn’t do what I expected to do. I did impulsive and unreasonable things instead. I dropped out of graduate school, then started again, and then changed careers three times. I changed jobs, lost jobs, divorced a husband, and lost friends.

Twenty-seven years later, in 2004, when I was so angry and frustrated that I plotted suicide, a neuropsychologist finally gave me the good news: I wasn’t crazy, I was just brain injured! Knowing there was a name for what I had was such a relief. I started to read up on brain injury and saw a neurologist. Medications helped, so once again I tried to get on with the life I had expected, even though I was getting some of the same negative messages.

When my father had a stroke in 2009, I suddenly saw my thinking problems mirrored in him. I was eager to go with him to speech-language therapy sessions, helpful therapy I had never heard of before. I was fascinated that someone, a speech-language pathologist (SLP), was trained to help people understand how their brain controls all aspects of communication. The brain gives us speech and movement and personality!

I decided then and there, at the age of 54, that I would learn how to be an SLP so I could help people like my father and me repair our damaged thinking skills.

At first, the course work was fascinating! But in addition to classes, preparation for this degree required clinical practice rotations which challenged my slow processing speed and executive functions, problems that frustrated me, but problems I didn’t completely understand were problems.

In my third clinical practicum, I worked with adults in an outpatient rehabilitation clinic with an SLP supervisor who specialized in cognitive-communication rehabilitation. For the first time, I came face to face with patients with brain injury to assess and treat their damaged thinking. Damaged thinking! I was seeing people like me! It hit me hard. Earlier, I had cried during some of my course work, when reading about upper motor neuron damage and the symptoms of brain injury including impulsivity, forgetfulness, and fatigue that described me. But now I was seeing other people, seeing the slow processing, poor reasoning skills, and, most importantly, their lack of awareness about what it means to be a person with brain injury.

I cried more than once during my clinical practicum. My supervisor listened and said something about still living with the residuals of that long-ago crash. Diffuse axonal injury. Executive dysfunction.

My last clinical rotation was at a VA Polytrauma Center where we served members of the military who sustained brain injuries along with a plethora of other injuries to bones, organs, and systems. During this time, I learned about the Rancho Los Amigos Scale of Cognitive Functioning. It was posted in the conference room where we held team meetings. There, we reviewed each patient and, as a group, assigned one of the eight Rancho levels to him. While most of our patients were at lower levels, indicating they were in a coma or in a state of post-traumatic amnesia, my eyes drifted to the higher numbers. Even at the highest level, Level VIII, the person with a brain injury still had a brain injury. They don’t go away.

Most importantly, I noticed the difference between Level VII and Level VIII. At Level VII, the person is not able to comprehend how cognitive changes affect their ability to work and relate to others as they had before. At Level VIII, the person with brain injury acknowledges their residuals; they use compensation strategies and are able to live a “Purposeful, Appropriate” life.

When my clinical supervisor pointed out to me that I might not be able to do the nimble work of an SLP, it dawned on me slowly but surely. I had to live with my residuals, including both physical and cognitive differences. They limited what I could expect to do, something I had not been willing to acknowledge before.

And slowly but surely I let go of my unrealistic expectations. I stopped beating myself up about past failures. I took on new challenges with my eyes wide open to my limitations. Most importantly, I realized that this once-untenable situation was all right! At last, nearly four decades later, I am not fighting with myself to be who I used to be. At last, I can be who I am. I work as a part-time SLP in a small private practice, and I volunteer as a brain injury support group leader. Now I am doing the best I can do and living a Level VIII “Purposeful, Appropriate” life. 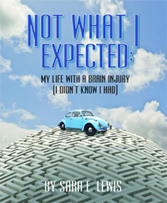 Sara E. Lewis survived a motor vehicle crash in 1977, on the last day of classes during her senior year at the College of William and Mary. She went on to earn a master’s degree in art history and pursued a career as a museum curator, and then she earned a master’s degree in business administration and pursued a career in marketing and communication. Finally, she earned a master’s degree in communication sciences and disorders and works part-time as a speech-language pathologist. Trained as a support group facilitator by the Brain Injury Association of Virginia, she started two support groups in Williamsburg and Newport News, Virginia, for brain injury survivors. She blogs at TheBrainInjuredSLP.com and has written a book, Not What I Expected: My Life with a Brain Injury (I Didn’t Know I Had). Sara lives with her husband, Ken, and therapy dog, Cici, in Williamsburg.

You traveled with a heavy load to carry, very heavy...Like being in a boxing match with one hand broken. You didn't  let it stop you..."breaking on through to the other side," is what I call it...I too, had similar circumstances thrust upon me...almost thirty-five years since TBI arrived upon my doorstep. My Mom did a tremendous job of providing support for me. Of course Dad helped to...once they both passed on out of the picture, TBI sustained also went bye-bye, evaporated into thin air. Never happened was the supposition...miraculously, or "just-right," either/or, on the crescent of thirty fifth years anniversary, situation is balancing out, do believe. Thanks for writing Sarah...Arthur Cortis

Sara, Beautifully done. My first brain injury was at 2 years old. My mother related stories about my fall, turning blue, and being unconscious. I had a severe learning disability which spontaneously resolved by high school. I went on to become a physician, medical school professor, teacher, and researcher. At age 62- 7 years ago, I was run over on my way to give a lecture. So ended my medical career. I'm writing my book, slowly of course, a work of personal therapy as much as source of guidance and hope. I'm now wanting to create of an Integrated (or complementary) medicine approach to brain healing, all things I wished I got in my own rehab. I look at this as my final chapter in contributing to others with TBI. Any suggestions would be appreciated. GG