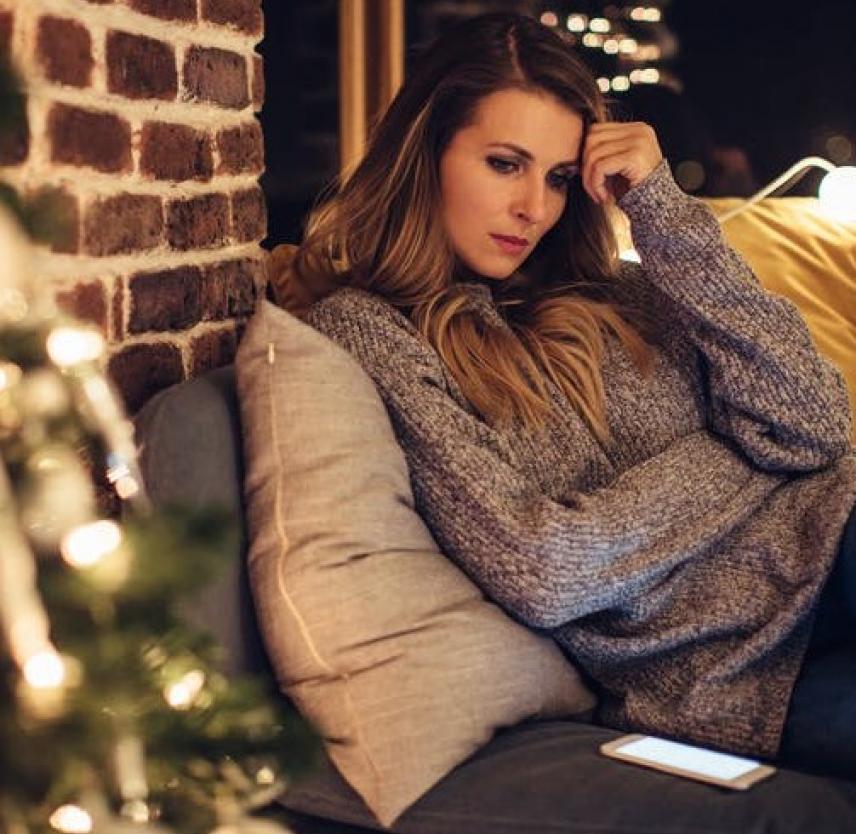 Nearly 50,000 Americans kill themselves every year, leaving behind millions of family members and friends. svetikd/E+ via Getty Images
Related Content:
Sheila Rauch, PhD: PTSD, Chronic Pain, and Suicide—Reach Out for Help and Hope
15 Tips for Surviving — and Enjoying — the Holidays with Brain Injury
Addressing Thoughts of Suicide

No matter the merriment of the season, the holidays remain a struggle for those who have lost a loved one to suicide.

In 2020, COVID-19 isolated many people from their families. Ironically, that isolation may have spared suicide-loss survivors some suffering; with no family gathering, one was less likely to notice the empty seat at the table. But this year, with many families coming together, grief will surely find its place.

Half of all Americans know someone who has died by suicide. I am one of them, and the death of my grandmother inspired me to become a suicide researcher. My co-author and colleague, a fellow psychologist and professor of social work, has examined how families can best cope after a suicide. Here is a brief look at some of the startling things we have learned.

Suicide impacts far more people than you might think. In 2020, a staggering 45,800 Americans killed themselves]. Suicide is the 11th-leading cause of death overall in the U.S. and the second-leading cause of death for youth and young adults. There are more suicides than deaths from car accidents, homicides or breast cancer every year in the U.S.; between 1999 and 2018, the suicide rate increased by 35%.

Stunning as these statistics are, they reveal little about the devastation that suicide leaves behind. Our work demonstrates that, for each suicide, an average of 135 people knew the person. That’s 6 million Americans every year who are directly impacted from the loss of a life to suicide.

Along with grief, many suicide-loss survivors feel guilty. They believe they contributed to the death or could have prevented it. Some spend the rest of their lives wondering “What if?” One study shows that 92% of parents who lost a child to suicide experienced guilt; 34% report the guilt was the worst part of their grief.

Helping those left behind

Although survivors often say “I should have known,” no one can predict suicide, not even the experts. Researchers and clinicians are no better at forecasting suicide than they were 50 years ago. Their odds of a correct prediction are roughly the same as a coin flip. To expect a layperson to succeed where experts frequently fail is unreasonable.

There are hundreds of risk factors for most suicides; single-cause suicides are very rare. Those who feel solely responsible for a loved one’s suicide are being unfair to themselves.

Put simply, those who kill themselves feel lonely and disconnected. They feel like their death would be better for friends and loved ones. The pain becomes so overwhelming that the person overcomes the most powerful instinct of the human species: self-preservation.

Often, family and friends don’t know what to say to someone coping with a suicide loss during the holidays, so they say nothing. It feels safer.

But withdrawing does not help. Instead, just be there. You don’t have to make a speech; “I’m so sorry” is enough. Let them know they are not alone. Let them talk if they want to. Let them share stories about the person so that the death – those last minutes of their life – does not define how the lost loved one is remembered. Don’t be afraid to say the person’s name or ask questions about them.

[Over 140,000 readers rely on The Conversation’s newsletters to understand the world. Sign up today.]

These very simple acts of listening, being present and offering space to talk about and reflect on the person who has been lost will be more meaningful than you can imagine. This is particularly true when others in the survivor’s life are withdrawing because they don’t know how to interact with someone who has experienced this type of loss. For those you care about who have lost a loved one to suicide, you can help make the holidays a little easier and maybe even brighter.