Executive Functions and Communication in Adolescents 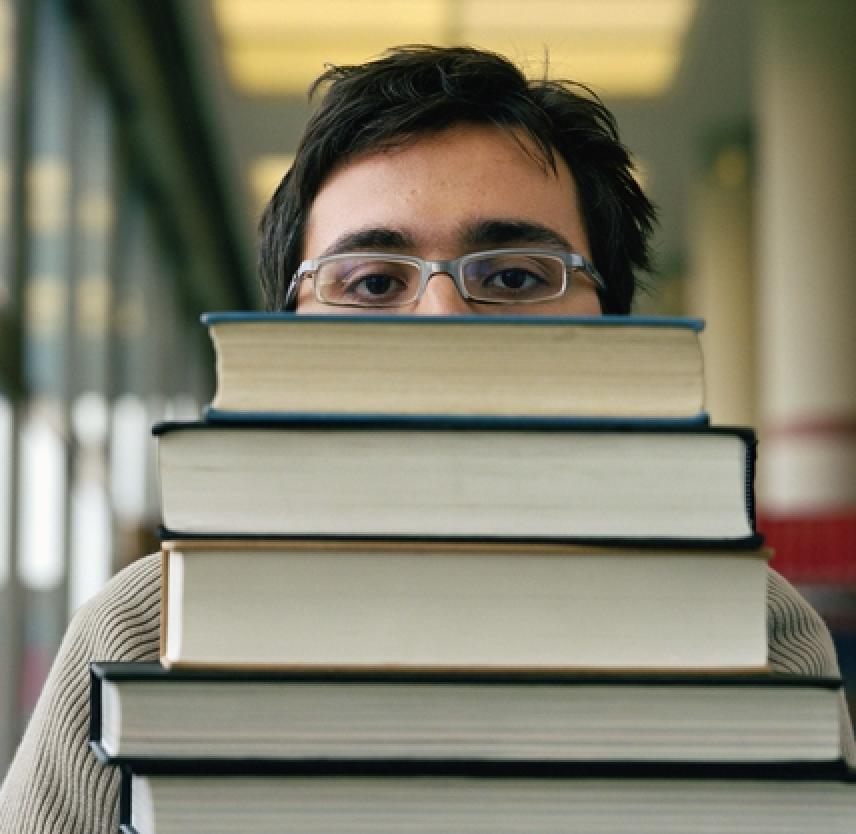 Related Content:
Helping Your Child Return to School Successfully
School-Based Assessment of Executive Functions
Back to School After a Concussion
Help from a Neuropsychologist: The Big Picture
Testing Memory, Attention, Behavior, and Much More
Returning to School After TBI

Adolescence is the stage of development that begins at about age 11 or 12 years and continues through the teen years until it ends, at least in Western cultures, in the early to mid-20s with the attainment of social, emotional, and financial independence. We think of adolescence as a time of significant physical and psychosocial changes, as teens gain inches and pounds; go through puberty; separate emotionally from parents to affiliate with peers; develop relationships and a sense of identity; and ultimately make the transition to independent young adulthood. Adolescence also is a time of significant brain and cognitive development and, related to these developments, significant changes in communication functions. In this article, we summarize key brain and cognitive development during adolescence, with a focus on the development of executive functions (EFs) and how these functions are evaluated, and illustrate links between EFs and communication disorders in two clinical populations.

Adolescence is characterized by both an increase in white-matter volume (myelination), which is a continuation of changes throughout childhood, and changes in grey-matter volume. Grey-matter changes are complex, beginning with an increase in grey-matter volume in preadolescence, which is thought to reflect a wave of synaptogenesis (production of new synapses), followed by a decrease as those new synapses are pruned back. In other words, adolescent brain development seems to echo what is seen during the first two years of life, when the brain is particularly sensitive to factors such as hormones and environmental input. These grey- and white-matter changes are not uniform throughout the brain, as certain regions seem to be more plastic during this stage.

The region that has received the most attention in the adolescent research literature is the prefrontal cortex (PFC). There continues to be debate about the exact nature of PFC developments in adolescence, but researchers agree on three main points:

"Executive functions" are complex cognitive control mechanisms that allow for goal-oriented behavior, and include updating working memory, cognitive flexibility, inhibition of irrelevant information, and self-control (Miyake et al., 2000). There is growing evidence that EFs continue to develop through late adolescence and into adulthood (for review, see Crone, 2009), and are related to important outcomes such as academic achievement (Latzman, Elkovitch, Young, & Clark, 2010). Together with increases in information-processing speed, EF improvements facilitate development of more abstract and efficient processing of language, which is reflected in adolescent language developments such as use of complex syntax (e.g., multiple embedded clauses), abstract language use, and skills such as debate and persuasion (Nippold, 1998).

These skills are evident in both spoken and written language, and allow students to meet increasingly complex academic demands. As Singer and Bashir (1999) state, students learn to "make plans, discuss, evaluate ideas, participate in groups, reflect on their work, change their minds, and rewrite their papers" (p. 267). The complexity of these communication tasks and the expectation that they will be completed independently increase substantially in adolescence. EFs also are critical in social conversations, which require the ability to maintain and update information as the conversation progresses, inhibit distracting stimuli to stay on topic, and formulate relevant ideas to respond appropriately to conversational partners.

As EFs include several cognitive processes, assessment may either focus on specific sub-skills (e.g., working memory or inhibition) or evaluate activities in everyday life. The Delis-Kaplan Executive Function Systems (D-KEFS; Delis, Kaplan, & Karmer, 2001), which is used by neuropsychologists to assess EFs, is an example of a sub-skill assessment, and includes tests of specific skills such as inhibition and mental flexibility. The Wisconsin Card Sorting Task (WCST; Heaton, 1981), another example of a relatively specific test, requires examinees to sort cards based on dimensions such as shape or color. Sorting rules change throughout the task, requiring examinees to adjust their sorting rules flexibly while inhibiting previous sorting strategies.

Standardized tests of EF sub-skills have been widely criticized for their lack of ecological validity, in part because they typically bear little resemblance to the way EFs are used in everyday life. Also, given that EFs are used primarily for independent goal-oriented behavior (i.e., self-structured behavior in novel situations), these highly structured tests can mask deficits that would be evident outside of the clinic. Thus, adolescents who can organize their thoughts and complete academic assignments in a treatment session may fail to do so in real school settings.

To capture everyday challenges more accurately, many clinicians rely instead on activity-based assessment. Tools in this category include standardized tasks and questionnaires about behavior in daily living, as well as individualized tasks such as completing assignments needed at school, at home, or in social life (e.g., homework assignments or planning events). An example of a standardized activity-level test is the Functional Assessment of Verbal Reasoning and Executive Strategies (FAVRES; MacDonald, 2010), developed by a speech-language pathologist, Sheila MacDonald, to evaluate EFs in a communication context. The FAVRES presents adolescents with everyday situations such as planning a school week schedule that includes meeting homework deadlines, allowing study time, and completing other social obligations. The test provides a picture of how adolescents integrate several pieces of verbal information, evaluate priorities, and produce written and oral responses in situations similar to those encountered in their lives.

The Behavior Rating Inventory of Executive Function–Self-Report form (BRIEF-SR®; Guy, Isquith, & Gioia, 2004) is a commonly used standardized questionnaire for assessment of EFs in daily life. The BRIEF-SR asks adolescents to evaluate the frequency of behaviors in several domains, and includes more than 20 questions related directly to communication function (e.g., "I don't ask for help even when I need it," "I say things without thinking," "I have good ideas but cannot get them on paper"). Answers can be compared to parent or teacher ratings from the BRIEF Parent-Report version (Gioia, Isquith, Guy, & Kenworthy, 2000).

EF developments during adolescence are reflected in changes in scores on these tests. For example, perseveration errors on the WCST decrease from childhood into early adolescence and monitoring of feedback continues to improve through later adolescence (Somsen, 2007). Working memory test scores also improve throughout this age range (Conklin, Luciana, Hooper, & Yarger, 2007). Improvements in EFs are reflected not only on tests of component functions but also on activity-based measures, such as the BRIEF (Guy et al., 2004).

EFs in Adolescents With Communication Disorders

The original definition of SLI, as indicated by the label itself, suggested that only language was impaired. Growing evidence, however, indicates that other cognitive functions also are affected, including EFs (Im-Bolter, Johnson, & Pascual-Leone, 2006). Standardized language test scores move into the normal range for many adolescents with SLI — in part because these tests were not designed to capture communication functions related to EFs — so the impact of EFs on communication functions at this age may be underestimated.

To learn more about EFs in adolescents with SLI, Hughes, Turkstra, and Wulfeck (2008) administered the BRIEF-SR to adolescents with and without SLI, and compared scores between these two groups and also to parents' scores on the BRIEF Parent-Report Form. Results showed that parent and self-ratings of EF problems in everyday life were significantly higher for adolescents with SLI (i.e., indicating more problems) than for peers matched for age, sex, and race. In addition, in the SLI group, 57% of parent ratings were in the clinically impaired range, compared to 10% in the typical group.

Further, anecdotal comments from parents of adolescents with SLI revealed that EF-related problems were their main concern; worries about their children's ability to use communication skills effectively in social interactions, live independently, and obtain competitive employment far outnumbered their concerns about formal language skills. Although there continues to be debate about the underlying basis of EF problems in adolescents with language impairments (Booth, Boyle, & Kelly, 2010), these data suggest that EFs should be considered in intervention planning for this group.

ABI is a general term used to describe acquired damage to the brain, and includes traumatic brain injury (TBI) as well as non-traumatic brain disorders such as encephalitis, hypoxia due to cardiac and respiratory arrest, and brain damage due to side effects of chemotherapy and radiation cancer treatments. EF deficits are the signature impairment of TBI, and historically these impairments were attributed to the high prevalence of frontal lobe lesions in this group. As assessment tools and conceptual models of EFs have been refined, however, it has become clear that EF impairments can result from lesions virtually anywhere in the brain, and can be seen after virtually any acquired damage to the brain.

Adolescents with ABI are at high risk for EF impairments because their EFs are still developing. If this process is interrupted by neurological damage, EF development may slow or even plateau at around the age of injury. Gamino, Chapman, and Cook (2009) referred to this as "cognitive stall," a process that can occur one or more years after injury as cognitive recovery slows and then appears to stop. At thisstage, the client might appear to be showing "new" EF impairments, because ABI effects are becoming more evident as more sophisticated skills are needed. Thus, anticipating future EF limitations is a major component of pediatric and adolescent speech-language pathology rehabilitation. As Marilyn Lash said many years ago, in pediatric brain injury time reveals all wounds (Lash, 1996).

Pragmatics — which demands context sensitivity, cognitive flexibility, and metacognitive skills — is the communication domain in which EF impairments are most evident after ABI. Adolescents with TBI may interpret information literally, lack the verbal skills to explain or persuade, make comments that seem irrelevant or random, or fail to "read" other people well enough to know when to stop talking, all of which may carry significant social and academic penalties.

The contribution of EFs to these functions seems obvious, yet consideration of EFs often is not part of the SLP's evaluation.

Knowledge about the relationship between EFs and communication is still emerging, and assessment tools are correspondingly limited. As we learn more about this complex topic, a few general strategies may be helpful. Clinicians can:

SLPs have an important role in the evaluation and treatment of communication deficits related to EF dysfunction in adolescence. Adolescents in many different clinical groups may face similar communication challenges as EF demands increase in both school and social contexts, and it is important to understand that standardized language tests may not detect these problems. Brain and cognitive developments that occur during this stage may present a window of opportunity for treatment and an opportunity to build skills that will serve adolescent clients as they make the transition to adulthood.

Lyn S. Turkstra, PhD, CCC-SLP,  is an associate professor in the Department of Communicative Disorders at the University of Wisconsin-Madison. Her research focuses on cognitive-communication disorders in adolescents and adults with acquired brain injury. Contact her at lsturkstra@wisc.edu.

Lindsey J. Byom, MS,  is a doctoral student in the Department of Communicative Disorders at the University of Wisconsin-Madison. Her research interest is in the interaction of executive functions and language in adults. Contact her at ljfrederixon@wisc.edu.