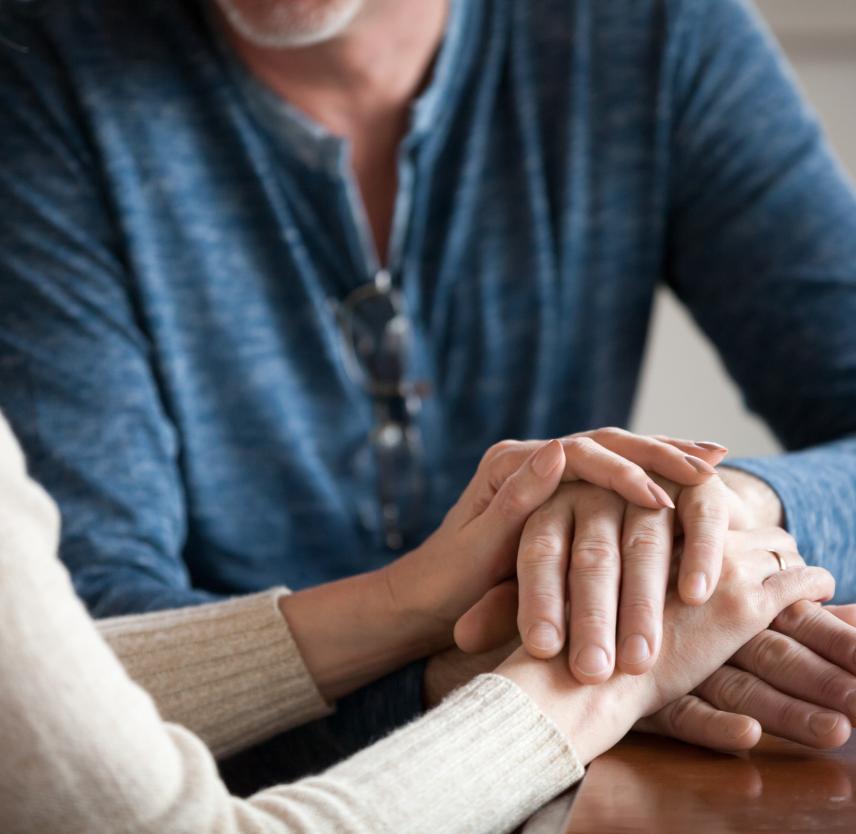 TBI changes communication in a marriage

The woman in my office was clearly a very successful woman, who for the most part, usually had it together.  But now it appeared she could fall apart at any second. She was there to talk to me about her husband who had a traumatic brain injury (TBI). She told me that since the accident, he had made terrific strides learning to walk again, improving his balance, and regaining most of his thinking skills.

Despite these monumental improvements, there was still a terrific strain in their relationship.  She no longer felt “connected” with her husband. The wife was frustrated and perplexed. Prior to the injury, which was just months before they were married, he was an extremely compassionate person always in tune to her emotions. Now he was oblivious to her needs.  He never comforted her in times of sadness or worry. He was unresponsive to her frustrations.  He never participated in her joys, not even when their first child was born. Was this because he didn’t care?  Most people would assume so, but as you read on, you will see that this is because he just couldn’t tell how she was feeling.

Brain injury can affect relationships with everyone

In the last decade or so, researchers have slowly started to realize the impact of social challenges on an individual’s quality of life and well-being. Scientists are trying to understand the different sources of relationship problems after brain injury and figure out ways to address them.

What changes after a brain injury?

Why does it become more difficult for many persons with brain injury to develop and maintain relationships? Well, a lot of things change, but an area that researchers are very interested in now is emotion. This is not simply referring to people who have trouble controlling their emotions, which often makes social interactions uncomfortable. It’s much more complicated than that.

Reading and responding to needs and emotions of other people

What is the key to good relationships and social interactions? How well we interact depends a lot on being able to read and respond to other people’s needs and emotions, while effectively communicating our own. Let’s review why this is trickier than it sounds.

For the most part, people don’t always tell us what they need or how they are feeling. Instead, this information is subtly expressed through facial expressions (for example, knitted eyebrows), tone of voice, or body language. Believe it or not, recent studies show that as many as fifty percent of people with a brain injury have a harder time correctly “reading” other people’s needs and emotions. They may not pick up on these subtle cues or inferences, and only pay attention to the words that the person actually says – which is only half the picture.

Research has shown us that after a brain injury, people may tend to see no emotion when there is one, or mistake one emotion for another. Both errors have significant consequences. If a person sees no emotion when there actually is one, the person won’t respond to another person’s emotional need because it is not recognized. For example, if the person doesn’t realize that a spouse is sad or a boss is annoyed, there is no reason to offer comfort or to take action to solve the problem. If the person mistakes one emotion for another, such as assuming someone is angry when someone is actually sad, the interaction is more likely to be confrontational rather than supportive. This behavior would obviously be a problem.

Expressing too much emotion

It’s not only important to be able to read the emotions of others, but it’s also important that we accurately and appropriately express our emotions to others. After brain injury, we often see exaggerated expressions of anger or sadness. The pitfall with expressing these emotions is that this might not be what a person is actually feeling. People who express a lot of anger are often feeling other emotions, such as fear or sadness. However, they may act angry because they are not aware of their other emotions, or because they don’t know how to express or deal with their sadness or fear.

In cases where the person is feeling angry or sad, they may “take out” these emotions on people who were not responsible for causing these emotions. In instances when they are angry with the person they are interacting with, they may be verbally or physically aggressive because they may not be able to handle their emotions rationally and/or not know how to communicate these feelings in a calm way.

Language and cognitive problems can present an even greater challenge. Nonetheless, inappropriate expressions of anger are likely to receive an undesirable response, such as pushing people away or inflicting anger, when what is really needed is support and understanding.

In contrast to those who are overly expressive with their emotions, there are people who show very little emotion after a brain injury. This will also be a problem for relationships and social interactions. When we talk with people, we try to get an idea of how they are feeling so that we know how to respond to them. If we can’t tell how they are feeling, it creates a lot of questions. Do they enjoy spending time with me? Does this person care about me or how I feel?  What do they think of me? When people are not emotionally expressive, social interactions can be confusing and unsatisfying.

The bottom line is that relationships are built on emotional exchanges that result in shared emotional experiences and the understanding of one another’s feelings. We must tune into the emotions of others and make sure we are kindly expressing our own. These are skills that often become more challenging for individuals after brain injury. The good news is that it appears to be a skill that can improve with treatment.

My husband and I both suffered serious brain injuries after a car crash. A social worker came to tell me that we had about a 5% chance of staying married. Well it has beena huge challenge, and yes sometimes you just want to throw in the towel and run away. But we have made 20 years so far, which takes us to 45 years married. Both of us struggle and there are always tough parts. Sometimes we do not know how or where we find the strength to keep going. But we are glad we are still together noone else can understand how we do it

Getting divorced after husbands injury which was mistreated for years as a migraine when it was growths on brain that caused scarring. After he got out of hospital and 6 months of rehab he decided he wanted an open marriage, cheated, and said he’d been miserable throughout the marriage. Was he? I didnt think so but who knows now. As the wife felt Abandoned by care because no help was offered or given to us as a family.
For me it has been total devastation. It has been a year and i am sad as hell still crying all time and ANGRY. Win’t talk my family and dont because they have been a major source of stress. Seriously thinking moving overseas to start a different life at 52. No kids, no hope, no love after 20 years together.