Can Meditation Help After Brain Injury? 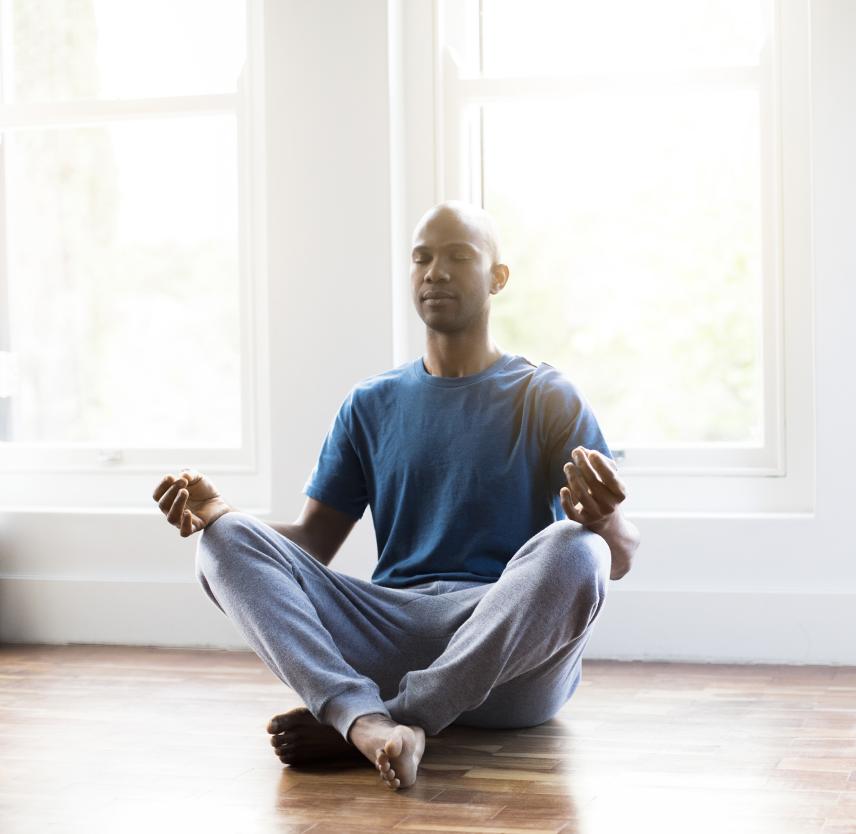 Meditation may hold some benefits for those with TBI, but currently there is not enough research on the ability of those affected by TBI to meditate or the impact of meditation on those with TBI, and the few published studies report different results, so its effectiveness remains to be proven.

The Defense Centers of Excellence has recognized that meditation and other mindfulness techniques can help reduce anxiety and depression and may be effective for panic disorders, binge eating disorders, and substance abuse. However, little research has been done with regard to these methods’ effectiveness with TBI. There is very little literature on the topic, mostly with small groups of individuals, but there are some promising findings.

There is some evidence that meditation may benefit individuals with TBI, especially when a tradition mindfulness-based stress reduction (MBSR) program is specially modified. Individuals with mild TBI have experienced improvements in quality of life, memory, depression, and regulation of attention after 10 to 12 weeks of training and practice. These modified programs focused on things such as meditation, breathing exercises, guided visualization, and reframing the TBI through acceptance. Practicing acceptance (which is at the heart of mindfulness based work) also could be an important factor for individuals with a TBI in particular to deal with negative self-image. One study revisited its participants a year later, and they reported continued improvement in mental health, including reduced symptoms of depression.

There was one relatively large study on brief mindfulness training for TBI-related attention problems that found no significant differences in associated symptoms over a one-year follow-up period. Although that study led to the conclusion not to recommend such training, its researchers also said that further research was needed and that their therapist contact had been low, possibly affecting the impact of the training.

While it is unclear how meditation as a whole affects TBI symptoms, there is other research showing that meditation has a positive impact on TBI-like symptoms:

The ability of someone with TBI to meditate and/or benefit from meditation may depend on the type and severity of the TBI. The location and extent of the injury also could impact one’s ability to meditate. It is also important to keep in mind that the successful studies mentioned above adapted the MBSR program specially for TBI patients by focusing on attention skills, awareness, and adopting a nonjudgmental attitude. Other typical meditation practices might not be as successful. In general, caution must be practiced in interpreting research to date because there just isn’t enough evidence.

TBI is a significant issue for military personnel, notably those who have been deployed to combat zones, but there is no research to date on Warfighters with TBI. Some research suggests that meditation may help some TBI-related symptoms. Moreover, researchers in TBI emphasize that treatment methods integrating awareness, self-concept, self-efficacy, and emotional issues—which theoretically could be accomplished through mindfulness/meditative practices—are crucial to rehabilitation and reintegration of TBI patients. However, the few published studies to date report mixed results and further research clearly is needed.

Meditation is actually a very good way and path for Peace, balance in life and happiness.